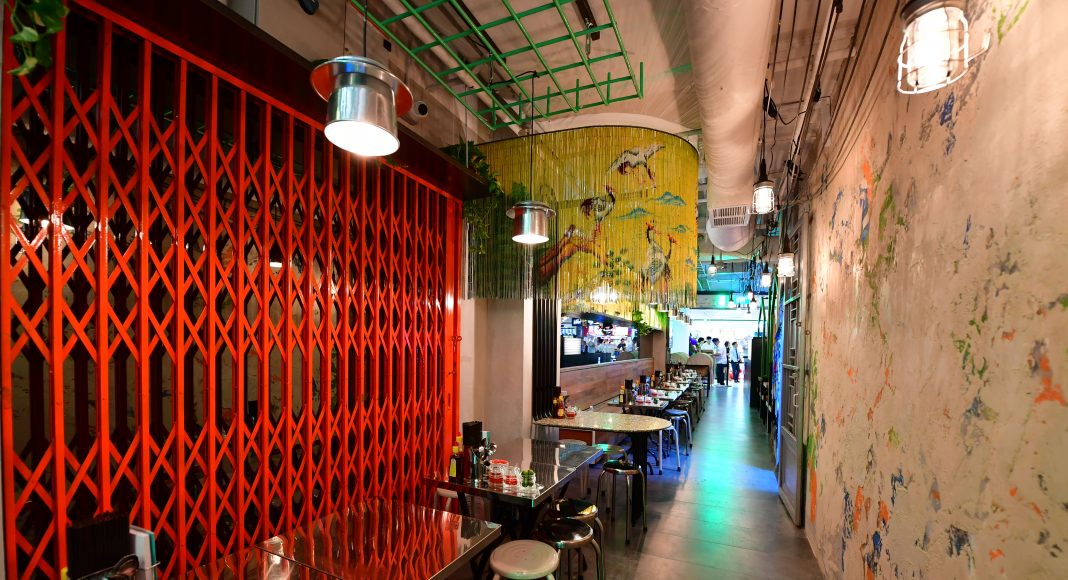 The Geography of Vietnamese Cuisine

When it comes to food, Singaporeans are spoilt for choice. Whether you’re craving for a comforting bowl of ramen or a hearty local zi char, a simple search on the internet will point you the nearest restaurant. Singaporeans are unabashedly patriotic to food (and bubble tea). Almost everyone has a curated list of go-to dining spots. Given the limited size of the city, Singaporeans can practically find all their favourite cuisines in one location or one mega shopping mall.

The island nation is also culturally diverse, and we can expect more overseas food brands settling on our shores. Then again, there is always a debate over “indigenous” experience, but that’s precisely why we travel. We do not wander in our own country the same way when we are in someone else’s, unless we are told to play host to our overseas friends — for instance, travelling to the east side of Singapore for a bowl of Laksa.

And if you have been suffering from post-holiday blues after traversing the mountains and alleyways of Vietnam, then feasting is perhaps the best remedy in cosmopolitan Singapore, at least until your next vacation.

Although Singapore is said to be a nation of foodies, my glossary of Vietnamese dishes is unfortunately limited to phở and bánh mì, till I met Mrs Pho.

Phở is Vietnam in a Bowl

For the uninitiated, a bowl of pho is Vietnamese noodle soup with sliced beef, topped with a handful of chopped herbs and chives. Each diner will customize their bowl to taste, with squeezes of lemon, slices of red chilli, sprigs of basil, and dabs of hoisin sauce.

There is more to a bowl of pho than meets the eye. It is Vietnam’s history in a bowl. The origin of pho dates back to the late 19th century when the French colonization of Vietnam first began. The dish is said to be concocted in the northern region of Vietnam (Nam Dinh and Hanoi) when the French colonizer ordered cows to be slaughtered for their signature beef stew, pot au feu. By now you would have guessed it, the Vietnamese pronounced feu as pho, and made use of the leftover beef parts. It is also important to note that prior to the influences of French heritage, the Vietnamese do not consume beef as much as pork mostly because they raised the cattle as work animals to pull carts and to plow fields.

For the early-rising Vietnamese population, pho is like our kaya toast and eggs, which is typically consumed for breakfast. It’s how you start your day. Nonetheless, pho makes a great meal any time of day or night.

What’s interesting to know about this classic noodle soup is that there’s no definitive recipe according to Mrs Pho. The dish is cooked differently in every Vietnamese household. Every pho lover will tell you that they judge the quality of the dish from the look and flavour of the broth.

There is no denying that pho is Vietnam’s most famous culinary export. But that’s just the tip of the iceberg when it comes to Vietnamese cuisine as vast as its geography.

Now, you must be wondering who is this Mrs Pho that I’ve met. Well, for fans of Vietnamese cuisine, you would have known her from the humble eatery located along Beach Road.

Mrs Pho is a tribute to the mother, grandmother and aunts of its founder, Hoang. These are the women who have selflessly fed their family out of love and whom he crowns the best cooks in his life. The newest Mrs Pho outlet is in Vivo City, Singapore’s largest retail and lifestyle destination. Stepping inside the eatery feels like walking into the alleyway of Saigon! That’s the kind of ambience Hoang desires for the diners to experience as if one is enjoying a meal in Vietnam.

I was lucky to meet Hoang’s mother, Mdm Lộc (her name literally means happiness/goodness) who is the original Mrs Pho, and she plays a significant role in the creation of the menu. She grew up in Saigon before having to flee from the war, and her cooking style is a mixture of Southern and Northern influences. Through Mrs Pho, they wish to showcase the depth and breadth of Vietnamese cuisine that’s more than just pho.

Mdm Lộc shared with me that traditional Vietnamese cooking is known for its fresh ingredients and extensive use of herbs and vegetables to achieve light, balanced flavours. It is considered as one of the healthiest cuisines worldwide.

Instead of generalizing the flavours of Vietnamese food, we ought to understand the geographical makeup of Vietnam along with the cultural influence that has resulted in three main food styles along the S-shaped country – Northern, Central, and Southern.

Vietnamese cuisine varies by region, with Chinese influences (such as stir-fries, noodles, and use of chopsticks) in the north, as well as Cambodian (Khmer) and French influences in the south.

And if you have been travelling around Vietnam, you will discover that rice is a staple in Vietnamese cuisine as it is widely cultivated throughout the country, particularly in the Red River delta in the north and Mekong River delta in the south. Rice appears in some form nearly in every dish such as rice noodle, rice paper rolls, and rice flour baguette. Although Vietnam is a country of tropical lowlands, hills and mountains, the seacoast and rivers provide seafood such as fish and crustaceans which have become a part of Vietnamese diet.

A visit to Mrs Pho is a delicious gastronomic experience of Vietnam’s regional home-cooked dishes.

Besides pho, here are some other underrated and delicious dishes you should try

At the newest outlet of Mrs Pho, you can find new dishes that are not available in the existing outlets (Rangoon Road and Beach Road) such as Moc Noodle Soup and Mamma’s Chicken Ham.

Bun Moc is street food originated from Northern Vietnam, the pork and mushroom-infused broth is lighter and less intense than pho. It’s the type of noodle soup that you might want to eat when you just want to enjoy a light meal or when you’re having a cold. While Chả Gà Chiên is Vietnamese chicken sausage patties which are usually served as an appetizer, and it pairs well with Bun Moc.