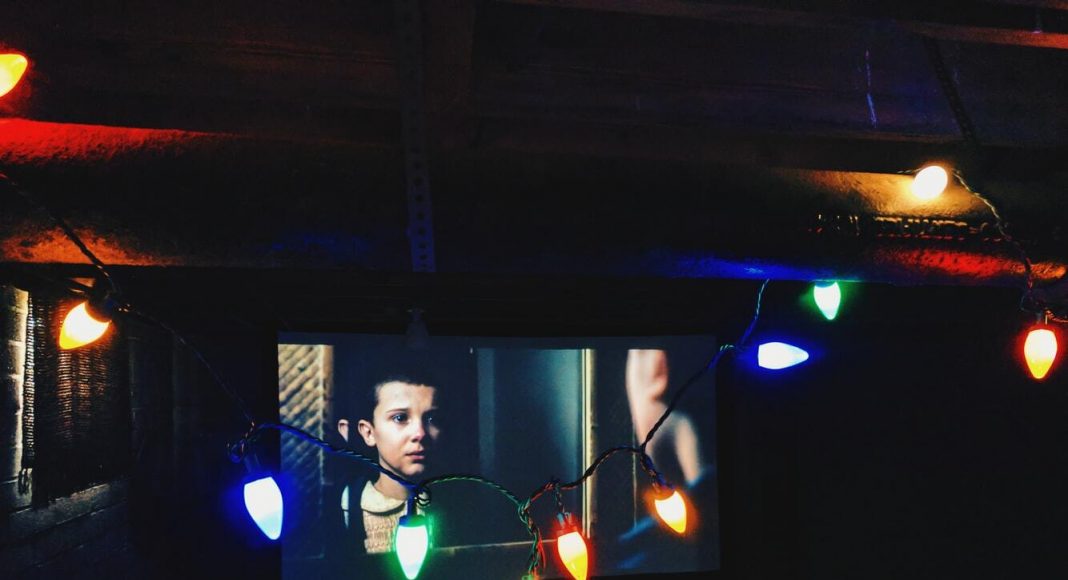 Working from home or e-learning is the new norm right now and all of us are slowly adjusting to a life which only a couple of months back was vastly different.

Some of us love the new changes, while some struggle with productivity at home.

There’s of course those who are serving their quarantine and Stay Home Notices (SHN) who suddenly find that there’s so much time to a day that we don’t actually know what to do with it.

Many are turning to board games or video games to tide them through the stale parts of the day. But then again, there’s only so long that you can play games and so many travel Instagram photos you can scroll through.

Whether you’re looking for alternative entertainment mediums or just something to pass the time, here are some of the best Netflix travel shows that can help with that wanderlust while you can’t travel right now.

Netflix’s Street Food has become one of the streaming platform’s most popular series, and it’s not hard to see why.

First off, it’s food, so no surprise there. Secondly, it’s specifically street food, which many look at as the soul of any country’s eating culture.

That’s exactly what Street Food is all about.

A documentary series that takes you around the world’s diverse street foods – from the night markets of Southeast Asia to the hidden alleyways of Japan and Korea – Netflix’s Street Food shines a lens onto the culture of eating outside and how the stories behind the food and their peddlers bring people together.

“My wish is for people to get a unique insight into Aboriginal culture, to feel a sense of ideology, the connection to the land, the peacefulness. It’s very important for me to feel that people take something special from this episode.” – @riverdylans Miss the last episode of Season 3? Catch up now on TenPlay.

Travel shows and documentaries often employ a captivating and charismatic host to execute and bring the whole show together.

Tales By Light is a series that takes the above and throws it out the window.

The show is still very much a travel and adventure series, but framed and told from the lens and viewpoint of professional photographers, videographers, and filmmakers as they travel the world and reveal of the most beautiful places.

Can’t say where we’re filming, but this is the inspection I undergo before every “talk to camera” part of the show. Our director @johnbedolis thoroughly checks my face to make sure I’m beautiful. He has a much harder job than I do. #somebodyfeedphil coming sometime 2020. (For new stuff meanwhile, visit Phil Rosenthal World YouTube Channel!) ♥️

Phil Rosenthal is perhaps most well-known for his decade-long hit sitcom “Everyone Loves Raymond”. But since the finale of the show, Phil hasn’t been shying away from the camera.

His latest foray takes us on a culinary journey of the world as he travels the world and beseeches people to well… feed him.

Guided by chefs, food writers, and friends from various cities across the world, Phil explores the interesting world of local delicacies and where to find the best eats in the city.

Somebody Feed Phil a fun watch and may help to satiate some of that hunger for travel, or make you crave it more.

Restaurants on the Edge is sort of like a tamer, well-thought-out, intricate version of Gordon Ramsay’s Kitchen Nightmares.

Hosted by three experts – designer Karin Bohn, chef Dennis Prescott and restaurateur Nick Liberato – the trio travel all over to far-flung places in a bid to help salvage restaurants that are failing.

What sets these restaurants apart is the fantastical views they possess; from the gorgeous lakes and mountains to the sunny beaches, the aesthetics and atmosphere are on point.

As our three hosts explore and learn more about the local food and creative scene, they stumble across local secrets unique to each city, from decades-old bakeries to centuries-old markets.

You’re taken on a tour through rarely seen before viewpoints and the show quickly becomes more than just about food. It’s an incredibly enriching show and if anything, it will make you yearn to travel even more than you already want to.

But hey, if living vicariously through these shows and platforms are the best we can do now, then you wouldn’t want to miss Restaurants on the Edge.

I'll never forget this moment! Daring to try something new and secretly finding out I'm a world champion fencer! (haha not really!) 😂 . Trying new things is the best part of life. You might not love everything but at least you can say you've done it! I'm so happy I got to Fence on the streets 💛 . What's something you're going to try new in your life? Something from the menu of life? I'd love to know 👇 . . . . . #kindnessmatters #leonlogothetis #inspirationalquotes #wisdom #kindnessquotes #gobekind #quoteoftheday #quotestoliveby #Kindness #thekindnessdiaries #positivevibes #netflix #inspirationalquotesandsayings #motivationalquotes #quotesdaily #fencer #comfortzone #fencing #friendshipquotes #freedom #kind #motivationquotes #positivequotes #quotestoinspire #adventure #travelphotography #kindnessrocks #kindnessisfree

Humanity’s selfishness has been brought to the forefront as the world comes to grip with the covid-19 pandemic.

Over buying and fighting each other for the last stock is a scene many of us have witnessed in our supermarkets, whether it’s here in Singapore or anywhere else. It’s not a good look for sure, especially when we have pockets of society who need these products even more than we do.

The Kindness Diaries is out there to remind us that there is good in all of us, and we, at our core have the ability to and will help each other.

At first glance, The Kindness Diaries just follows host Leon Logothetis as he rides around in his vintage motorbike.

But look deeper and each episode’s success hinges upon the kindness of strangers for food, shelter, and fuel. That seems like a lot, and truthfully, it is. But time and time again the show has proved that humanity can and will pull through to help.

If you’re looking for a feel-good story amidst all the negative news that are going around, give The Kindness Diaries a watch.