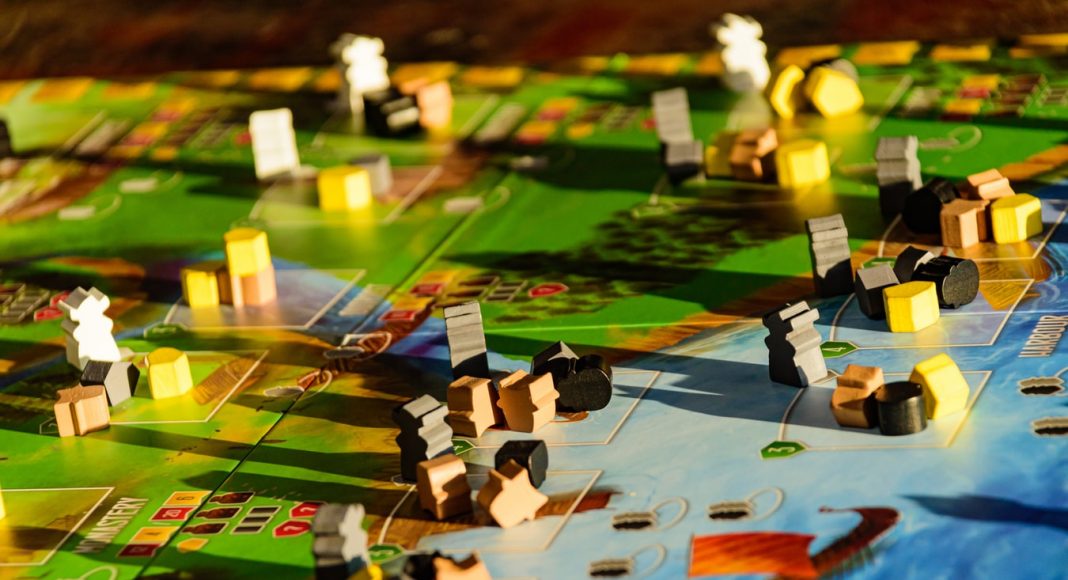 The world is besieged by Covid-19 right now and countries are scrambling to contain the spread of the virus.

Singapore is no exception as the developing situation over the past few days saw numerous travel restrictions imposed for inbound flights from around the region as well as the government beseeching Singaporeans to defer all non-essential travel.

With travelling essentially being cut off from us, and with the latest set of measures implemented by the government, extended time at home is commonplace now.

Here are some iconic and popular board games you can play with family and friends to spend the inordinate amount of time that has just dropped on your lap.

5 Board Games To Bond Over This Stay-In Month

Let's warm up your brain for the new week ahead! What's the best word you could play with this set up? #BrainTeaser #Scrabble #MondayMotivation

You’ve probably played Scrabble, or at the very least you’ve heard of it; the game is certainly one of the more iconic ones out there.

First created in 1938, Scrabble interestingly wasn’t a popular game when it first launched. Rumours have it that it was only after the president of Macy’s, the large departmental chain store in the US, started stocking the game that it blew up in popularity.
A test of one’s vocabulary and creativity, individual letters and placements on the board grant you varying points as players scramble to create complex and unconventional words to win the game.

Scrabble has grown to make its name internationally, being featured in popular culture and having a bunch of competitive tournaments.

Here’s what went down over the weekend at The Singaporean Dream Tournament! Thank you to all who came down to participate in our tournament, played the demos and bought our card game. We hope that you’ve enjoyed yourselves and have a great time playing with new cards from the NDP Booster Pack! 😉🇸🇬

A post shared by The Singaporean Dream by SGAG (@thesingaporeandream) on Aug 5, 2019 at 3:53am PDT

Developed and designed by SGAG (a Singaporean spin-off of 9GAG), Singaporean Dream has become one of the more popular modern board games here.

Players will choose between several roles that are inspired by various cast characters you’d typically see in Singapore society. From the Aunty to the PSLE Top Scorer, each character has unique quirks that play to the stereotype of each uniquely Singaporean character.

The goal? To achieve the Singaporean Dream of course, which in this case is having the most number of dreams in your hand which range from “Get BTO Flat On First Try” to “Unlimited Annual Leave”.

A session that is sure to be filled with laughter, infused with an abundance of local elements and references, the Singaporean Dream is a fun game for the family and friends.

What's your favourite board game? 😁 It's always been Monopoly for me, and with so many different editions I'm loving it even more 🙌 Got Ticket to Ride for Christmas though and I have to say, I've been playing it more than Monopoly recently 🙈❤

Monopoly is considered one of the world’s classic board games ever, and almost every household has surely played this game before.

Created back in 1903, Monopoly was designed based on the idea that the economy of a society benefits when it rewards wealth creation. I mean, just the naming of the game, Monopoly, is derived from the economic concept of a single entity dominating the market.

From buying properties to collecting taxes, Monopoly is one game that will truly pit players against each other as they strive to outwit and outbuy each other. Bring your A game as everyone’s competitive spirit will be out.

The game is so big today that there are multiple themed Monopoly games created, drawing from tv shows like Game of Thrones to movies like Harry Potter.

Clue or Cluedo (depending on where you’re from) is one of my favourite board games and a personal go-to whenever I have friends over.

Mystery and detective genres have always enraptured me, and Cluedo is one of the best ones out there within the genre. A murder has been committed and players have to compete to figure out who died, the murder weapon, and the location of the deed.

Created in 1950, the game mechanics isn’t tedious by any means, and any Sherlock Holmes fan will naturally become enthralled with the game.

Everyone will most definitely be on the edge as you and your friends rush to be the first one to solve the mystery.

Barney! Dinosaur! Try to get them to guess “Purple” without saying any of the taboo words! Have a break from your Monday and play Taboo at Affinity Games today, for only P25 per hour/per head! . . . . . #affinitygames #affinitygames🎲 #affinitygamescdo #boardgames #taboo #tabletopgames #hobby #fun #boardgamesofinstagram #tabooboardgame

Taboo is one of those board games will surely get you pulling your hair out as you realise how difficult it is to describe some of the most basic and everyday words we use.

The name of the game is simple – you have an allocated amount of time to get your teammates to guess as many keywords as possible. The caveat? You can’t actually say the word itself or the 5 associated words given on the card!

Watch the night just devolve into hilarity and madness as you realise how many words you simply miss.