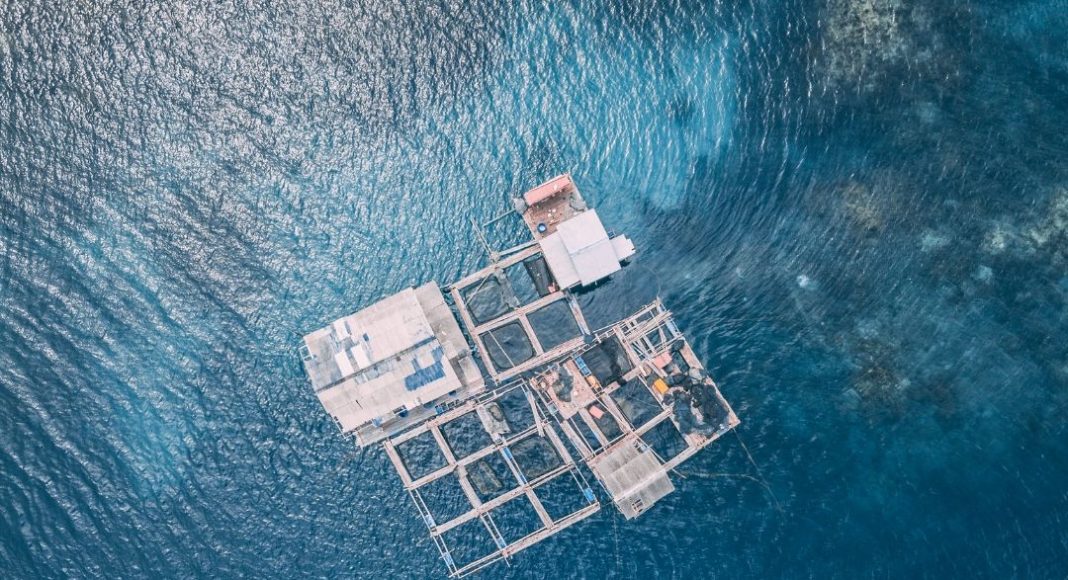 Scan through any media report and you’ll be sure to find the standard/typical/mainstream narrative when it comes to describing Singapore – a sweltering hot, modern (bordering on futuristic) city with skyscrapers that span across the entire island – it fits the description of an urban concrete jungle to a tee.

We’re not here to subvert this stereotypical impression many have formed of Singapore. Singapore is what it is — the fast pace of life, the steel towers that shoot up into the sky, the emotionless day-to-day that drones on and on, day after day.

What we’re here to show is that maybe, just maybe, if you look just a little deeper, under the metallic and shiny facades, there is a side that is full of history and culture, and life.

Oh, and farms too.

Ah Hua Kelong was founded some 20 years back by Ah Hua, though it is currently being run by friend duo Jing Kai and Bryan since they learned the ropes and took over in 2014.

With a large percentage of seafood being imported from Malaysia and Indonesia, Kai and Bryan wanted to bridge the gap between local seafood and local Singaporeans. Their fish farm boasts a wide variety spanning grouper, seabass and green mussels, to flower crabs, and even lobsters.

Today, its kelong-to-table concept has since spun two successful restaurants, Ah Hua Kelong @ Riang and Scaled by Ah Hua Kelong, the latter of which has a week-long waiting list.

With 30 years of history under its belt, Hay Dairies is the last remaining goat farm in Singapore. The 800 something goats on the farm supply dairy milk all over the island and you can find their milk bottles conveniently at supermarkets.

Hay Dairies is also open to the public and you can interact with the cute goats. We recommend heading down early in the morning at 9am to catch a glimpse of the milking session that takes place daily.

The goats are fed with alfalfa hay, which is said to be more nutritious. Goat’s milk has a lower fat content, more nutrients, and contains lower lactose levels compared to cow’s milk which means it’ll be more forgiving to those who are lactose intolerant.

Bollywood Veggies has little to do with the famed Hindi cinema. It does, however, have to do with co-founder Ivy’s half Indian heritage, and a reflection of the farm’s loud personality that typifies Bollywood.

If you choose to spend the day at there, they have their inhouse Poison Ivy Bistro which does a mean Blue Pea Nasi Lemak. Styling themselves as “Paradise on Earth”, Bollywood Veggies is leading the in the sustainable food movement.

Oh’ Farms champions using hydroponics technology and the benefits of consuming hydroponic produce such as being pesticide-free and providing high nutritional value.

Through this process, Oh’ Farms grow a bevy of herbs and spices that include thyme, dill, and oregano. What draws crowds to Oh’ Farms however, is their butterfly farm where they rear their own butterflies.You can enter a butterfly-friendly enclosure and observe locally-bred butterflies in a nature garden environment.

Purchase your own butterfly starter kit and you can contribute to the butterfly fauna and flora ecosystem that Oh’ Farms has so carefully designed and implemented.

Fire Flies Health Farm’s tagline is “Eat with a peace of mind” which explains the farm’s push to practice organic farming, believing only through organic farming and organic produce can one eat well.

The farm prides themselves on being 100% organic, eschewing animal waste as a fertiliser and opting for a special mixture of rock dust and seaweed to enhance the soil’s mineral content.

Apart from selling their own vegetables and fruits, Fire Flies imports a great deal of fresh organic produce as well, with the organic soy milk and brown rice cheese rings proving to be hits amongst the community.

Travelling is still a miles away as every country juggles reopening their economy and borders along with the potential of a second wave hitting.Singapore...
Read more
Tips & Trends

Catch the Summer Solstice in Stonehenge

While you can catch the Solar Eclipse in Singapore on 21 June at about 4pm local time, there is another celestial event taking place...
Read more
Singapore

Peranakan Culture In Singapore – Where To Eat, Play, and Sleep

The Peranakan culture can quite often fall between the cracks of the larger racial groups that make up Singapore; when you have a large...
Read more