In trials, these vaccines have shown to be at least 94% effective at preventing people from falling ill with Covid-19. But how safe is this new technology? We spoke to Michel Goldman, a professor of immunology and founder of the I3h Institute for Interdisciplinary Innovation in healthcare at the Université Libre de Bruxelles in Belgium. Here are five things to know.

mRNA vaccines, however, trick the body into making the viral protein itself which, in turn, triggers an immune response.

Although the COVID-19 vaccines made by Pfizer/BioNTech are the first mRNA vaccines to complete all clinical trial stages and be licensed for use, the technology has been around for a while.

Human trials of cancer vaccines using the same mRNA technology have been taking place since at least 2011. ‘If there was a real problem with the technology, we’d have seen it before now for sure,’ said Prof. Goldman.

Because the technology can be deployed extremely rapidly, and clinical trials have been so successful, mRNA platforms will be an important means of preparing for future epidemics, he says.

2. mRNA vaccines do not alter your DNA

A concern that some have had about the mRNA vaccines is that they could change people’s DNA. But that idea is ‘completely false’ and has ‘no scientific basis’, says Prof. Goldman.

‘The (vaccine) mRNA will not enter the nucleus of the cells, where our DNA is.’

Once the injected mRNA enters a human cell, it degrades quickly and only stays in the body for a couple of days. This is why people need two injections to develop the best immune response, he says.

‘The highest risk right now (especially for vulnerable people) is not to be vaccinated.’

The novel coronavirus, or SARS-CoV-2, has a complex structure, and different parts of the virus trigger the immune system to produce different antibodies to neutralise the virus.

mRNA vaccines are much more specific. They are designed to only trigger an immune response to the virus’s spike protein, which is just one component of the viral membrane and enables the virus to invade our cells.

To be sure this is the case, researchers are carefully monitoring that the vaccine does not trigger an unwanted immune response.

‘So far this has not been shown for the (Covid-19) vaccines.’ But it ‘will remain important to ensure the immune response triggered by the vaccine is focused on the viral spike protein,’ said Prof. Goldman.

4. Corners were not cut in the clinical trials and approvals process

Vaccine trials take place in stages, starting with trials on animals, and then three trials on people – Phase 1, Phase 2 and finally Phase 3.

The Pfizer/BioNTech vaccine Phase 3 trial involved more than 40,000 people. It began in July and will continue to collect efficacy and safety data for another two years.

However, after a vaccine is given to millions of people, very rare side effects that cannot be anticipated from clinical trials might develop, so researchers and regulators will be keeping a close eye on how the vaccine rollout goes. This will be especially important for Covid-19 vaccines based on innovative technology.

Regulatory agencies reviewed the data from Covid-19 vaccine trials more quickly than usual by looking at it on a rolling basis rather than only once the trials were complete, but they did not fundamentally change their rules. ‘I really don’t think that corners were cut in terms of safety,’ said Prof. Goldman.

The process was faster than usual because researchers had already built an mRNA platform – a way of getting viral mRNA into the body – for cancer and other vaccines under trial. It meant this could be put into action as soon as the genomic sequence of the virus was shared.

Companies and governments also took the risk of producing large numbers of vaccines even before the the first stages of experimentation had been completed, which meant they were ready to begin large human trials as soon as the results were in.

‘It’s a financial risk, because if you were wrong all this is lost. That’s why the risk is shared between the private companies and the governments,’ said Prof. Goldman.

5. The vaccine triggers an inflammatory response

The vaccine partly works by inducing local inflammatory reactions to trigger the immune system. This means that it’s normal for many people to experience pain at the site of the injection and sometimes fever and discomfort for one or two days after the vaccine.

‘This is something that has not been advertised enough,’ says Prof. Goldman.

A November survey in 15 countries found 54% of people were worried about possible side effects from a Covid-19 vaccine.

One unwanted response to the Pfizer-BioNTech mRNA vaccine came to light during the first day of mass vaccination in the UK after two people with a history of significant allergies reacted to the injection. The UK regulatory authority updated its advice to specify that people with a history of anaphylaxis to medicine or food should not get the shot.

Prof. Goldman was the first executive director of the Innovative Medicines Initiative, a partnership between the EU and the European pharmaceutical industry to speed up the development of, and access to, innovative medicines. 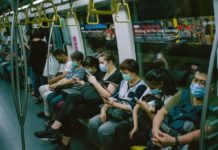 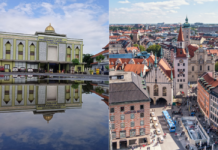 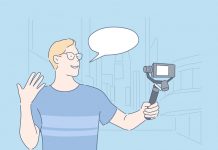 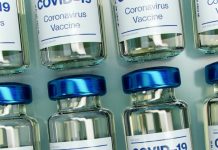 Will the Covid-19 vaccines be effective against the new strain? 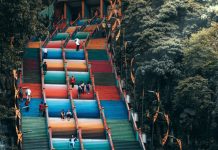 Malaysia Will Only Be Reopening To Tourists Next Year 2021 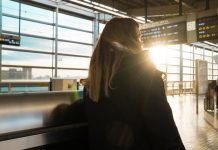