TOKYO – Travelling to Japan will still be subject to some conditions, including pre-entry tests for Covid-19.

On Friday 28 August, Japan Prime Minister Abe announced that starting from September, the entry restrictions will be lifted for travellers from abroad, allowing all its foreign residents with a legal residence status to travel freely and thus enabling those seeking re-entry to the country to return.

The re-entry restriction on its foreign nationals was introduced in April as a preventive measure to curb the spread of the virus outbreak.

The announcement comes in the wake of heightened scrutiny and harsh criticism over Japan’s travel restriction policy which have impacted the foreign communities and business groups, inevitably cutting thousands of people off from access to their livelihoods for months.

International business groups have repeatedly called on Japan to relax the entry barriers, which have significantly affected foreign-owned companies and businesses in Japan relying on international workers.

With effect from September 1, foreign residents will be required to undergo coronavirus testing upon entry and observe a 14-day quarantine period. The same conditions apply to Japanese nationals coming from abroad. For the list of countries subjected to entry ban, click here.

Japan has taken steps to reopen its borders to rebuild the economy. Discussions are still ongoing with other countries including New Zealand, Australia and China to resume business travel. So far, Japan has allowed business travellers from Thailand and Vietnam.

Starting in September, business travellers from Singapore as well as Malaysia, Cambodia, Laos and Myanmar will be allowed entry into Japan.

By now, you would have already heard that Singapore is on a 'knife-edge' with the recent spike in Covid-19 cases in the community.Personally, I...
Read more
Tips & Trends

Travelling to Singapore? Be insured against Covid-19 with Changi Assure

Travelling to Singapore during the pandemic? Here's what you need to know: Who is eligible to enter Singapore? Singapore currently accepts travellers from Brunei, China and...
Read more 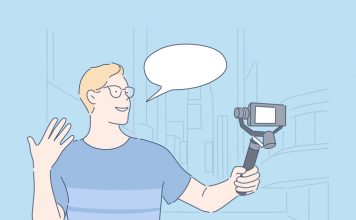