What You Need to Know About Kuala Lumpur 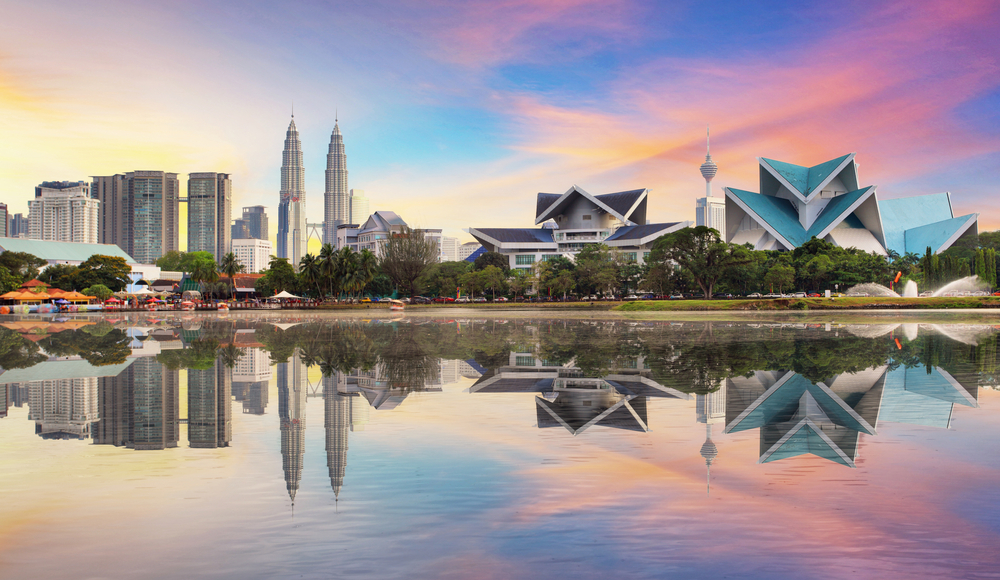 From an outsider’s point of view, Kuala Lumpur (KL) may seem indicative of an ultra fast-paced modern city. And you’d be correct for the most part. But for tourists and visitors, KL is one of the best cities to visit in Malaysia. From affordable shopping to scrumptious local delicacies to sky-high skyscrapers, KL has almost everything that you’d expect from a fast-growing city.

On the other hand, KL has always been the “land of opportunity” for Malaysians and international workers. It’s where most companies, international and local alike, set up shops to brave the ever-growing global demand for nearly any industry.

But we digress, this is, after all, a city guide for the capital of Malaysia – Kuala Lumpur.

As we’ve mentioned, KL, officially known as the Federal Territory of Kuala Lumpur, is the heart of the country. It is the cultural, financial, and economic centre of Malaysia. It is also home to the Parliament of Malaysia, as well as Istana Negara, the official residence of the Yang di-Pertuan Agong.

As for geographical locale, KL is enclaved within the state of Selangor, found on the central West Coast of Peninsular Malaysia. Within the city centre, you’ll find streets dotted with international brands and establishments catering to both the working class and tourists.

Of note, KL is home to the former tallest buildings in the world – the 451m-tall Petronas Twin Towers. The world-famous pair of glass-and-steel-clad skyscrapers with Islamic motifs can be found smack dab in the middle of the city (trust us, you won’t miss it) and is a must-visit attraction in our books. The towers even offer public access to the sky bridge and observation deck for a magnificent view of the entire city. Talk about Instagram goals!

Moving away from the city, you’ll find the skyline gradually opening up as you traverse into a more intimate setting. Imagine rows of antiquated shophouses offering a smorgasbord of various cheap, local delicacies. Specifically, smaller towns around KL such as Cheras, Kepong, and the like have their own unique charm that will surely attract tourists interested in going off the beaten path.

Indeed, KL has most of what you’d come to expect from a global tourist destination.

As any KL dweller would attest to, the city is always hot and humid so bring any light and airy clothing you have when visiting. Oh, an umbrella and some sunblock would help immensely too!

With Malaysia located in the equatorial region, you can expect only two kinds of weather year-round — rain or shine. Though, there is a monsoon season that takes place around the end of each year, from October to April. Other than that, it’s hot weather all year long with temperatures ranging from an average and mild 20°C average to a blistering 30°C and above on warmer days.

And while KL doesn’t experience the four seasons, the city’s personality is rather defined by its multi-cultural population that practise a variety of religions such as Islam, Buddhism, Christianity, and Hinduism. This potpourri of cultures and tradition results in KL having most of its festivals and events centred around religious occasions, as well as its national holidays.

The biggest and grandest religious festivals in KL are Ramadan, Chinese New Year, Deepavali, and Christmas. But there are other cultural festivals that warrant a visit for the experience such as Thaipusam (February) and the Mid-Autumn Festival (October).

Ramadan is held around the middle of the year but its actual start date depends on the lunar Islamic calendar. During this period of time, the city is adorned in viridescent ornaments and festive songs are playing everywhere.

Similarly, Chinese New Year marks the arrival of lion and dragon dances, red paper lanterns, fake cherry blossoms, and loud celebratory music in shopping malls and temples. You will also bear witness to the fantastic display of fireworks throughout the city if you ever visit KL in February.

Malaysia’s National Day or Hari Merdeka falls on the 31st of August each year. The Merdeka celebration is especially a highlight for visitors to KL as the glorious annual event always seems to top the one before it. Head on over to Dataran Merdeka in the wee morning of August 31st to secure your spot, and watch the prominent event unfold before your very eyes.

Every October, Little India Brickfields will be awashed in colours to celebrate the Festival of Lights, Deepavali. Other places to witness this religious affair include Hindu temples like Sri Kandaswamy Kovil Hindu Temple or Sri Mahamariamman Temple.

And finally, the widely celebrated festival in Malaysia is Christmas, which takes place throughout the month of December. KL’s streets will be lined with fairy lights, while malls bring out their best jolly Christmas decor. Also, the year-end sales make shopping for Christmas gifts a delight.

Tip: If you’re looking for iconic hotels in Kuala Lumpur or hotels with a view, visit Changihotels.com to unlock 60% off accommodation deals.

Getting Around Kuala Lumpur

As far as transportation goes, you will find a ton of options in the city centre. Taxis, buses, public transportation, and good ol’ walking will be your main forms of transportation while in KL. Renting a vehicle is also an option but we do not recommend it, as the gridlock in the city can be a massive waste of your precious holiday time.

The Mass Rapid Transit (MRT), Light Metro (LRT), Bus Rapid Transit (BRT), monorail, and commuter rail will definitely be your best bet in getting around the city. You’ll be able to arrive at almost any destination within the city with these public transportation networks. And if not, you could always fall back on taking taxis/e-hailing vehicles to places that aren’t covered by this network.

Staying in KL for a bit? We’d recommend purchasing a RapidKL pass to make your travels faster and more efficient. Say goodbye to long queues and buying single trip tokens! Otherwise, we think going on a hop on and hop off bus tour will also make getting around in KL a breeze too!

The Saturn is in orbit!! This month we introduced our next generation of e-scooters with the Beam Saturn – powered by Segway – which we'll be rolling out across our cities over the coming months. The Beam Saturn is designed to deliver safe, tougher and stronger rides, across all types of urban terrain. It has a larger aluminium alloy frame (the same grade as they use for airplanes!) and bigger, wider base and floorboard, and upgraded 10-inch tubeless pneumatic tyres which will help you glide over any bumps. And a powerful 350W rear-drive motor helps the Saturn tackle those pesky slopes. We'll let you know as soon as it hits a street near you!

Bonus Tip: There are e-scooters for rent scattered throughout the streets of KL if you’re looking to skip walking altogether.

Previous articleAre We Romanticising Travel Way Too Much?
Next articleOnline Money Exchange Service by Changi Recommends

10 Best Things To Do In Bangkok