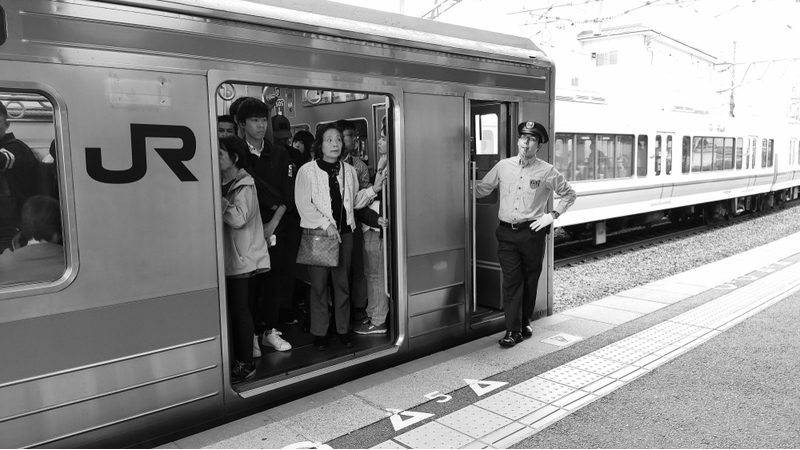 8 Things Tourists Should Never Do In Japan

Japan, for all its modern-day wonders and industrious workforce, has a certain charm behind its deeply ingrained (and at times delicate) culture. Japanese culture is indeed a one-of-a-kind heritage — with some of them even based upon ancient Japan’s myriad collection of local myths and legends — that has been passed down ad infinitum throughout multiple generations.

This very same enchanting lore that surrounds the oriental island nation has also been a constant attraction for countless wanderlust chasers, culture vultures, and inquisitive explorers alike. It’s easy to see why Japan (or rather, some of its cities) is always a mainstay in many top tourist destination lists.

But in a country full of unique interpersonal intricacies, unspoken rules, and social norms, some visitors may feel intimidated by what they should or should not do when visiting Japan. To make matters worse, the locals don’t exactly make it easy on the tourists either. Foreigners visiting the country are expected to at least be somewhat familiar with Japanese etiquette.

From how you eat to how you conduct yourself in public, here are some of the biggest no-nos a tourist should never ever do when they are visiting Japan. 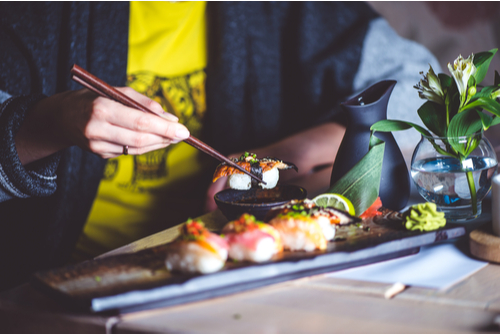 As the utensil of choice for the Japanese when they dine, the simple concept of using a pair of chopsticks to eat may escape your grasp (figuratively and literally), especially if you’re a Westerner. And like almost anything else in the country, there are certain social customs to follow when you use them, which we’ll colloquially term as “the chopstick rules”.

Off the top of the list, never stick your chopsticks upright in your bowl of rice as it resembles joss sticks used in a funeral ritual. And if you need to set them down, always use the chopstick holder next to your bowl or plate. Also, avoid passing food around from chopsticks to chopsticks, it’s considered as bad table manners too. If you must share your food (as most tourists would), use your chopsticks to set it on the plate first, before eating it.

Other bad table manners include rubbing your chopsticks together, tapping a bowl with your chopsticks, and pointing someone with chopsticks. Remember, keep these in mind when you dine and you’ll be fine.

2. Don’t Eat And Drink While You Walk

In Japan, you’ll also hardly see anyone eating or drinking while walking at the same time. The reason being, the Japanese places great emphasis on Ikkai Ichi Dousa — a phrase which roughly means doing one thing at a time. Thus, eating while walking is considered an impolite act in Japan.

Case in point, there are oftentimes marked designated eating areas found around most street food stalls for you to stand in to savour your meal. Similarly, drinks bought from Japan’s wide array of vending machines are also consumed almost immediately, sometimes even beside the machine — the cans/bottles are then tossed in the accompanying recycling bin.

Of course, there are exceptions to this rule. Certain times and events in which you may walk and eat include festival periods or other celebrations when plenty of food stalls are set up. Though, you should still be careful when doing this in a crowd as bumping into someone, even in places where it’s okay to walk and eat, is considered very rude. 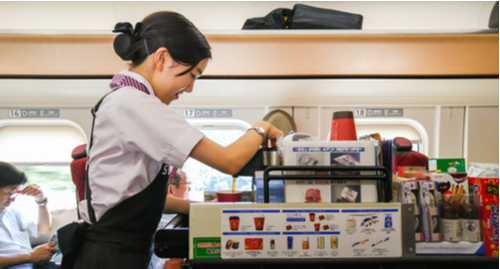 On a related note, eating or drinking in public transportation is also considered bad manners. But it’s an exception when you’re travelling on long-distance trains, where bento boxes are sold at stations to be consumed during your train journey. 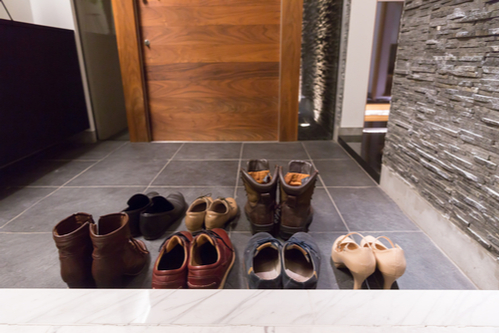 This is one of the more serious breaches of Japanese etiquette on our list. Outdoor shoes are considered unclean, and for this very reason, are replaced with indoor slippers at the entranceway of most Japanese homes. 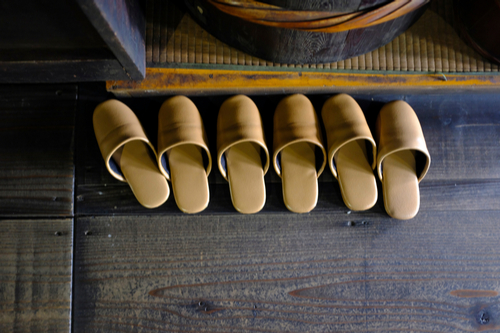 And this no-outdoor-footwear rule also extends beyond homes to include businesses such as traditional ryokan hotels, fitting rooms, schools, hospitals, and even temples or shrines. Some restaurants may also invoke this rule, particularly those wherein the diners are required to sit on the floor or traditional tatami mats to eat.

An easy indication as to whether a place has this rule is the presence of shoes lined up at the doorway. If there are, you can be sure that you must remove your shoes before entering, and there are usually slippers (both indoor and toilet slippers) available for you to put on.

Unlike some parts of the world where leaving a tip is commonplace (we’re looking at you, America), Japan does not have a tipping culture. On the contrary, the Japanese are rather averse to tipping in general.

They do not like it and will not accept any tips — and leaving one may even be construed as an insult. This applies for most locals working in the service line including restaurant waiters/waitresses, your hotel bellboy, and even taxi drivers.

Instead, be respectful and give a heartfelt compliment if you’re satisfied with their service. We’re sure that your kind words will make them happier than any small monetary gain could.

5. Don’t Forget Your Manners In Public 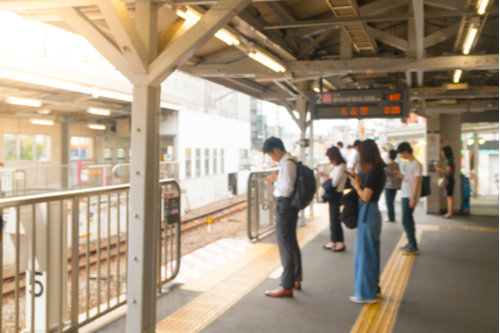 The people of Japan are a respectful and orderly lot. And the one thing that the Japanese culture places bigger importance on more than anything else is to always be respectful and to mind your manners, especially in public. That said, certain things (regardless of how insignificant you may think it is) will trigger the locals to no end.

One of which is cutting queues. Whether you’re at the bus stops, train platforms, elevators, street food vendors, vending machines, and the like, you’ll probably find a neatly single-lined queue there. Cutting or skipping ahead is, of course, a huge no-no. And in a similar vein, allowing passengers to alight from the train first before you board is also common sense, duh. 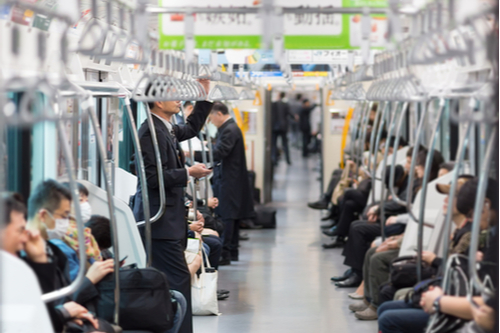 You should also keep your boisterous self in check whenever you’re in public in Japan. This is especially true when you’re on any public transport. Smoking, talking, and listening to music loudly is highly discouraged. And conversing with the locals in any public transport will only attract odd stares, so we’d suggest for you to refrain from doing so. Though, you may still ask for help if you need it. Just keep it short and sweet, if possible. 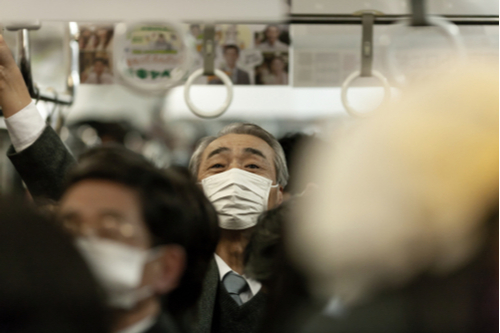 It’s not uncommon to find crowds of pedestrians sporting a multitude of colourful surgical face masks when they’re out and about — it has become a fashion trend of sorts in recent memory.

From a hygienic standpoint, we’d also recommend that you do the same if you’re feeling unwell. This is particularly important of late, with the widespread infection of the deadly coronavirus already reaching an all-time high. Having a mask on will keep all your icky germs to yourself, and it’ll allow others to be aware of your condition.

Likewise, blowing your nose in public is an uncouth act according to the Japanese. But if you must do it, find a bathroom or a private space to attend to your runny nose. Especially when you’re feeling unwell, you should put on a mask whenever you go out in public — you and everyone else will be better off for it. 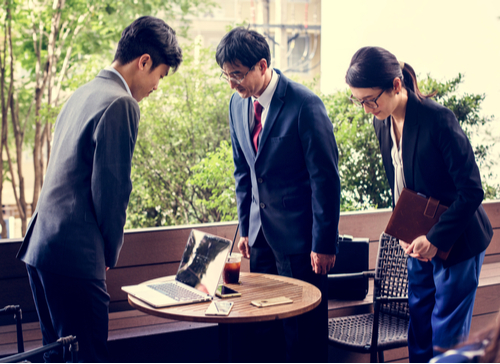 We’ve mentioned that the Japanese are a bunch of polite folks, so social etiquette is held in high esteem in Japan.

Don’t forget your please and thank yous when interacting with the locals. A simple verbal appreciation will go a long way in showing that you are a polite person. And it’s the simplest thing to do!

Say it right after your food is served or when you make a purchase at any convenience store in Japan, or you could (and should) say it when your taxi drops you off at your stop. But if you really want to impress the locals, might we suggest adding in a bowing motion when you say your thank yous? However, you should first make sure that you’re familiar with bowing etiquette and how to do it properly. 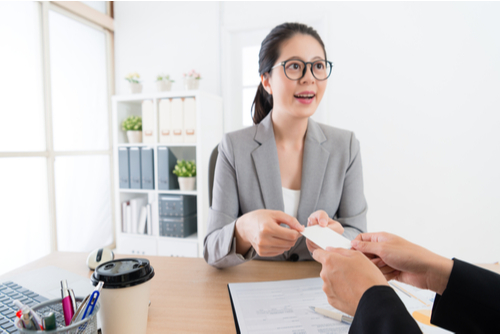 Other than that, giving and receiving things in Japan shouldn’t be done with one hand. It doesn’t matter what the item is. It could be something small like a business card or cash, or some form of a gift, receiving it with both hands is indicative of your appreciation for said item and its importance to you.

Ah yes. Public bathhouses are a dime a dozen in Japan but that doesn’t make them any less delightful. But like most things in Japan, bathing in public bathhouses also entail its own set of rules. First things first – no tattoos are allowed as the Japanese still associate tattoos with the mafia. But that doesn’t mean those of you who are tattooed can’t enjoy a good soak, in this case, you’ll have to book a private onsen.

Depending on the bathhouse, the rules may differ slightly but a common thread here is the practice of Kakeyu — the act of thoroughly cleaning and scrubbing down one’s body with hot water before slipping into the tub or hot spring.

This is an important golden rule in most public baths or onsens as it is done to get rid of the sweat and dirt on your body before sharing the communal waters. Plus, you’ll also regulate your body temperature before getting into the baths. For hygiene purposes, the small towel given to you should never be dipped into the water. It is meant to be placed on top of your head to wipe the sweat. 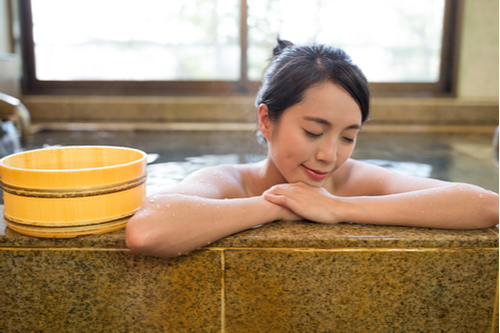 Plus, bathing suits aren’t allowed in public bathhouses and onsens because it is not meant for you to swim, but to enjoy a relaxing soak. So never ever go under the water!

If you do get the itch to swim, might we suggest visiting one of Japan’s picturesque beaches instead?

All images from Shutterstock.

So are you ready for your next vacation in Japan? Check out all the fun things you can do in Japan here!

France has a vast expanse of wine regions, from the three pillars of French viticulture of Champagne, Burgundy, and Bordeaux to the UNESCO World...
Read more
Discoverist x CR

Champagne, a drink of romance and excitement, was an accidental invention. Today, everyone associates popping champagne bottles with success and celebration. It's also interesting...
Read more
Discoverist x CR

Whether you’re throwing a mini cocktail party to celebrate Phase 2 or just hanging out with a bunch of friends on Zoom, these cocktail...
Read more