Much like the deadly SARS (Severe Acute Respiratory Syndrome) virus that was first identified way back in 2002/2003, the new decade has begun with a sombre note following the discovery of a new strain of coronavirus. 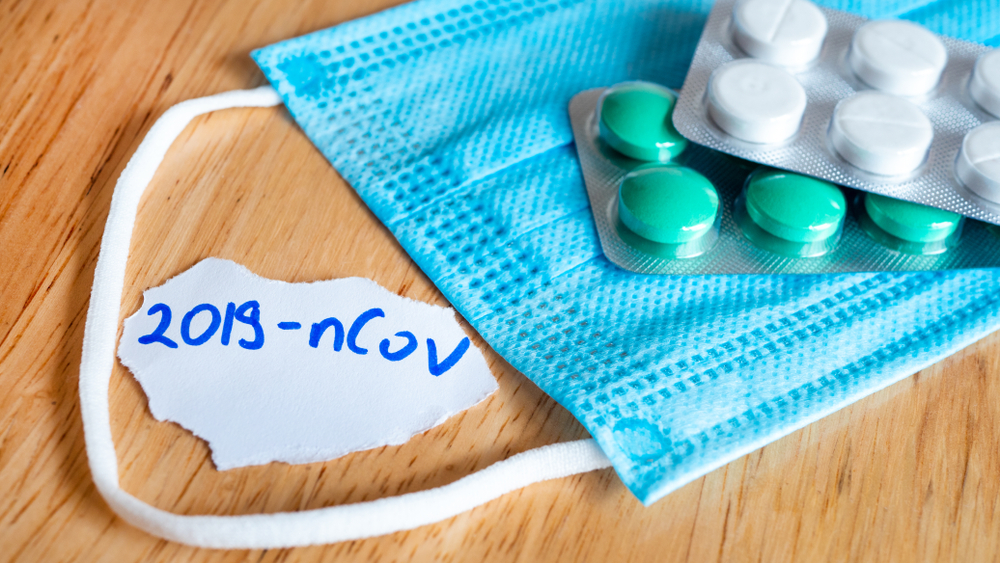 Specifically, the newly uncovered virus is referred to by professionals as the novel coronavirus (nCoV). Or otherwise, known as the Wuhan coronavirus among the general population. 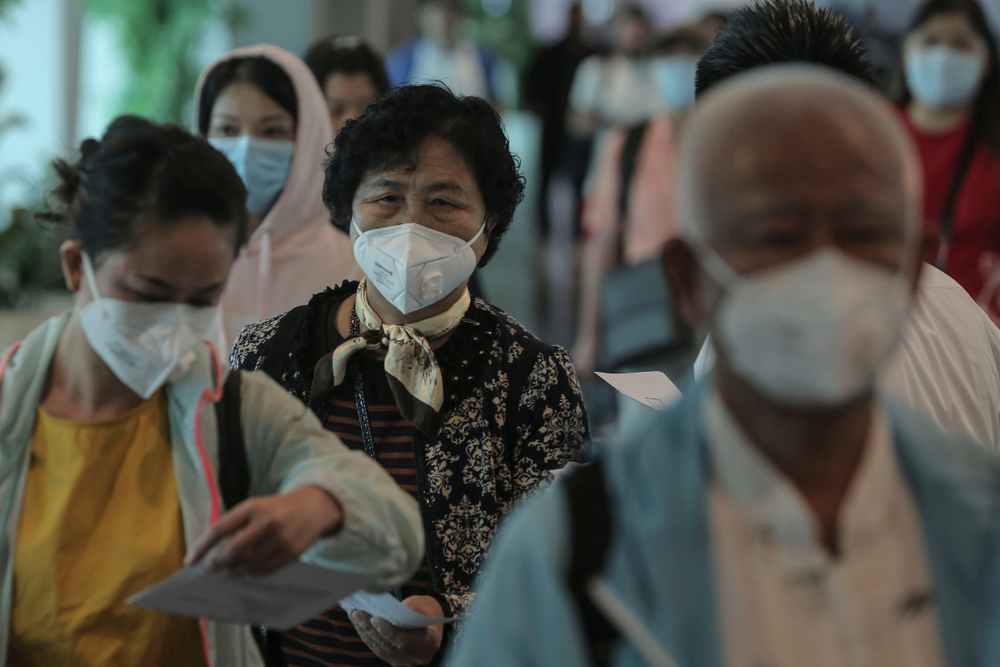 A blanket of paranoia has swept large nations and small cities alike, particularly in high-density metropolises, where it is now the norm to see people wearing surgical face masks in an attempt to gain some protection against the infectious disease.

But to make matters worse, the virus has now achieved more widespread infections across the globe compared to the aforementioned SARS outbreak — which coincidentally (or not) also originated in China.

As there have yet to be a cure or vaccine thus far, numerous preventative measures have been taken by governments, authorities, and even global businesses to help impede the spread of the virus — with the Chinese government even going as far as to locking down Wuhan (the epicentre and origin of the virus) and the surrounding cities, while limiting the movement of its citizens.

Meanwhile, scores of airlines have cancelled flights to China, whereas a few countries have also imposed a ban on Chinese nationals from entering their shores, as well as evacuating their citizens from Wuhan.

A New Strain of Coronavirus

As of today, the World Health Organization (WHO) has declared a global health emergency due to the increasingly devastating pandemic, with the number of reported cases worldwide now nearing 30,000 and counting.

Among them, more than 500 lives have been claimed by the coronavirus in China following its initial outbreak in the central city of Wuhan, while the first fatality outside of the mainland has just been confirmed on February 2 in the Philippines. Worst still, it is very much a possibility that this number will go up after each passing day.

As for its origins, not much is known about the coronavirus at this point in time. All we know for sure is that the virus began to emerge on 31st December of last year, and has been pinpointed to Wuhan’s Huanan Seafood Wholesale Market — which was shut down on January 1st.

And as the number of reported coronavirus cases began to skyrocket, authorities in the neighbouring countries started to ramp up measures to block the spread of the virus.

Some airports have introduced mandatory screenings for all arrivals from high-risk areas of China. While others have adopted strict quarantine measures for any visitors coming from the Chinese nation. But apart from that, major European nations have also followed suit — several airports in Europe have stepped up checks for passengers on flights from Wuhan. 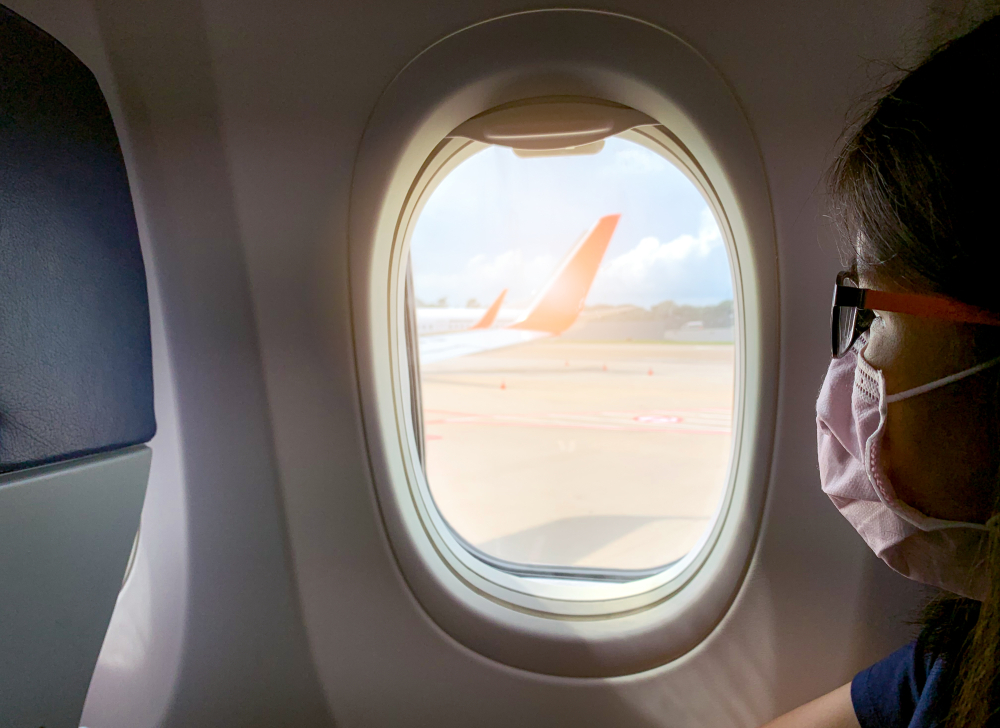 Along with that, a few notable airlines in Europe, Asia, and North America have even cancelled flights to and from China as a last-ditch effort to curb the virus in its track. This follows the WHO’s statement that the majority of cases outside of China were associated with travellers that have recently been to Wuhan.

Air Asia has suspended all flights to and from Wuhan.

Air Canada has suspended all direct flights to Beijing and Shanghai effective January 30 until February 29.

Air France-KLM has suspended all scheduled flights to and from mainland China effective January 30 until March 15.

Air India said it was cancelling its Mumbai-Delhi-Shanghai flight from January. 31 to February 14.

Air New Zealand said on Feb. 1 it would suspend its Auckland-Shanghai service from Feb. 9 to March 29 due to travel restrictions affecting crew and a decline in forward bookings.

Air Seoul suspended all scheduled flights to and from mainland China.

American Airlines has cancelled flights to Beijing and Shanghai starting January 31 till March 27. Though it would continue to fly to Hong Kong.

British Airways has cancelled all flights to and from mainland China for a month.

Hong Kong’s Cathay Pacific said it would progressively reduce capacity to and from mainland China by 50% or more from January 30 to the end of March.

Egypt’s flag carrier has cancelled all flights to and from mainland China from February 1.

El Al Israel Airlines has suspended flights to Beijing until March 25. Israel’s Health Ministry said it would not allow flights from China to land at its airports.

The United Arab Emirates, a major international transit hub, on Monday suspended flights to and from China, except for Beijing. The UAE suspension, which state media said was until further notice, effects Dubai’s Emirates, one of the world’s biggest long-haul airlines, and Abu Dhabi’s Etihad Airways.

China’s Hainan Airlines has suspended its flights between Budapest, Hungary, and Chongqing from February 7 until March 27, Budapest Airport said on its Facebook page.

Spanish airline Iberia has temporarily suspended all flights to Shanghai, its only mainland Chinese destination.

Kenya Airways has suspended all flights to mainland China until further notice.

Indonesia’s Lion Air Group has suspended all flights to China in February.

Polish carrier LOT said it had decided to temporarily suspend its flights to Beijing until February 9.

Germany’s Lufthansa has suspended Lufthansa, Swiss and Austrian Airlines flights to and from China until February 29. The airline continues to fly to Hong Kong, but it will stop taking bookings for flights to mainland China until the end of February.

Philippine Airlines [PHL.UL] said it would cut the number of flights between Manila and China by more than 50%. It said it would continue to serve Filipinos and Chinese nationals returning from the Lunar New Year holidays.

Australia’s Qantas has suspended direct flights to mainland China. The Australian national carrier’s direct flights from Sydney to Beijing and Sydney to Shanghai will be halted from February 9 until March 29.

All Russian airlines, with the exception of national airline Aeroflot, will stop flying to China, Deputy Prime Minister Tatiana Golikova said on January 31.

Rwandan carrier RwandAir has halted flights to and from China until further notice, the airline said on January 31. The decision will be reviewed later in February, it said.

Scoot has suspended all flights between Singapore and China beginning from February 8.

Singapore Airlines said on January 31 it would reduce capacity on some of its routes to mainland China in February. The cuts include flights to Beijing, Shanghai, Guangzhou, Shenzhen, Chengdu, Xiamen and Chongqing, some of which are flown by regional arm SilkAir.

Turkey’s Health Minister Fahrettin Koca said all flights from China would be suspended from Wednesday until the end of the month and that passengers on flights from Japan, Taiwan, Thailand, Hong Kong, Singapore, South Korea and Malaysia would be screened with thermal cameras.

Turkmenistan Airlines, the Central Asian nation’s state carrier, said on February 1, it had suspended flights to and from Beijing.

Chicago-based United announced cancellations, saying its last flights out of mainland China would be February 5, running through March 28.

United had previously suspended 24 US flights to Beijing, Hong Kong and Shanghai between February 1 and February 8 because of a significant drop in demand.

Vietnam’s Vietjet has suspended all flights to and from China from February 1.

Vietnam Airlines has suspended all flights to China, Hong Kong and Taiwan.

Virgin Atlantic said on January 30 it would suspend its daily operations to Shanghai for two weeks from February 2. It cited declining demand for flights and the safety of its customers and staff.

It remains to be seen when the flight suspensions will be lifted, but at this point, there doesn’t seem to be any indication that the rate of coronavirus infection will be slowing down any time soon.

So do take this time to plan your trips properly and avoid making travel plans to visit China, at least for now. Oh, and lest we forget, put on your face masks and wash your hands with soap as many times as you can!

Let’s admit that the COVID-19 can create unnecessary anxiety and the world suddenly finds itself divided into two tribes: the catastrophist and the conspiracy...
Read more
Covid-19

Day X of your self-imposed quarantine/government-ordained lockdown.You’ve soon come to realize that there’s only a finite number of ways you can make your bland...
Read more