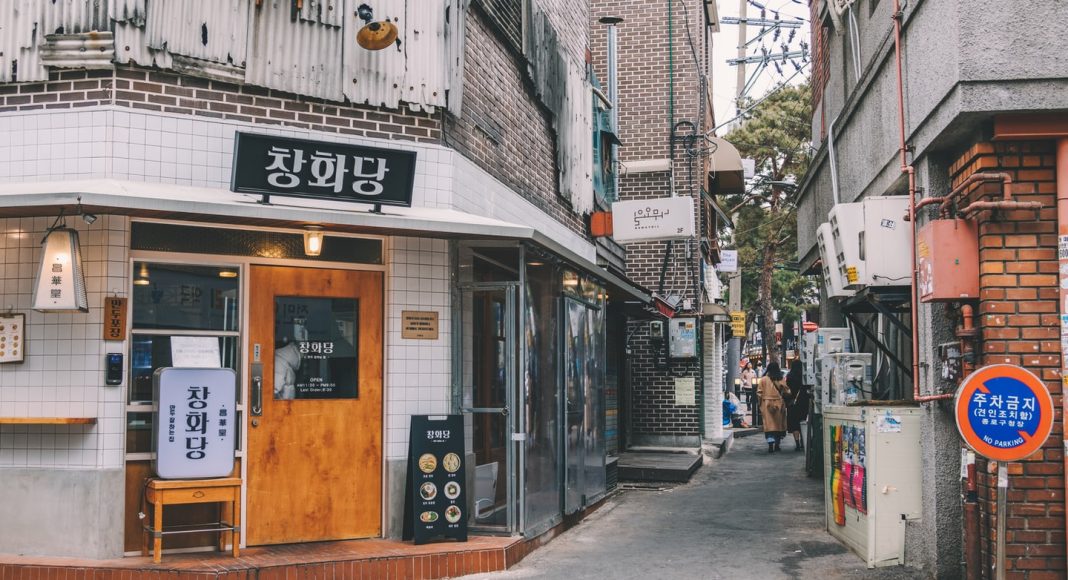 4 Cafes to Check Out in Hip Enclave Yeonnam-dong

Koreans love having a cup of tea or coffee, in almost any time. Traditionally, Koreans spent their time at tea houses.

The cafe culture in South Korea is so strong that you can find a cafe in almost any neighbourhood; and more spoilt for choice in university areas like Sinchon and Hongdae. It’s common to see students hanging out all day in cafes, especially because dormitories are small and aren’t the most conducive for studying and discussing project ideas. Yet, despite the number of students and working adults hogging seats, there is surprisingly always a cafe with an empty seat waiting for you.

Like in most cities, large coffee house chains like Starbucks, A Twosome Place and Hollys Coffee are aplenty and can be found at every other corner in Seoul. These cafes make our lives easier, but the best cafes are actually small and independent businesses that strive to provide a different experience, whether it through be the atmosphere and interior design, or personalised services. For latter, Yeonnam-dong, the quieter and more artistic cousin of Hongdae, is the place to go.

Here, a few to check out:

One evening, a taxi driver hastily dropped us in front of Cafe Skon when we were actually on our way to another cafe. The white and elegant exterior caught our attention and we decided that it looks attractive enough for us to forgo the cafe that we were originally heading to.

There aren’t a lot of seats at Cafe Skon. One thing about smaller, independent cafes is that they tend to focus more on the sense of space rather than trying to maximise a small space and squeeze in as many tables and chairs as possible.

With small round tables, Cafe Skon isn’t the cafe to go to if you want to get some work done, but it is definitely the place to chill with a book and a cup of coffee.

Arari Ovene is hidden in one of the many alleys at Yeonnam-dong but that does not stop it from being overcrowded especially after lunch hours and during tea time.

The cafe is known for its mugwort desserts and its signature drink, mugwort milk. Mugworts are used in traditional oriental medicine and it is a common ingredient used in making rice cakes and soup in Korea. The white walls and traditional Korean wooden tray tables complete the whole oriental concept here.

On the ground floor is a spacious front yard that not only acts as a waiting area, but also as a photo zone to keep you entertained while waiting for a table.

If you are looking for the fluffiest souffle pancake in Seoul, you can’t go wrong with Sarr.

Opened in February 2017, Sarr has gained popularity in a very short period of time. Be prepared to wait in line for up to 20 minutes on a weekday and at least an hour during the weekends. The wait does not end there as it takes another 20 minutes for the pancakes to be done. To make the wait feel more bearable, it is advisable to order a drink and enjoy it while waiting for your pancakes.

If you are looking for variety, Sarr isn’t the place to go. However, you do get a few flavours to choose from, such as original (also known as the Sarr pancake), buttercream pancake, banana pancake and green pancake.

Most people would walk pass Electric Sheep without giving it a second glance due to its understated exterior, but they honestly do not know what they are missing out. Conveniently located near Exit 3 of Hongik University Station, Electric Sheep is known for its Vienna coffee – also known as Dream of Vienna – which is a traditional cream-based coffee.

You can also find the hand-drip coffee, espresso coffee and smoothies, with my favourite being the strawberry banana smoothie. True to its understated exterior, the interior of the cafe is kept simple and clean as well, making it the perfect cafe for unwinding after a hard day at work.

Now that you know about Yeonnam-dong, the next time you are in Hongdae for your shopping and/or Korean food fix, don’t forget to also visit its cousin just a couple of kilometres away for a different cafe experience.

Every waking moment of 2020 is grim. WW3 almost happened, bushfires, pandemic and now murder hornets ?! Someone must have installed the wrong version...
Read more
See & Do

After going through weeks of "self-quarantine" or "confinement" in the city, one craves for a change of scenery. Playing atmospheric tracks on Spotify at...
Read more
Recommendations

5 Scenic Spots In Taiwan To Capture Your Wedding Photos

Easy on your wallet and only a 7-hour plane ride away, Taiwan is a popular wedding destination to immortalise those magical moments. 1. Bopiliao Old...
Read more