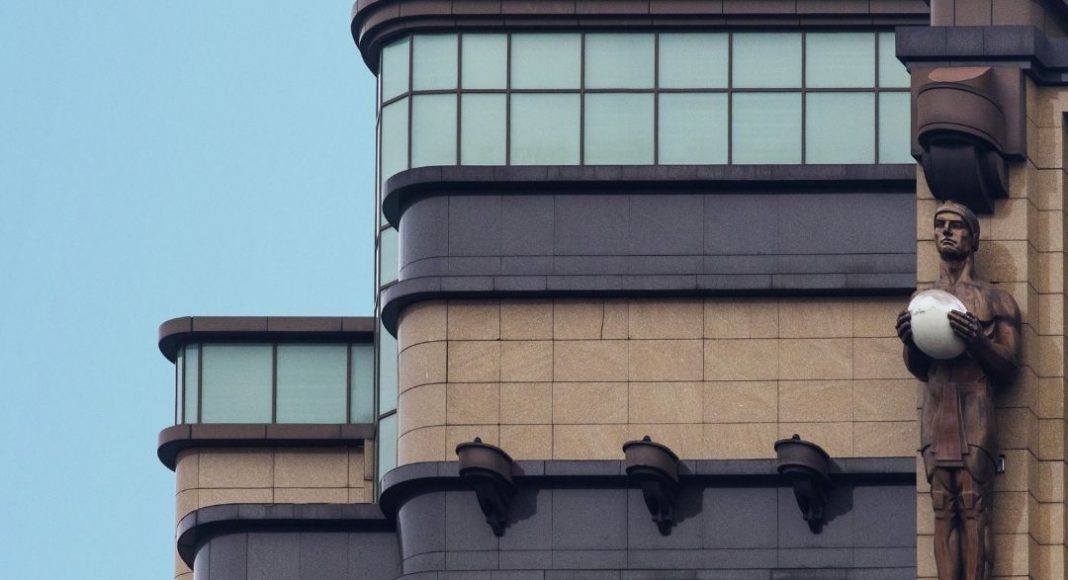 Top 8 Insta-famous Architecture in Singapore to See (and Shoot)

We are often captivated by architecture that are grand and imposing, if not ones that simply confound the mind. M.C. Escher’s mind-boggling artwork has bamboozled people all over the world and even served as the inspiration for the main lobby of the Zhongshuge Bookstore in Chongqing, China.

The Dancing House in Prague, Czech Republic, best elucidates the idea that monumental architectures were not built to blend in, they were made to stand out.

Likewise on our sunny little island, you can find some truly unique buildings that have garnered somewhat of a following on Instagram. Here’s our pick of the top 8 most interesting and Insta-genic architecture in Singapore.

The Interlace looks like a massive real-life manifestation of a younger kid’s imagination while playing with Lego.

Designed by German Architect, Ole Scheeren and OMA, the Interlace is an upmarket condominium that features rectangular blocks irregularly stacked upon one another, creating a web of crisscrossing blocks that make up a whole.

The Interlace truly pushes the boundaries and challenges the idea that communal living spaces should merely consist of single towering blocks, as we have so commonly seen as the typical configuration in the neighbourhoods of Singapore.

Though it’s a private condominium, the Interlace is an intriguing example of what residential projects could look like, private or otherwise.

The youngest on this list, Duo Tower is yet another brainchild of Ole Scheeren. A twin-tower concept along Beach Road in the heart of Bugis, the Duo Tower adds to the rich architectural landscape in the area.

Featuring a concave-curved, all glass façade, the DUO Tower eschews the rigidity that so many skyscrapers that grace the skyline of Singapore adopts. Using a honeycomb pattern made of metal brise-soleil that blankets the entire surface of the towers, it aids the building reduce heat gain inside by deflecting the sunlight.

It’s not all concept and design for the DUO Tower, as it is a highly functional, multipurpose space that consists of offices, a hotel, retail galleries, and residential accommodations. The DUO Tower is the latest in a line of futuristic buildings that are popping up in Singapore.

The Golden Mile Complex is embroiled in the same tricky debate that surrounds the Pearl Bank Apartment — to conserve or tear down? It is no doubt part of Singapore’s architectural history, and with that also comes along a façade that is so old that it may not (some say)conform to the futuristic skyline of Singapore today.

To many local architects and heritage specialists, however, both these iconic structures represent visionary architecture of their time, leaving an indelible impact on Singapore’s built-up landscape in the 20th century.

Completed in 1973, the Golden Mile Complex looks like a giant typewriter that dropped from the sky, a “stepped-back terrace” form that was a first of its kind in Singapore. Consisting of 16 floors, the Complex is a mix of some 400 shops, 200 offices, and 70 apartments. In August of 2018, the building was announced to be en bloc, which means Singapore will soon lose one of its iconic and historic architecture.

The ArtScience Museum lies at the tip of the Bayfront boulevard, looking like a lotus flower blooming by the bay. The museum may look like it cannot hold much of any works, let alone an entire gallery, but it hides an entire labyrinth of galleries and exhibits below the surface.

The first museum of its kind in Singapore, the ArtScience Museum dedicates its galleries to the exploration of the contact zone between art and science, two seemingly opposing concepts and ideas. Since it’s opening in 2011, the museum has housed major exhibitions featuring the likes of illustrious painters and scientists such as Leonardo Da Vinci, Salvador Dali, Vincent Van Gogh, and M.C. Escher.

The white lotus façade is one that many will recognise, but the interior of the museum is no slouch. The stunning visual galleries within the museum make for a great Instagram photo-op as you get awed by the myriad of lights and creative displays.

Affectionately dubbed “the Durian” by many Singaporeans, the Esplanade is to Singapore what the Sydney Opera House is to Sydney, Australia. The Sydney Opera House was built back in 1973 in a bid to turn Sydney into the cultural capital of Australia. Much in the same way, the Esplanade was built with the intention to propel Singapore as the cultural capital of Asia.

The design of the Esplanade was controversial, to say the least, with people insisting the building looked like a “marshmallow blob” amongst other monikers. The 7,000 triangular aluminium “spikes” that give the appearance of a durian are more than just mere façade or form.

While the Esplanade is well-known for its design, the facilities within is what makes the Esplanade truly shine. Both the 2000-seat Theatre and the 1600-seat Concert Hall were designed and built to cater to the demands of Asian arts performance, and especially those of the traditional arts. The Concert Hall, in particular, was designed by late respected acoustician Russell Johnson to be able to adjust and tune for a wide range of performances from Western rock music to classical recitals, making it one of the best concert halls in the world.

Many know it as the “Gotham Square” for its resemblance to Gotham City from the DC Comics. Parkview Square is the art deco skyscraper of Singapore that stands tall along Beach Road, just in front of the DUO Tower.

The courtyard of Parkview Square is reminiscent of the open piazzas of Italy that are adorned with numerous ornate statues. At Parkview Square, you can find the statues of world-renowned philosophers and figures from Plato to Sun Yat Sen.

Behind its quiet but sturdy façade are tenants that includes the Honorary Consulate of Oman, and the embassies of the United Arab Emirates, Austria, and Mongolia. Enter the building and you’ll find a majestic lobby that houses ATLAS Bar. A three-storey wine chiller will most likely be the first thing that captures your attention. Waitresses can be seen every now and then “flying” up to retrieve wine bottles and delivering them as if plucked from the sanctuary of heaven.

The history of this site and building cannot be understated, it was once the Fullerton Building, named after Robert Fullerton, the first governor of the Straits Settlements. Conceived as part of the centennial celebrations in 1919, this massive classical-styled architecture reflected the belief and confidence of the colonialists when it was constructed in 1928.

Since then, the Fullerton site has seen the fall of the British Empire and the heated rallies of Post-World War II as Singapore marched to full self-governance. Its historic significance is nearly unmatched and was gazetted as a national monument in 2015.

The Marina Bay Sands Hotel is fast becoming the number 1 architectural silhouette of Singapore, plastered on postcards everywhere and photographed by almost everyone.

Part of the ambitious waterfront and casino resort project, Marina Bay Sands was designed by world-renowned Israeli born architect Moshe Safdie who has also since designed Jewel Changi. With three, 55-storey towers propping up an elongated SkyPark that features an infinity pool, it is a façade that has drawn raves amongst many locals and tourists alike.

Whether is it snapping a photo from the ground up, or taking a selfie right up at the infinity pool, any photo at the Marina Bay Sands will be sure to add something to your Instagram feed.

Once upon a time, the lion city was a jungle. Today, Singapore is known globally as one of the most expensive and innovative cities....
Read more
Tips & Trends

5 Gorgeous Dreamy Spring Destinations to Savour on Your Next Vacation

Ah springtime, the vibrant panacea to the bruising austerity of winter. Who can resist the sight of our favourite holiday spots dressed up with...
Read more
Tips & Trends

This is the Coolest Airport Hotel in Auckland

As any travel veteran can attest to, hotels are, at the end of the day, a means to rest your weary mind, body, and...
Read more
SG2

Useful Apps to Download Before Your Trip to Singapore

Where in the world is Singapore? Singapore is an island city-state located in Southeast Asia and is often called the 'Little Red Dot'. Singapore may...
Read more