It is the 78th anniversary of the fall of Singapore this year. Talk to any self-declared history buff and you’ll be regaled with breathless re-tellings of ancient tales of the Romans and the Reconnaissance, of Shoguns and Samurais of Japan or even the fabled political intrigue of China’s many colourful dynasties.

But turn the subject to Singapore’s own history and sadly, the interest drops off. There simply hasn’t been as much attention given to our local history.

Perhaps it’s the way we tell our stories, how we structure them, or maybe it’s just that Singapore’s history isn’t as “fantastical” as we may like it to be.

I was recently at a media preview that unveiled two new sites – the Former View Road Hospital and the Former Admiralty House & Bunker – both of which are part of the annual Battle of Singapore Programme organised by the National Heritage Board (NHB), slated to begin on 8th February in commemoration of the battle and fall of Singapore in 1942.

2020 marks the 78th anniversary of the fall of Singapore to the Japanese, the start of one of the darkest periods in Singapore’s history. Would these lesser-known sites be a powerful enough draw for Singaporeans, and even travellers, to want to know more about our local history?

The Former View Road Hospital sits quietly at the top of a secluded hill, and from the top of an observation deck, you can spot the causeway that links Singapore and Malaysia.

The history of the hospital is a rather interesting one, wearing many hats over the years.

First being constructed by the British in 1941, photographs from the United Kingdom National Archives points to the building being used for accommodations and offices, including a bomb-proof office tucked at the back corner of the grounds.

The building was however only completed in 1945, which suggests that it was the Japanese that took hold and completed the building’s construction during their occupation of Singapore.

NHB’s researchers believe that because of the elevated position of the building, it provided an excellent vantage point for the Japanese to observe their ships as well as pre-empt any potential British attack coming from the Causeway.

After the war, the buildings served as accommodations for the Naval Base Police Force from the 1950s to the early 1970s before becoming a branch of the Woodbridge Hospital (now the Institute of Mental Health) until the early 2000s.

The Former Admiralty House was yet another strategic location during World War II, and its positioning followed the medieval tradition where the most important building stood at the highest ground.

Gazetted as a National Monument in 2002, the Former Admiralty House used to accommodate key military commanders that were based in Singapore, as well as serving as the former Singapore Naval Base as part of British attempts to combat the Japanese invasion during the Second World War.

Just outside the grounds of the house is a bunker that was discovered only in 1990.

There is hardly any information on the small underground bunker that barely measures 30sqm. Due to the presence of a squat toilet, researchers conclude that it couldn’t have been the British that built the bunker which could only mean that the Japanese were the ones who constructed it.

While exact information on the usage and purpose of the bunker is not known, the running theory is that it was meant for the Japanese ranking officers that were stationed at the House.

These two new sites are hardly the stars of Singapore’s wartime history; there are plenty of other exhibits, monuments and attractions that play a more prominent role.

Still, I’d recommend going for the tour as a means to observe the 78th anniversary of the fall of Singapore. If anything, it’s a a rare off-the-beaten-path experience you can have here in Singapore, and well worth a look especially if you’re from overseas.

It’s these little-known sites that can give our local history a little more character and mystery. As for their potential to foster the growth of heritage tourism in Singapore – the way, say, the Ombilin Coal Mines do for Indonesia – we shall have to wait and see.

Register here for the Battle of Singapore tours.

All images used in this post copyright of Discoverist.sg.

Best Things to Do in Sentosa, Singapore – A Visitor’s Guide

A man-made island resort located just off the southern tip of Singapore, Sentosa Island is where to go if you’re looking for a weekend...
Read more
See & Do

10 Cool Things To Do in Melbourne

Melbourne is Australia’s hip and artsy city, a creative commune that serves as the capital of the State of Victoria.This populous and bustling city...
Read more
Japan

We’ve detailed our love for Osaka’s diverse food repertoire – from the best dishes to eat to some of the most unique dining experiences...
Read more 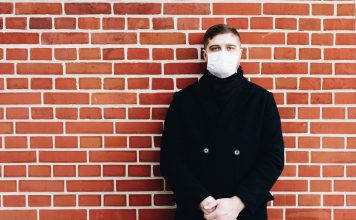