Singapore is, in every sense, a melting pot of cultures. When it comes to defining the ‘Singapore flavours’, there isn’t a singular ingredient, but a collection of recipes passed down from various ethnic groups. Yet it is also important to understand that in Singapore, each race is encouraged to preserve its own culture and traditions while also appreciating and respecting those of others.

National Day is a time to reflect on the many strengths of Singapore as a country and to appreciate the diversity and differences that make us Singaporeans. Uncle Tay King Huak, the founder of White Restaurant, who has made countless friends among his many neighbours in their HDB home, decided to create a series of new dishes inspired by various cultures to mark the occasion.

Uncle Tay sought advice from friends from various cultures in order to create a colourful, multi-faceted National Day menu. In my opinion, it’s a creative result of friendship, respect and innovation.

Having said that, Singapore cuisines have always been influenced by a spectrum of cultures. Take the spicy-rich and sweet chilli crab sauce for example, it has been added to pasta, pizza and buns.

For the first time, the restaurant famous for its braised white beehoon is serving up four uniquely Singapore dishes, namely, Chicken Tikka Masala, Deep Fried Mackerel with Tumeric, Fresh Prawn in Chilli Crab Sauce, and Cauliflower Cheese Bake. They all go well together with a bowl of butterfly pea rice. From 15 July to 31 August 2021, you get a taste of all the above in the National Day specialty set made for sharing.

Fried Mackerel is a popular dish among those who are familiar with Malay cuisine. The Deep Fried Mackerel with Turmeric is marinated for two hours in a paste of yellow ginger, southern ginger, and garlic before deep-frying it to achieve a golden-brown texture and then topped with fried crispy shredded codfish instead of ginger strips for extra crunchiness.

Most Singaporeans consider prawns to be everyday seafood, and it’s one of the must-order dishes whenever tze char is involved. They can be prepared in a variety of ways, including salted egg yolk sauce, savoury butter sauce, and cereal stir-fry. If you love chilli crab sauce, then the white restaurant’s rendition Fresh Prawns in Chilli Crab Sauce will whet your appetite.

You will also be pleasantly surprised with Chicken Tikka Masala, a flavour-packed dish of Indian origin. Featuring juicy skinless chicken that is marinated in yoghurt and Indian spices and then pan-fried until to an aromatic golden brown. After that, the chicken is further braised in an onion and tomato stew. Two words: tender and delicious!

The final dish, Cauliflower Cheese Bake, is what I’d described as “it is fun to eat your veggies.” Who knew cauliflower could be prepared in such novel ways? Cauliflowers of various colours are presented in a rainbow-coloured wheel and baked with cheese before being broiled with butter and cream poured over it. The end result was tasty! Singapore is located at the cultural crossroads of an entire food-crazed continent, so it’s not surprising that ingredients like cream and cheese find their way into our cooking repertoire.

These delectable dishes are respectfully made and they might very well be a good conversation starter when it comes to getting to know the different cultures in Singapore. If there’s one thing that unites the endless variety of Singaporean cuisine, it’s how delicious they make humble ingredients taste.

They are also available to order online at: order.whiterestaurant.com.sg 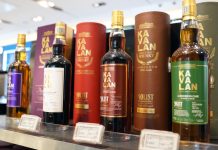 A Look into Kavalan and the Rise of Taiwanese Whisky 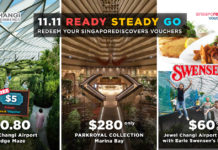 12 Incredible Deals From Staycations to 2-to-Go Activities Bundles to Save You Serious Money This Week! 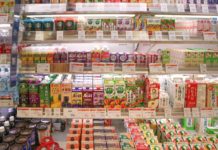 Missing Japan? Look out for these Exclusive Snacks and Ready-to-Eat Products from Japan

Enjoy up to 60% Off Staycation Deals and More at Perfect 10.10 Sale 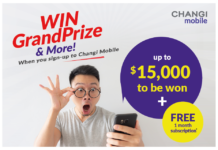 Feeling Lucky? Win up to $15,000 and more with Changi Mobile

Experience A Nordic Winter Without the Jet Lag at Singapore’s first...