Craving for Tokyo street food? Tendon Tenya might be the cure.

The pandemic has quashed much of the theatre of restaurant-going. Still, Tendon Tenya from Japan just opened the first outpost in Singapore last week and manages to be the talk of the town with its tech-driven kitchen, food quality and service staff.

If you haven’t heard, Tendon Tenya is a popular Japanese fast-food chain that specialises in Tempura Donburi at affordable prices. Currently, there are over 200 outlets in Japan. Founded in 1989 in Tokyo, Tendon Tenya has since expanded overseas to countries like Thailand, Philippines and most recently, Singapore.

A One-Bowl Wonder with A Surprising Origin

The name of the dish ‘Tendon’ is a portmanteau of tempura and traditional rice dish donburi.

Now the highlight of a tendon is, of course, the crispy tempura that sits atop a bed of rice, and you can consume the dish on its own without any dressing. Still, for the Japanese, it is customary to dip the tempura into the tsuyu (tempura dipping sauce) for that umami kick.

Omatase shimashita, Tenya has officially arrived in Singapore – come visit us at Orchard Central, B1-01. Are you ready to experience Japan’s No 1. Tendon Chain Restaurant for yourself? #TenyaSG #TenyaSingapore *No takeaway until further advice*

For the uninitiated, tempura is typically made using seafood and vegetables, coated with flour and then deep-fried. While tempura is a fried dish, it does not taste heavy or oily at all. What makes tempura so distinct from other fried fare is its light batter, which has resulted in an airy and crisp texture that complements the freshness of the ingredient.

Although tempura is synonymous with Japanese street food in the minds of many, in fact, tempura’s roots trace way back to the 16th century when the Portuguese arrived in Nagasaki. It was a time when Japan isolated itself from the rest of the world and foreign trade between Japan and other countries were heavily restricted. Its only contact was through Portuguese, Dutch and Chinese traders and missionaries in this port city. Back then, Japan wasn’t exposed to such method of frying food. The fried dish was introduced by the Portuguese residing in Nagasaki and was typically consumed during Lent.

Unbeknownst to many, the name tempura comes from the Latin ad tempora cuaresme, which means ‘in the time of Lent’. ‘The Japanese mistook this as the name of the dish, and they named it tempura.

If you’ve been to Portugal, you might have seen this dish on their menu – Peixinhos da Hortas (deep-fried green beans), doesn’t it look similar to the fried vegetables tempura served in Japanese restaurants?

Over many centuries, Japan has put its own spin on the dish, with the emphasis on using fresh ingredients, it has also elevated tempura status as a side dish to a main dish like tendon, and it makes for a comforting meal when you savour the dish along with a bowl of miso soup. What’s even more interesting to know is that during the Edo-period in Japan, tempura was only permitted to be sold in alfresco street stalls in Japan, because tempura oil was a fire hazard in Japanese building made of paper and wood. For this reason, tempura gained popularity as fast food eaten at outdoor food stalls.

Today, tendon is quintessential Japanese comfort food that everyone in Japan, from school kids to grandmas, craves. The number of Tendon Tenya stores in Japan speaks for itself.

Not sure of what you're in the mood for? It doesn't matter – Tenya has a variety of sets and meals to satisfy your cravings every day of the week 😋! Are you looking forward to tasting our tendon bowls? #TenyaSG #TenyaSingapore

Located in Orchard Central, Tendon Tenya serves up an authentic taste of Japan thanks to its brilliant auto-fryer, that can fry up to a thousand pieces of tempura in an hour without comprising on its quality. Don’t be surprised to find Tendon Tenya Singapore having a full house for the time being because who doesn’t love good food? Needless to say, we are all travel-deprived! The most we could do before we are allowed to catch a flight to the land of the rising sun is to treat our taste buds to Japanese soul food. Prices for a flavour-packed tendon starts from SGD$7.90 and if you’re a big udon fan, go for the set meal!

It is also interesting to note that the basement of Orchard Central feels like a mini Japanese town, if you’re done with your shopping at Tokyu hands or Dondondonki, head over to Tendon Tenya for a satisfying meal.

One of the arts of travel is buying wisely while on the trail and one of the classic tokens that I like to bring...
Read more
Recommendations

Get Your Date Night Sizzling With A Traditional Japanese Kushiyaki Experience

Roses are red, violets are blue…give your sweetheart a timeless treat to say “I Love You” at Matsukiya, a traditional Japanese Kushiyaki concept by Sushi Tei,...
Read more
Discoverist x CR

If the simple thought of a planning Valentine’s Day date stresses you out, take a deep breath. Remember it's the thought that counts!Taking a...
Read more 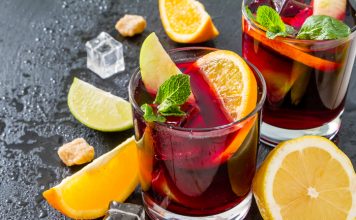