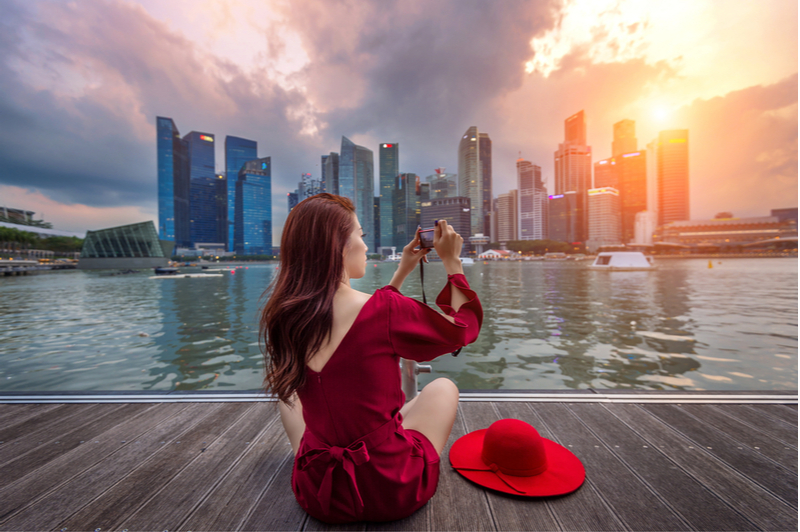 Singapore is an island city that’s always green, clean and sunny. It has been ranked as one of the best cities in Asia. Often been called the ‘Little Red Dot’, Singapore packs a punch well beyond its size, like a modern and intricate well-oiled machine.

But as a tourist, you would want to hop on to your Instagram instantly at your choice of location, so we think it’s more effective and convenient to get a dedicated pocket WiFi or prepaid SIM card.

Benefits of Renting A Pocket WiFi

If you rely on free WiFi hotspots, you’ll have to find places with free WiFi available and you will be required to log into new WiFi network each time you need to access, and there’s always the risk of poor network security.

By renting your own pocket WiFi or buying a prepaid SIM, it is less of a hassle when you need to use the internet to get information immediately and stay in touch with family and friends. Plus, it’s easier to plan your itinerary and purchase your e-tickets on-the-go.

With a pocket WiFi, you simply need to turn on and log into the specified WiFi network, and remember to recharge it each night.

Most importantly, you don’t have to worry about your roaming data charges when you get back home.

How to Rent A Pocket WiFi in Singapore

Having a pocket WiFi router helps when you’re planning to use multiple devices like smartphone, laptop and tablet, and mostly you do not have intentions to make phone calls.

When you pick up your pocket WiFi at Changi Recommends’ counter, you should received a small zipped up pouch which includes the following items:

Note that you will be required to make an authorization hold on a credit card as a deposit, which will be released after you return your pocket wifi.  For damages/lost/stolen items, the following charges will apply:

Do you have champagne problems? We’re here to help!We know that there are so many brands out there when it comes to champagne and...
Read more
Singapore

While our luggage and passports are indefinitely tucked away in our storeroom, we turn to our home ground to make the best out of...
Read more
Discoverist x CR

Thinking about what drinks to pair with your lunch, dinner or dessert? Aside from the most popular food pairings like wine and cheese, or...
Read more