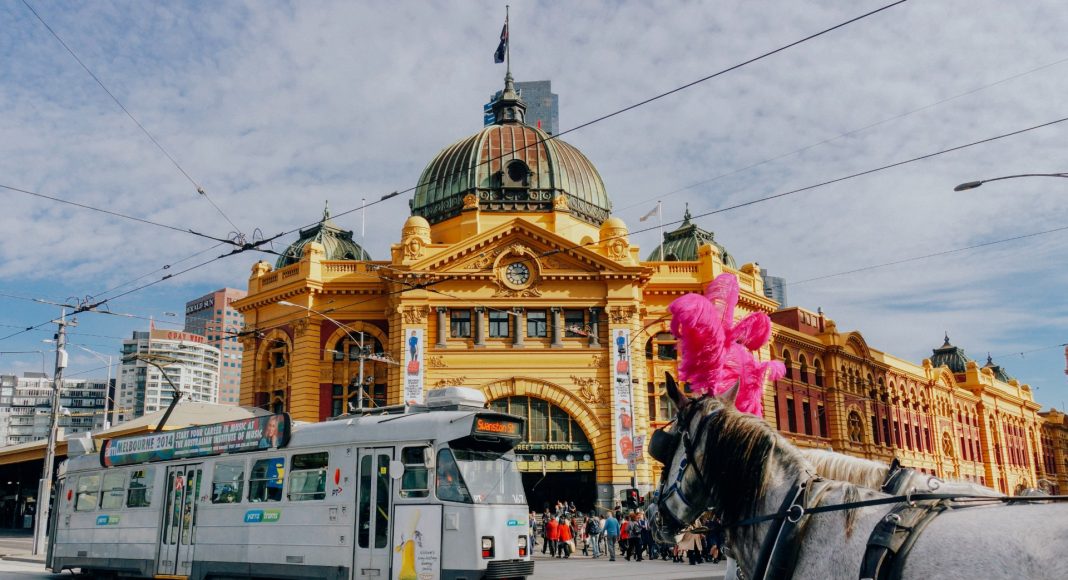 Melbourne: What You Need to Know Before You Go

The hip, cultural, and artsy city of Australia, Melbourne is where the creative converge to mingle and showcase their talent. A vibrant and colourful city awaits you with street-art laden pathways, bustling historic markets, and quite possibly, some of the best coffee in the world. That isn’t a hyperbole at all, just take a gander at that countries around the Southeast Asian region who have been influenced by the café culture of Melbourne.

As the cultural capital of Victoria, Melbourne is regarded by many as the most “European” of Australian cities. Collins Street, with its high-end designer vibes, was dubbed “Paris End” back in the 1950s. The city was also designed in accordance to a well-ordered grid system, and coupled with towering art-deco skyscrapers, is reminiscent of upscale New York.

Within this grid system, the individual sections of the city each tell their own tale, promising you a different experience in each corner of the city. From the hipster neighbourhood of Fitzroy to the glitzy hubbub that is South Yarra, and the backpacker haven of St. Kilda, there is something for every traveller.

From flea- to food-, one of the best ways to explore Melbourne culture is through its markets and boy does the city offer of some of the best we’ve seen. Whether it’s the historic markets of South Melbourne and Queen Victoria, or the foodie paradise of Prahran Market, visiting the markets of Melbourne is a necessary ritual.

Melbourne exudes a subtle charm, drawing you inch by inch as you traipse through it’s many rich and characteristic neighbourhoods.

“From the hipster neighbourhood of Fitzroy to the glitzy hubbub that is South Yarra, and the backpacker haven of St. Kilda, there is something for every traveller.”

Photo by Kon Karampelas on Unsplash.

Just like the rest of Australia, travelling to Melbourne is governed by the four seasons it experiences throughout the year. Are you more of an outdoors person, or is exploring every nook and cranny of a gallery more your style? Do you crave for the summer heat or love dressing up for winter?

Something interesting about Australia is that while it experiences the four seasons, the timing of each season differs vastly from others, opposite you may even say. During the months of December to February, where many countries experience winter, Melbourne is right in the heat of summer. Winter reigns supreme in the middle of the year where other countries suffer the sweltering heat. March to May and September to November are your comfortable seasons with Melbourne experiencing Autumn and Spring respectively.

Spring offers some of the most comfortable temperatures all year round and one of the best seasons to visit Melbourne. With its cool climate slowly transitioning into summer, it’s perfect for the great outdoors and taking a trip out to Yarra Valley is perfect for day hikes.

Victoria’s wine country, Yarra Valley offers some of the country’s best wineries in the region set against some picturesque rolling hills and old farmhouses.

Summertime is party-galore for the city of Melbourne, and where it sees its highest traffic for tourism with many North American travellers escaping the cold back home. This is when you’ll often see people out frolicking in the parks and swimming in the pools.

The highlight during this is the time of the year are the live music festivals and some of the biggest ones you can look out for are the St. Kilda Festival and the Laneway Festival.

Fall/Autumn in Melbourne is yet another great season for biking around the city and having picnics in one of the many beautiful parks littered throughout. One of the biggest events of the year happens during this time when Melbourne prepares itself for the Formula 1 Australian Grand Prix.

Interestingly, wintertime is when the city puts its cultural hat on. The National Gallery of Victoria and the Australian Centre for the Moving Image puts on a massive exhibition titled Melbourne Winter Masterpieces celebrating some historically great artworks. In August, the Melbourne International Film Festival (MIFF) takes over the city, showcasing and featuring some of the most interesting films of the year.

The city comes to life as well with numerous lights installations that pop up over the city, illuminating the night with some of the best light spectacles anywhere in the world.

Tipping is generally not expected, but you can if you want to.

Major credit cards such as Visa and MasterCard are accepted in most hotels and restaurants.

Photo by Maddi Bazzocco on Unsplash

Getting into the City

Journeying into the heart of Melbourne from the Airport is a surprisingly simple affair, streamlined into buses (shuttle and public) or taxis.

The Airport Shuttle Bus would be the most cost-effective and convenient way to get into the city centre of Melbourne.

The SkyBus is the main airport shuttle, operating 24 hours a day, 7 days a week. Departing from two locations outside the terminals, the shuttle buses bring you on a 20 to 40-minute ride to Southern Cross Station in the city. Operating on roughly 10-minute intervals for most of the day, a one-way ticket costs AUD$19 and a round-trip priced at AUD$38.

There are other shuttle buses that will ferry directly you to various hotels from AUD$18 to AUD$25 depending on the destination.

For a cheaper alternative, you can get the Myki Card (which will be essential to travelling around Melbourne) and opt to take a public transport into the city. The 901 bus will take you to Broadmeadows Station where you can do transit on the Cragieburn Line train into the city centre.

Although it is the cheaper alternative, you’ll need to allocate a longer duration of about an hour to reach the city.

If comfort and ease of transport is your priority, and you’re not too concerned with shelling out a bit more money, then taxi would be the best choice. A taxi ride will last about 40 to 60 minutes, depending on the traffic conditions and a single journey will amount to about AUD$60.

Once you get into the main hubbub of Melbourne, transportation options become more varied and common, and travelling around the city is an ease. One thing you’ll immediately realise is that the Myki Card is your all-purpose transportation card that will grant you access onto the various transportation modes.

The bus network is extensive and well-connected throughout the city. Linking various popular attractions and shopping centres, buses are a popular and easy method for travelling around.

Because of its prevalence, you can opt for weekly, monthly, or yearly Myki passes which could help you to save some money should you be a frequent rider. The Myki Explorer Pack grants you unlimited rides for a day including discounts at various attractions like the Immigration Museum and the Arts Centre Melbourne.

A historic and iconic mode of transportation since 1885, Melbourne’s tram network is the largest urban tram network in the world and one of Melbourne’s unique attractions. If the novelty of travelling around by Melbourne’s historic trams aren’t enough for you to give it try, what if they are free?

The City Tram Zone that encompasses the Central Business District (CBD) is completely free. You can journey to and from places like Queen Victoria Market, Federation Square, and Flinders Street Station. It’s incredibly convenient if you happen to be within the free tram zone but do note that trams outside of the zone require the Myki Card to board.

The metro lines’ main purpose is to connect Melbourne’s city centre to its suburbs. Southern Cross Station is your main gateway in and out of the city centre, the suburbs, and the larger Victoria state. The city loop, which has 5 stations, will serve anyone who needs to get around the main metropolitan area.

You can look up all the various fares and packages for the Myki Card here.