When it comes to paying for goods and services while travelling, cash is still king according to new research. A study by YouGov Omnibus found that almost three in five consumers worldwide say they are likely to make payments in local currency on their next trip abroad (58%).

This preference for using cash to pay is evident in the new research. The use of debit (17%) and credit cards (16%) are the next two most popular payment methods.

Meanwhile, only 6% of consumers are likely to use pre-paid cards (e.g. Paypal, Wise), and just 3% multi-currency e-wallets (e.g. YouTrip, Revolut, Wirex, amaze by Instarem) the next time they are travelling abroad. Further analysis revealed that consumers in the APAC region are more likely to use multi-currency e-wallets as a payment method while travelling overseas (7%) than consumers elsewhere. 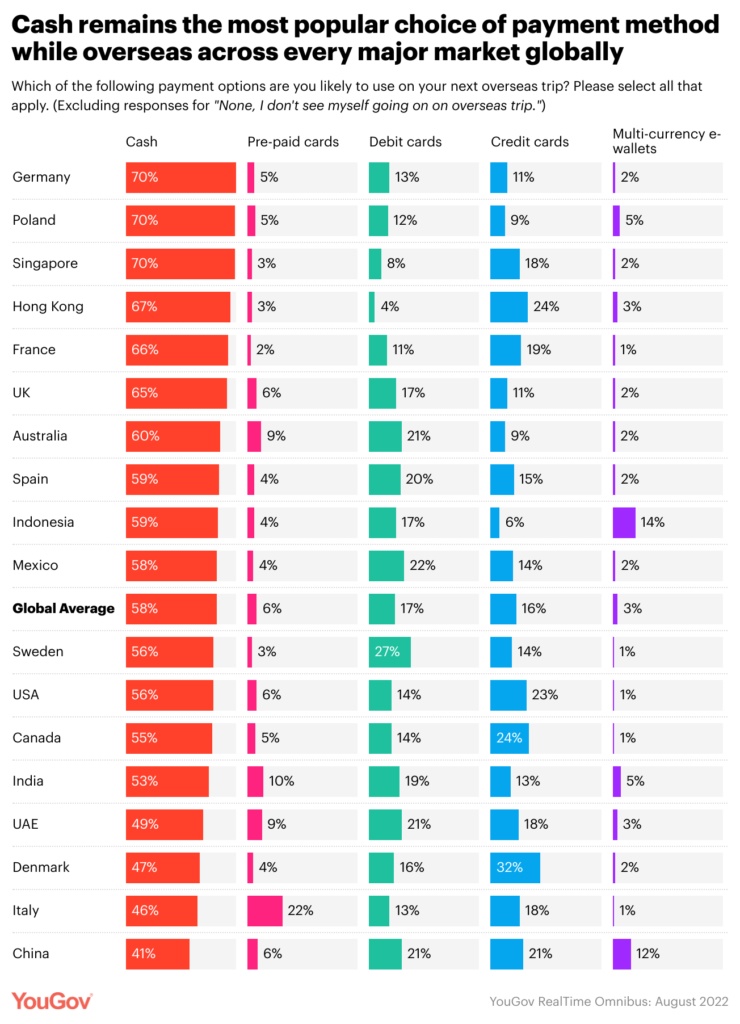 Indonesia and China stand out as the two major markets surveyed where the proportion of consumers who are likely to use multicurrency e-wallets on their next trip abroad.

According to YouGov RealTime Omnibus, the data is based on surveys of adults aged 18 and over in 18 markets with sample sizes varying between 513 to 2,008 for each market. All surveys were conducted online in August 2022.

Previous articleTrending Taiwanese Street Food: You Get What You Pay For – Fancy Wheel Pancake that’s both tasty and instagrammable
Next articleUsher In The Festival Of Lights With The Indian Heritage Centre