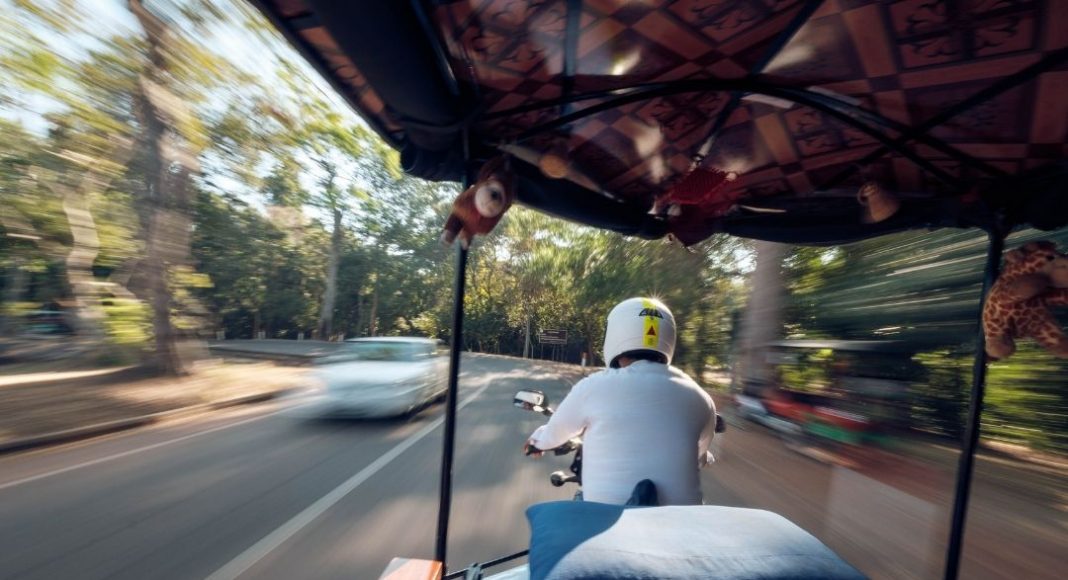 Some of us have been there, gullible enough to trust that friendly local who is going out of his/her way to help us, or so we thought. In that vulnerable moment of distress, anyone who offers help is a true saint and saviour.

Then, before you know it, in the literal blink of an eye, you’ve lost your passport, your wallet, and all sense of hope in the world (okay maybe not the last one). But it’s true, travel scams are one of the many issues that plague us when we are out and about exploring this beautiful world.

It’s good to keep yourself abreast of the potential travel pitfalls that are out there today so here are 7 common travel scams you can find around the world. 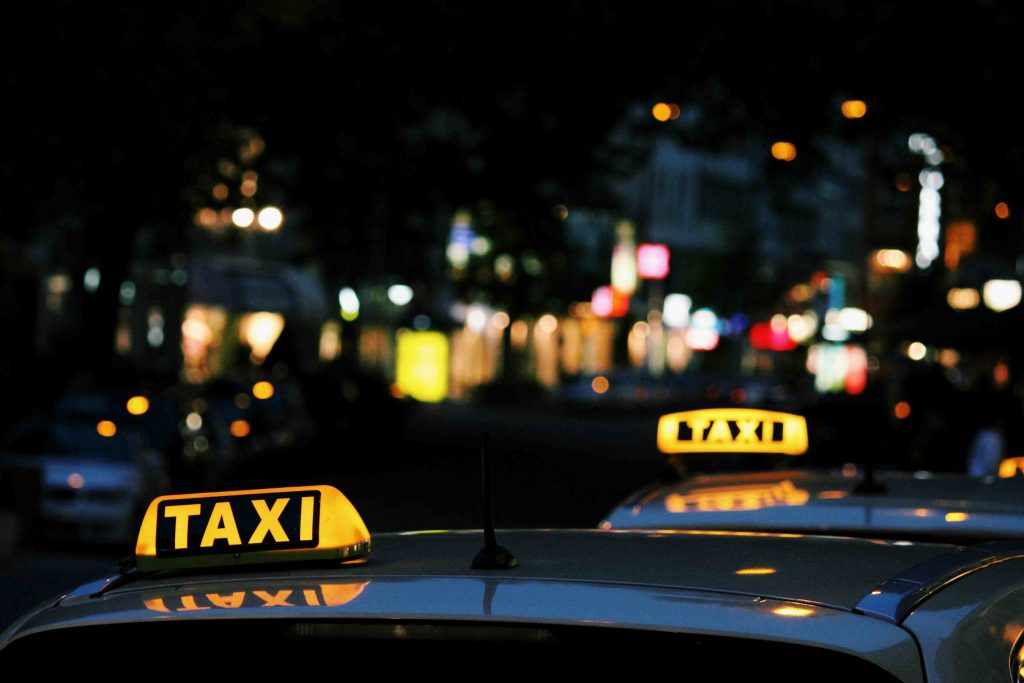 Photo by Lexi Ruskell on Unsplash.

Taxis provide (usually) the greatest mode of transportation when it comes to comfort and convenience, hence it’s generally a top choice when getting from point A to B. This also means that it’s ripe for scammers to leverage.

Whether it’s a taxi in Europe or a tuk tuk in Southeast Asia, be wary of drivers claiming that the meter is spoilt and subsequently quoting you their own price, insisting that it’s cheap. What you’ll find is that these prices are overinflated, and you’ll end up paying much more than you should. These drivers can also take the “scenic route”, an unnecessary long winding path to reach your destination.

In certain cases, the driver will claim that the place of interest or attraction is closed and offer to take you to his or her friend’s lodging or attraction, earning himself or herself a kickback in revenue.

The advent of ride-hailing apps like Gojek, Grab, and Uber, has been a godsend in helping travellers avoid this scam. But if you’re flagging a cab down on the streets, it’s good to be on your guard. 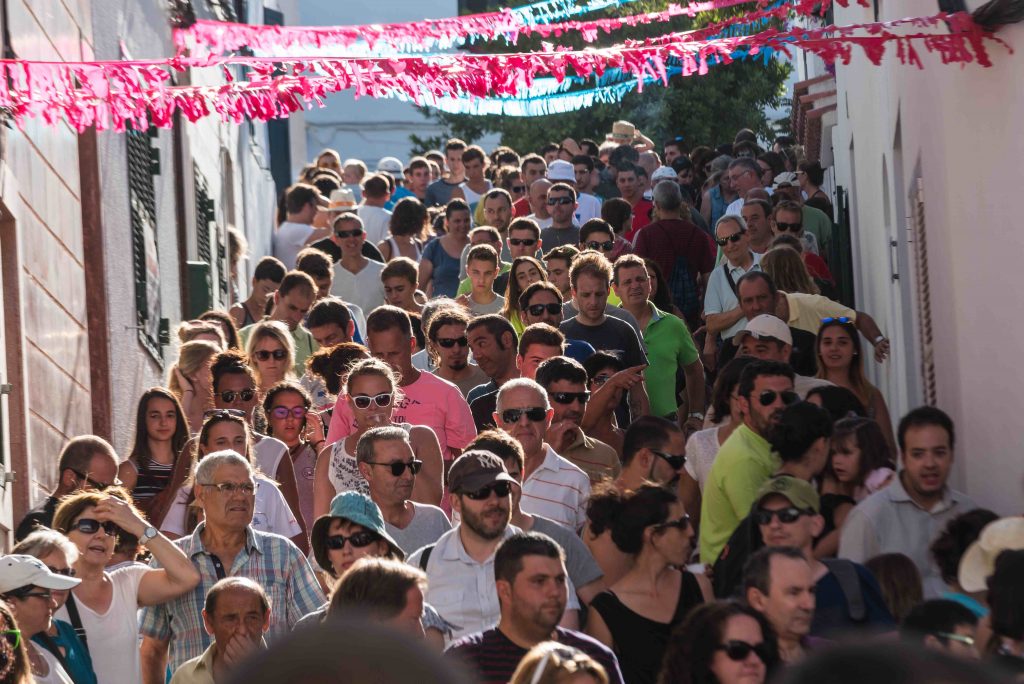 Photo by Jez Timms on Unsplash.

You’ll be happily walking down the street, and suddenly someone bumps into you. You look down in horror to see that your shirt is stained with ketchup or mustard. He or she apologises profusely and offers to clean and wash your shirt. You brush them off saying it’s fine, and in your mind you’re probably thinking “it’s a scam”. You walk off, only to find your wallet missing.

Throughout that entire exchange, what usually happens is an accomplice would have swooped in and pickpocketed you, or even the person who bumped into you could have done the snatching. There’s really not much you can do here but secure your valuables safely in a slash-resistant bag and keep a careful eye out for dodgy people when you’re walking about. 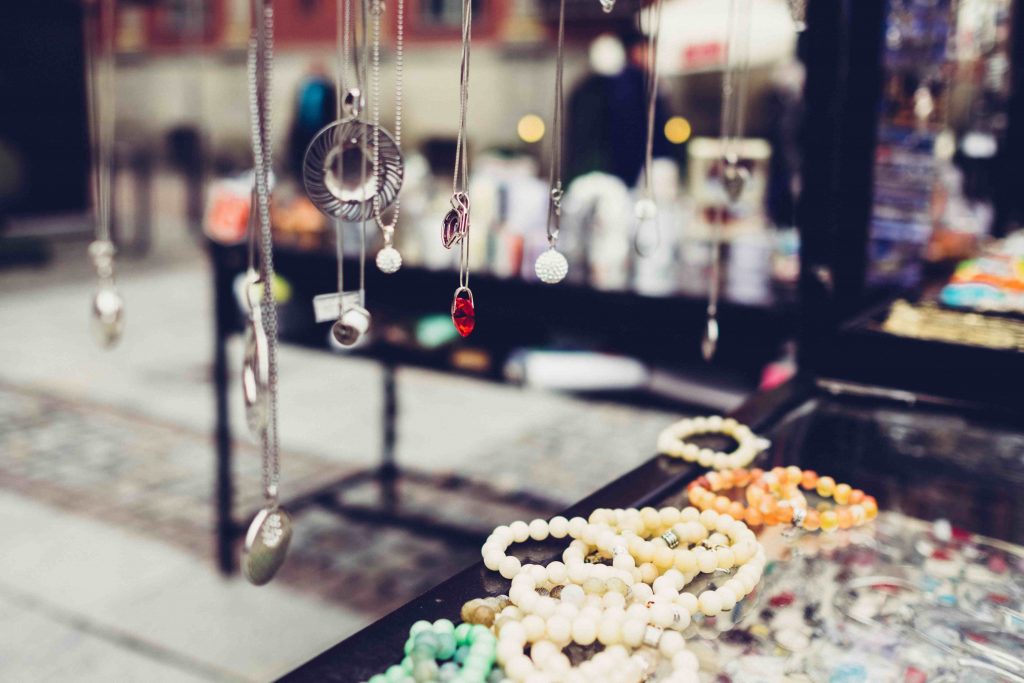 Photo by freestocks.org on Unsplash.

This scam is prevalent in both Eastern and Western countries, so be wary wherever you are. Strangers, most often dressed in the robes of a monk, will approach you with a bracelet or string of beads and gift it to you.

Don’t be naïve to think that you’ve just been given a token by a kind-hearted monk looking to spread kindness, these scammers will soon badger you for money once you accept the gift. If you don’t part with your cash, they will cause a scene which will become unsightly soon enough.

On the streets of Europe, it’s not surprising to see gypsies employing similar methods. Don’t entertain anyone that tries to “gift” you anything, return whatever it is they are offering you and walk away. 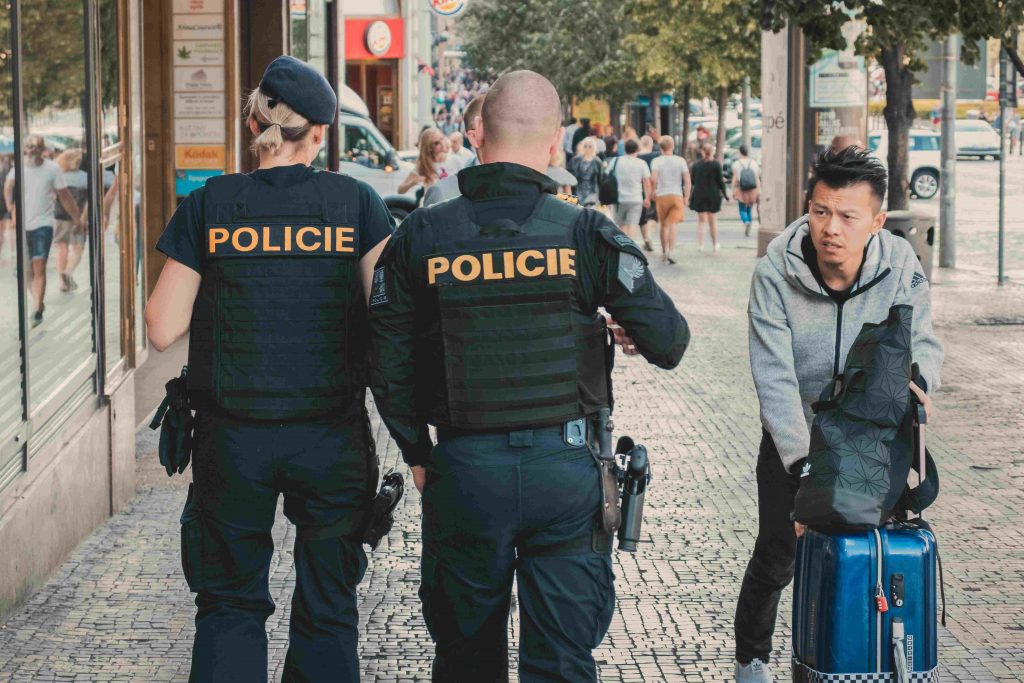 Photo by Christian Wiediger on Unsplash.

The impersonation scam is one of the hardest to avoid and you’ll need to be extra careful of people impersonating officials. This scam is rather pervasive in Europe, especially in Austria where you’ll spot people in uniforms with “Polizei” plastered on the back. At a glance, it’s difficult to tell if they are actual police officers, which makes this scam a thorny issue.

These “police” will often stop you and slap you with petty crimes and fines such as speeding and ask for your passport and cash. Never hand over your actual passport and always have a photocopied paper of it. Stand your ground and threaten to call the police hotline. 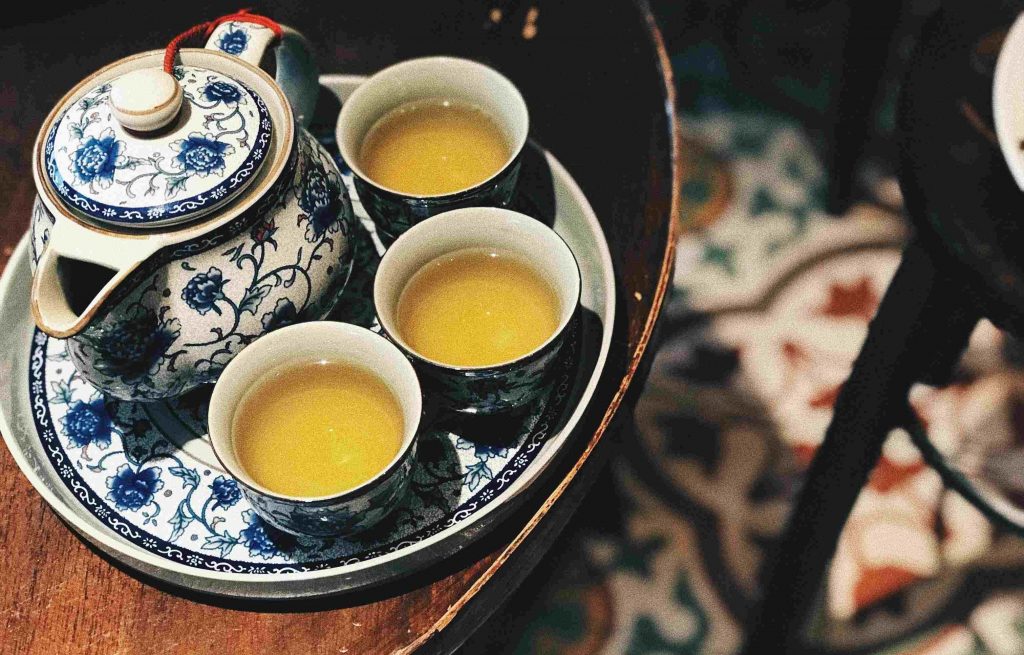 Photo by PTMP on Unsplash.

This one is a real doozy and is really only seen in China. Locals will be all too eager to invite you and share a pot of tea with them. Within minutes, it would seem like that both of you have become the best of friends.

Not before long however, you find yourself sitting alone at the table with an expensive pot of tea with your mystery friend nowhere to be found. You’re then slapped with an exorbitant bill that you never really asked for. 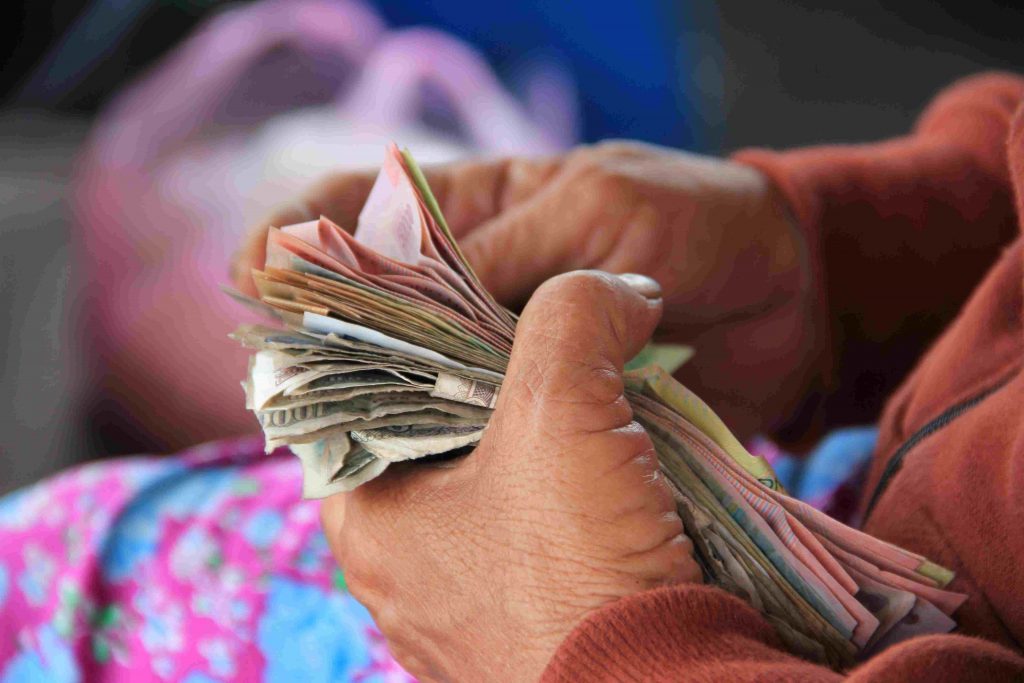 Photo by Niels Steeman on Unsplash.

Sometimes, the rates flashing can be way too good to be true, but the currency exchange booth appears to be legit and there’s no harm to try. These scams can be really tricky as it’s not that easy to spot counterfeit money with an untrained eye.

This usually happens at currency exchange booths where tellers will give you counterfeit money or obsolete bills and pass them off as real. Other times, they can and will short-change you a couple of bills here and there. If you need to change money, we suggest doing it at hotels and banks, where it’s more reputable and trustworthy. Although the rates may not be the best, there’s a safety blanket which should count for something.

Otherwise, the best you can do is to familiarise yourself with the host country’s currency and always remember to count your notes after receiving them. 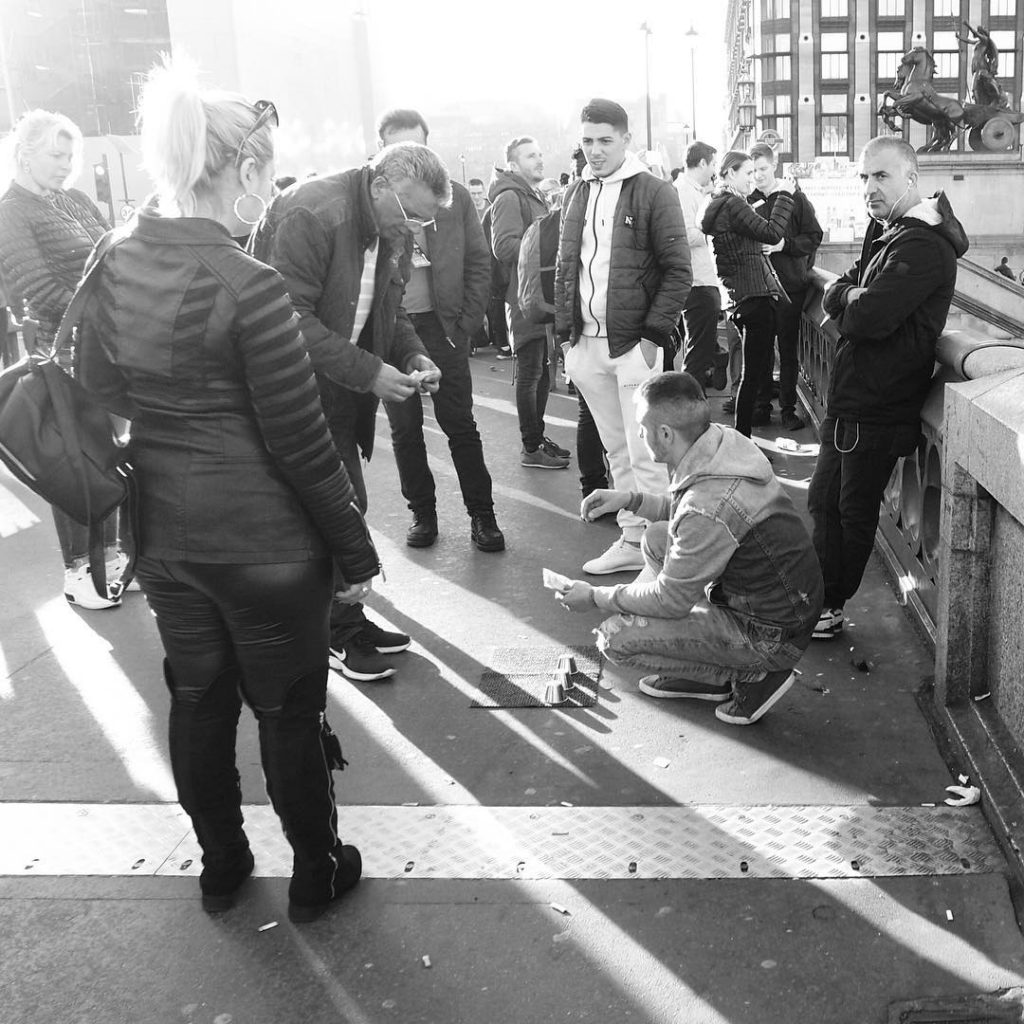 The Shell Game is an age-old scam, with roots that you can trace back to, at the very least, Ancient Greece. Of course, the modern iteration that we see on the streets is a version that was popularised in the 19th century.

It’s a simple game really, but one that hides a lot of deception. A game maestro shuttles a ball around hidden in one of three cups, with the participating players betting on which cup hides the ball. The game master will have associates in the crowd who “guess” correctly, making it seem that the game is winnable. Be warned that if you choose to play, you’ll almost always get scammed and lose your money. Pickpockets may be roaming the crowd as well so that’s another variable. In all honesty, don’t stop and watch or play, you’re better off spending the money in a café.

Though it’s seen less and less nowadays that people are become more knowledgeable, you can still see pockets of hustlers in and around the streets of Europe pulling it off.

All photos used in this article are for illustration purposes only.

It is always better to be safe than sorry. One of the most underrated aspects when planning a trip is buying travel insurance.

Travel insurance can help to cover for emergency situations that arise while you’re overseas. Find out more about the different coverage here.