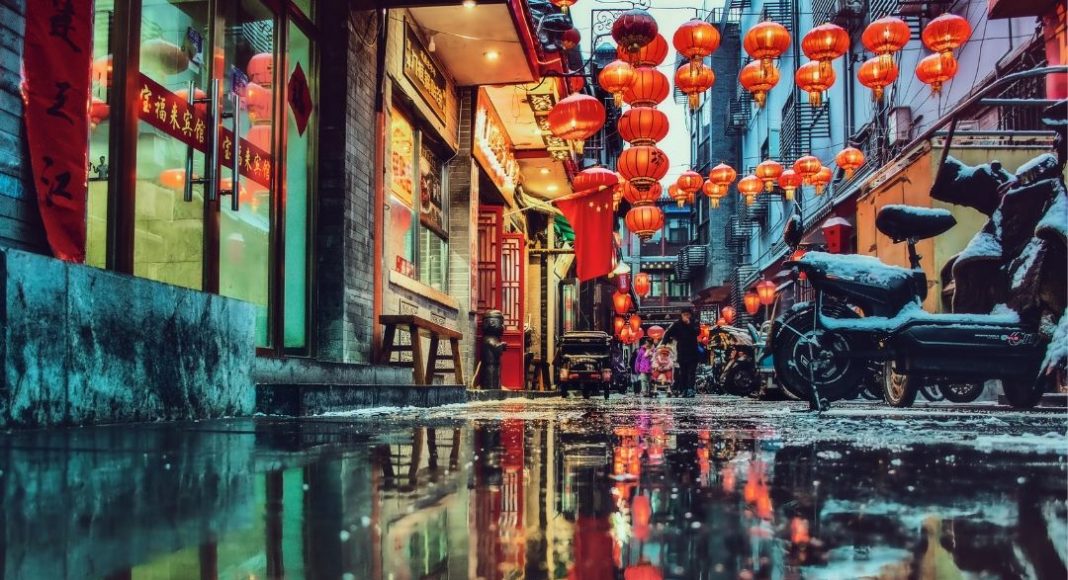 5 Up-and-Coming Attractions to Visit in Beijing

When it comes to Beijing, there is no escaping the big three of the Great Wall of China, the Forbidden City, and Tiananmen Square. And rightfully so, these three sites are so historically significant and tied to the development of China that these sites simply cannot be glossed over.

All that said, China and her history is so expansive and deep that there are many hidden gems to uncover, all of which may even take you a lifetime to explore. Let’s not talk about China, even within the cultural heart that is Beijing, there are many lesser known places tucked away that deserve your attention.

Here are 5 lesser known attractions that you should make time for a visit.

What was once hipster may perhaps be no more. The 798 Arts District is fast becoming a popular destination for travellers for its burgeoning arts and culinary scene. Back in the 1950s, the East Germans built a Bauhaus-style military complex and one of the unassuming buildings was Factory 798.

Perhaps little did the East Germans or the Chinese foresee the transformation to the foremost arts district in the capital. Today, the 798 Arts District is home to numerous works by leading contemporary Chinese artists revolutionising and pioneering new forms of Chinese art.

There are also restaurants and bars that are bringing their own flair and taste, making the district livelier than it has ever been. With numerous galleries and even more rotational exhibitions, there’s always something new, interesting, and thought-provoking to see at 798, making it a must-go on any travel itinerary.

There’s exposure to culture, and then there’s what we call cultural experience. What’s the difference? It’s like watching the Story of Yanxi Palace 延禧攻略 and getting a glimpse of the Qing dynasty compared to dining on the grounds of an actual prince of the Qing dynasty.

At the Bai Family Mansion, the latter is what you’ll get. The mansion sits on the grounds of what used to be the garden of Prince Li, the first son of the Qing Emperor, rendering a full-flavoured experience straight out of the Qing dynasty.

The restaurant features food inspired by the imperial cuisine as well as signatures from the Northern province, served by waiters and waitresses donned in traditional Qing clothing from head to toe. Dining at stone tables surrounded by ponds, pavilions, and winding rock paths is as close to a Chinese fairytale as you can get.

85 km north of downtown Beijing is a long winding dragon sprawled over the side of a mountain in Longqing gorge. The world’s largest outdoor escalator, the mythical beast is painted with bright yellow and light blue accents, seemingly out of place against the mountain cliff.

Entering the dragon’s mouth will lead you 258 metres up to China’s largest dam. At the top, you can take a cable car or even a boat ride on the artificial lake. For the daredevils out there, a bungee jump down the gorge – and bragging rights – awaits.

1901 Cafe reminds us of a time when China had interchanges with the West, something that appears to be all too rare today. A former dormitory for Catholic priests working in the nearby Beitang Cathedral, it has been since converted into a homely three-storey cafe though it has retained its European-style facade.

It’s a perfect way to lounge a day away with their comfortable sofas and comfort food. It certainly helps that they have good coffee as well. Shelves of books and magazines are available for you to read at your leisure. Want a break from all that literature? Head up to the top floor to enjoy a splendid view of old Beijing.

This feels a little like a cop out because well, it still is the Great Wall of China, but come on, did you know they had a slide? A two-hour drive up north of Beijing, the Mutianyu section of the wall sits in the shadow of its Badaling counterpart. What it lacks in limelight, it makes up for in one of the most imaginative ways to experience the Great Wall.

At Mutianyu, you can ascend the wall via gondola or chairlift (there’s foot too if you’re feeling fit), but it’s the going back down which makes this section special (aside from it being beautifully restored). Once you’re done taking in the sights, a toboggan slide will be waiting for you zoom and zig zag your way down alongside the Great Wall.

The slide takes about an average of 5 minutes and is definitely a must-try if you visit Mutianyu.

Christopher Lee
Previous articleCharging Your Phone With Airport USBs Could Expose You to Malware
Next article24 May, Friday

“Ladies and gentlemen, please ensure that your seatbacks and tray tables are in their upright position, your window shades open and your seat belt...
Read more
Tips & Trends

I don’t know if I can take anyone who says airplane food is good or decent seriously. For one, it isn’t exactly the freshest (more...
Read more
Tips & Trends

As the distant sun sets, the rays illuminate the running waters of Horsetail Falls within Yosemite National Park, and the backlit of the sun...
Read more
Tips & Trends

So you've missed your flight, what should you do?  Speaking from personal experience, missing your flight isn’t a particularly pleasant feeling. The realization that the...
Read more