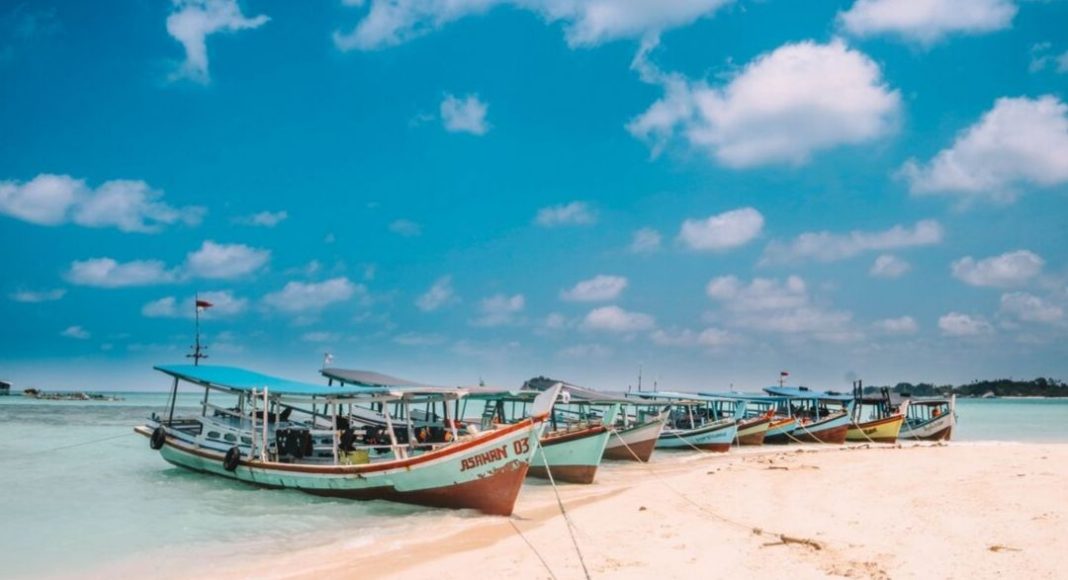 5 Cool and Affordable Destinations Near Singapore for a Short Getaway

Public holidays that make up long weekends are a rare commodity in Singapore and there’s only one left coming up for the year of 2019 – the Deepavali weekend at the end of October. Now, research says that 8 days are the ideal number of days for a perfect vacation, but the only kink in that awesome sounding plan for most of us is that it’s not entirely realistic that we have the breadth of space to go on an 8-day vacation.

A short getaway, however, is definitely within the realm of possibility, and with the upcoming long weekend, it’s the last chance to go on a holiday without burning through your remaining leave days.

Without further ado, here are 5 destinations near Singapore that’s perfect for a short getaway to take advantage of the Deepavali weekend.

We begin our getaway journey in Cambodia with the resort town of Siem Reap, the home and gateway to the ancient ruins and temples of Angkor Wat. This historical temple complex has an interesting history – initially constructed as a Hindu temple dedicated to the Indian god Vishnu for the Khmer Empire, it saw a transformation into a Buddhist temple towards the end of the 12th century.

One of the best and most magical experiences you can have at Angkor Wat would be ascending in a hot air balloon, akin to the world-famous hot air balloon rides in Cappadocia, Turkey. Get sweeping views of the large and expansive Angkor Complex as you take to the skies, and if you take the hot air balloon during the Golden Hour, it’s an unforgettable and mesmerising sight indeed.

Belitung Island off Indonesia is a relatively unknown island destination amongst travellers. For adventurers and hiking enthusiasts, however, Belitung Island is not one to be missed. Just a mere four hours from Singapore, the island has a host of natural landscapes and caves that will leave you blown away.

The Kaolin Lake is one of the places that make you question if you’re still in Indonesia or even in the larger Southeast Asian region. Originally a mining site, the lake now is a picturesque blend of cerulean waters and white sandy dunes, reminding us of a near version of Iceland’s Blue Lagoon.

If you want to escape the sweltering heat that is known to define countries in Southeast Asia, consider the province of Phetchabun, Thailand for your getaway. Known as being “Little Switzerland” for its peaceful, tranquil, and cool climate, Phetchabun is the perfect destination for someone who wants to break away from the heat and bustle that are associated to the more popular Thailand cities.

Ascending Phu Thap Boek Mountain is a must-try experience that will grant you above-the-clouds view that is perfect for some quiet reflection and meditation. The highest point in the region, many hike up the mountain to reach Wat Pha Sorn Kaew, a Buddhist temple that is regarded as a Dharma retreat for many monks and Buddhist followers. With modern and unusual designs and architecture, Wat Pha Sorn Kaew is a must-visit for travellers in Phetchabun.

For a place that truly defies the iconic humid heat of Southeast Asian countries, the town of Sapa northwest from Hanoi is your best bet. With temperatures that doesn’t top 20 degrees Celsius all year round, the hilly regions of Sapa is the best way to beat the summer heat.

Sapa is home to a multitude of cultural ethnic groups, making your experience a marked change from the big cities of Ho Chi Minh and Hanoi where French influence is easily felt. With the surrounding regions being rather hilly and mountainous, trekking is one of the more popular things to do when visiting Sapa. Tack on the fact that temperatures are rather cooling, you won’t be sweating buckets traversing the beautiful natural landscape of Sapa.

Not many know of Baguio City in the Philippines, a mountainous retreat a few hours away from metro Manila. Established as a hill station (a town at a higher elevation than the surrounding valleys) by the United States in 1990, Baguio was founded mainly for its cool temperature being up in the mountains, a nice refuge for the Americans.

Today, despite being in the mountains and far from the main city of Manila, it’s not exactly an untouched town as it boasts one of the Philippines’ largest student populations. For most travellers, Baguio serves as the gateway for backpackers to the haven towns up north. A nice and cool getaway awaits you that will prove to be a nice change from the climate we’re so used to.

Successful and cost-effective globetrotting begins with a travel budget, but usually, we would be caught up in itinerary planning and tends to leave exchanging...
Read more
Tips & Trends

AirAsia Group currently operates an exclusive Airbus fleet flying out of its hubs in Malaysia, Thailand, Indonesia, the Philippines, India, and Japan. With its...
Read more