Why I Think This Is The Coolest Neighbourhood In Kuala Lumpur 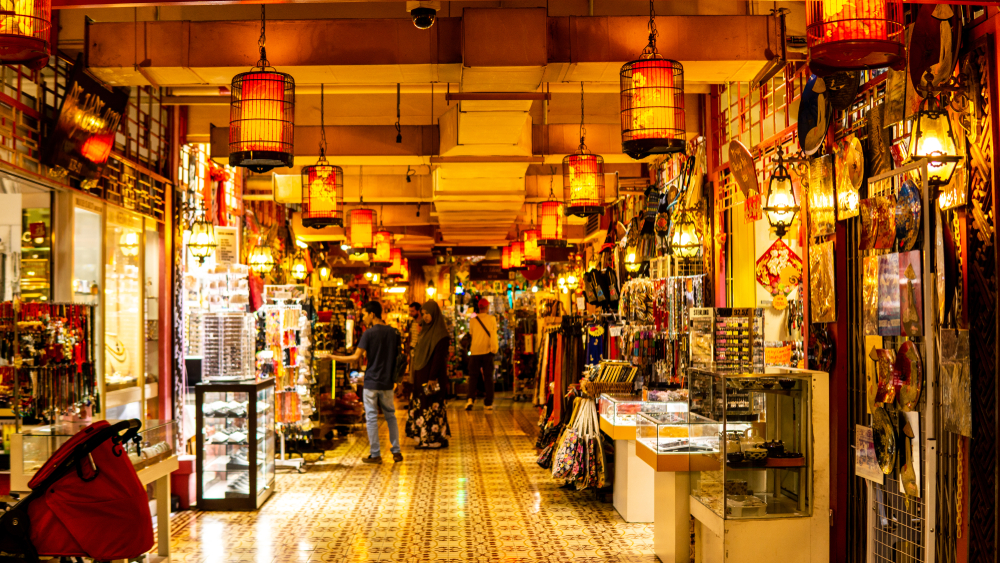 What entails a “cool” neighbourhood? Is it the myriad of inexpensive and scrumptious food options found there? Or perhaps it is the scores of visitors flocking to said neighbourhood — thus creating hype around that particular spot? Mayhap it is the multitude of attractions found in its surrounding, ahem, neighbourhood?

Well, the answer is obviously all of the above.

A cool neighbourhood to me is where one goes to chillax, unwind, and enjoy the atmosphere. While there aren’t many places in Kuala Lumpur (KL) that are able to offer a laidback atmosphere as the city is always bustling with people and traffic, that doesn’t mean there isn’t any.

From the throwback of Kampung Baru to the buzzing and modern city centre, KL is home to plenty of cool neighbourhoods to visit.

Case in point, Chinatown, otherwise known as Petaling Street has always been a hit among tourists who are drawn to its historic past and striking oriental facade.

No visit to Kuala Lumpur is quite complete without a stroll through Chinatown! #kualalumpur #postedykatja

This particular neighbourhood was the landing point for the Cantonese and Hakka settlers from China during the booming tin mining industry in the 18th century. In fact, Kuala Lumpur used to be a rich tin-mining area.

While a majority of its populace is of Chinese descent, Chinatown is still a neighbourhood in which Malaysia’s multicultural background come together to mesh — creating a harmonious affair that is well-known by travellers and locals alike.

Here, you’ll find many old-time shophouses selling local produce from various cultures. Plus, open stalls and markets made up of Indian, Malay, and Bangladeshi traders are found everywhere. Today, the neighbourhood is considered to be an important cultural hub in KL.

Petaling Street used to be a rich tin-mining site, but was destroyed by a flood. To convince the Chinese miners of job opportunities, the leader of the Chinese community Yap Ah Loy decided to open a tapioca mill. Over the years, Petaling Street is interchangeably called as Chee Cheong Kai which translates into Starch Factory Street, in reference to its past as a tapioca-producing district.

Today, this street is a shopper’s haven. There is almost everything here from clothes, souvenirs to electronic items to fabrics.

Local tip: Haggling is a way of life here. Anything and everything can be discounted if you have a silver tongue and are persistent enough.

AnCasa Hotel Kuala Lumpur – Centrally located next to the bustling Chinatown, Pudu Sentral and Plaza Rakyat LRT Station, AnCasa Hotel & Spa is an elegant and modern contemporary hotel with 294 tastefully furnished guestrooms. The entire hotel now embrace a total new look with its transformation into grandeur space that recreates a refined hospitality at its best. Here is where you can explore sights and sounds of vibrant Kuala Lumpur city within the bustling town area. The hotel is also nearby to popular attractions such as Central Market, the historical landmark of Sultan Abdul Samad Building, Merdeka Square, River of Life as well as a host of shopping enclaves. Taking a 360 view of the hotel’s surrounding, it is walking distance to the LRT and Monorail stations, art galleries, lifestyle cafes, flourishing business hubs and more. With an increased accommodation options, the hotel delivers hospitality that strikes a balance between business and personal stay away from the comfort of your home.

As far as hotel offerings go, most options in the area are mid-range guesthouses and hostels. So staying in this neighbourhood is a good idea if you’re planning a budget trip to KL. Moreover, Chinatown is accessible by public transport which makes exploring different parts of the city a breeze!

We’d suggest staying at the Ancasa Hotel & Spa Kuala Lumpur. This hotel is a good choice for budget travellers as the rooms are affordable and clean. But the best part is that the hotel is literally a few steps away from the aforementioned Petaling Street.

Gourmet hunters won’t feel left out when visiting this neighbourhood. While Chinatown or more particularly, Petaling Street is synonymous with budget shopping, the area is also filled with tons of great food. You’ll find many stalls, restaurants, and coffee shops that offer various delicious local cuisines.

Some notable must-tries include the local seafood, roasted duck, Wontan Mee, Tau Fu Fa, and so on. But of the lot, the most must-try dish has got to be Soong Kee’s Beef Ball Noodles. The tender beef balls coupled with the savoury broth and springy noodles make for an excellent intro to Malaysia’s local cuisine.

Local tip: It’s not difficult to locate Soong Kee Beef Ball Noodle stall, although there is no signboard, it is impossible to miss this colourful mural. The noodle stall is housed in this visually striking building.

For the caffeine addicts, Petaling Street is home to a couple of hipster cafés that are worth visiting — if not for the coffee, then drop by to take a break from the massive human congestion on the streets of Chinatown.

Merchant’s Lane is one such café that is within striking range of the uber crowded Petaling Street. But don’t let its location fool you, the café is actually quite a hidden affair — a welcomed contrast to the busy environment of Chinatown.

Merchant’s Lane offers the usual suspects — aromatic coffee, hand-crafted teas, and fusion-style brunches and desserts. The highlight of this café is the interior which will remind you of the old colonial shophouses found in George Town, Penang. Think exposed ceilings, rattan furnishing, wooden flooring, and white-washed walls. Aesthetics on fleek!

The bulk of your time will be spent along the streets of Chinatown — wandering about while you people-watch and attempt to master the art of negotiation.

Petaling Street is well-known as the most visited pedestrianised market that is also sheltered (thankfully) from the damning UVs of the KL sun. The street is chock-full of shops and stalls selling fake goods. And there’s also a warning sign against buying imitation goods hanging above the street — utterly ignored by the hordes of patrons. Kind of ironic, eh?

Whatever you need, Petaling Street’s night market has it. From branded imitation handbags like Louis Vuitton to luxurious watches such as the Rolexes and Tag Heuers, you’ll find it all in this market. It is, for this reason, that tons of tourists visit this spot on a daily basis.

Rise and shine 🌤🌤🌤 Make it a great day and don’t forget to drop by Central Market Kuala Lumpur, we are open 10am till 930pm! . . Shop, dine, and create experience with us while having fun taking shots at our gigantic drop pin 📍 . . #centralmarket #pasarseni #droppin #location #open #kualalumpur #malaysia #sayangmalaysia #dekatje #aboutkl

Otherwise, an alternative market place is the indoor Central Market. The market is set within walking distance from Chinatown. Like Petaling Street, the prices and goods sold here are also targeted towards tourists. So the key here is to haggle, bargain, and negotiate!

In essence, the Chinatown neighbourhood is a well-trodden and inexpensive affair compared to other tourist-centric areas like Bukit Bintang. Other than its markets, the neighbourhood contains several small temples in the area and tasty food stalls that will surely provide extra incentive to wander about and explore.

Do you agree that Chinatown is the coolest neighbourhood in KL? Or maybe you have something else in mind that you would like to recommend to us? Write to us now!

Visiting Kuala Lumpur, Malaysia? Check out all the fun activities you can do here!

Previous articleTravel in Style with JULY’s Innovative Carry-On
Next articleCelebrate 12.12 with ChangiWifi Deals!