Seoul: What You Need to Know Before You Go 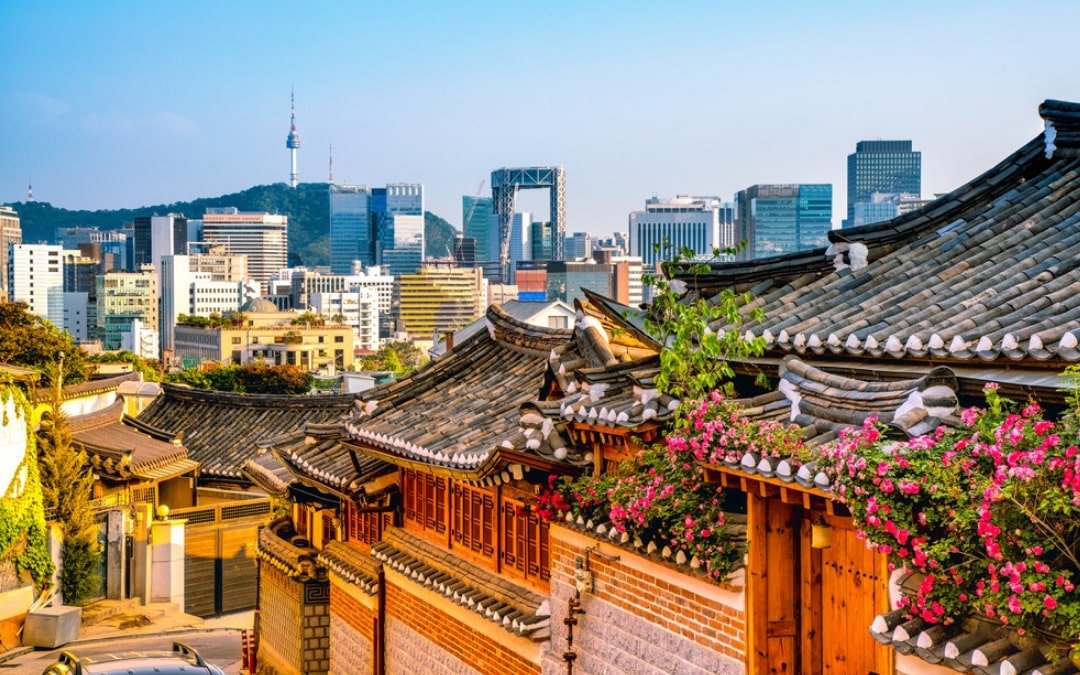 Seoul, the capital of South Korea, is a dazzling metropolis with over two thousand years of history. Miraculously, the past and present of Seoul do not clash but rather adds to the city’s allure–relics of Seoul’s history interspersed among swanky buildings and stylish neighbourhood.

Seoul is also synonymous with cutting-edge technology and boasts the fastest internet speeds in the world, and has been often described as the city of the future sporting neon-lit signs, steel-and-glass skyscrapers that housed tech behemoths like Samsung and LG Electronics.

Home to architecture marvels of the world like Dongdaemun Design Park & Plaza (DDP), Samsung Museum of Art Complex and Kring Kumho Culture Complex, just to a name a few, the South Korean Capital was accorded the UNESCO City of Design during 2010–2017. So, charge your phone, check your data and embark on an Instagram journey.

Ultimately, to truly experience Seoul, one must start with its food, and it’s none other than the tangy, spicy, pungent fermented vegetable dish called Kimchi. The culinary scene in Seoul is diverse, ranging from traditional dishes like Samgyetang (Ginseng Chicken Soup) to international imports that will appeal to both discerning eaters and curious taste-testers.

“Of centuries-old palaces and traditions to bustling food streets, breathtaking mountain trails and addictive K-pop hits, the high-energy capital city is never dull and is always up to sparkle-and-shine.”

Seoul is favourable to visit all-year round depending on what you want to see and do. There are four distinct seasons in Seoul, and each offers a gamut of activities to match your mood and outfit.

Spring begins in April which is the high season as the weather is at its best, featuring streetscapes teeming with blooming cherry blossom trees and clear blue skies.

The summer months falls between June and August, the daily temperature can go up to 38°C, which is truly hot and humid and has inspired us to create this hashtag #seouldamnhot.

September to November is the autumn foliage season where a horde of tourists will be in Nami Island to relive their favourite Korean drama scenes.

Winter months are from December to February and can be bitterly cold. It is ideal for skiing and indulging in winter sports. Ski resorts are usually fully booked during this season, so it is advisable to plan in advance.

Getting into the City (From Incheon Airport)

Seoul has a reliable and efficient public transit system and these are the different ways to travel from Incheon Airport to downtown Seoul.

This is the fastest way to get to the city from the airport. AREX travels non-stop directly from the airport to Seoul Station in exactly 43 minutes. The trains are comfortable with free wifi onboard. You can purchase your ticket in advanced here.

The All-Stop Train will make a stop at all stations. If you’re not pressed for time, get a T-money card and you’re all set to explore the city.

There are bus ticketing counters at the Arrivals Hall. The cost of a bus ticket is around KRW 8,000-16,000 (Approx. SGD$10 to $20) depending on the bus routes. Details of the routes and bus stops are provided at the counter.

The most convenient option but it can be costly. A taxi will get you into the city in about an hour and will cost you around KRW 55,000-75,000 (Approx. SGD$65 to $90). This is preferable if you’re travelling in a group (3 or 4 persons at least). If you wish to book a taxi, please exit the airport through Gates 4 to 8, located in Arrivals, first level, and cross the street in order to approach the taxi stands (4D to 8C).

You can also check out this link for more information on how to get to Seoul from Incheon.

Seoul has an advanced and efficient public transportation system. The city is well-connected and easy to get around via subway trains. Tip: For first-timers, we recommend getting the Discover Seoul Pass, which also works like a T-money card (public transport card) to help you get around the city! Plus, the Discover Seoul Pass allows you to visit over 35 attractions for free as well as attractions at a discounted price!

Seoul is a safe and easy place to travel with children, and most places are happy to welcome kids. 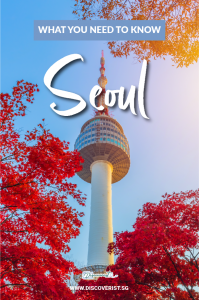