Featuring elements of Gothic French-inspired architecture set amidst lush rainforests, it’s easy to see why one could be under the impression that they’re transported to a medieval village in France.

But do not be mistaken, you’ve not been magically whisked away from equatorial Southeast Asia. You’ve stepped foot onto Berjaya Hills’ Colmar Tropicale — a luxurious French-themed resort located under an hour’s drive away from the city.

Take a gander at Southeast Asia’s next emerging destination for a short escape from the bustling city.

A one day holiday can at times be better than a one week vacation if you totally unplug for that one day! ~ Catherine Pulsifer It’s Wednesday & it’s just two days away ‘till the weekends! Book your stay with us now! Link in bio 🏰 #ColmarTropicale #BonjourColmarTropicale #FrenchTown #Sunny #FamilyRetreat #Vacation #Staycation

Debuted in 2000, Colmar Tropicale is a small resort town located on the hills of Bukit Tinggi. The resort was modelled after the 16th-century Colmar town, northeast of Alsace in France, as well as the architectural influences from the surrounding villages of Riquewihr, Turckheim, and Kaysersberg.

Yes, we wonder too sometimes if Colmar Tropicale came straight out of a fairytale book 😍🏰 #BonjourColmarTropicale

Just 45 minutes drive from Kuala Lumpur City Centre, a charming fairytale town awaits. Medieval gates, half-timbered buildings and cobblestone streets, it is as if you’re in the real Colmar town in France. And like all European cities, there must be a castle somewhere. As you make your way to Colmar Tropicale, you’ll be greeted by a magnificent tower and castle drawbridge surrounded by a swan-filled moat. This is one of the attractions in Asia that makes you feel as if you’re literally in Europe.

When all are turning to ‘Dark Mode’, our Colmar Square still shines brightly in the night. Beautiful capture by one of our recent visitor @yong_photoz 📸 Enlive your nights with us at Colmar Tropicale! #ColmarTropicale #Bonjour #Vacation #Holiday #French #night #Photography

A post shared by Colmar Tropicale Berjaya Hills (@colmartropicale) on Oct 9, 2019 at 4:24am PDT

Colmar Tropicale was LIT 🔥 Grab the chance to join our workout session during the weekends! #BonjourColmarTropicale #FunkyFriday

Bask in the atmosphere of a European town as you amble along its cobblestone streets to the colourful Colmar Square, where there are daily performances taking place.

Colmar Tropicale is also a family-friendly resort, even though it looks more like an Instagram playground for the millennials. Within the resort grounds, there is an outdoor playground, an indoor arcade station, animal parks, and if you’re looking for a little adventure, you can go on a 2-hour horse ride along the hills to take in the sight of the scenic landscape. There are also retail options to shop for unique handicrafts as souvenirs.

Selamat Hari Raya Aidilfitri to all our Muslim friends 🌙 No plans on this Raya? Come over to the French Village for a scroll with your loved ones 🏃 #BonjourColmarTropicale

Oh, and have we mentioned that each corner of the resort is an IG-able moment waiting to happen? There’s even a viewing tower at the end of the square where you may take in the stunning panoramic view of the resort and its surrounding greenery.

Facilities wise, the resort comprises 235 rooms and suites, a gym, swimming pool, and eight F&B outlets. Your appetite will be appeased by the variety of food offerings here, ranging from local to international cuisines. There’s even an authentic fine dining restaurant to complete the French experience.

Getting to Colmar Tropicale

There are several ways to arrive at the doorstep of the fabled Colmar Tropicale. You could self-drive, take taxis/e-hailing vehicles or by getting on one of the resort’s shuttle vans.

If you’re going for an overnight trip, we’d suggest utilising the shuttle services offered by the resort from Berjaya Times Square in KL. There are several time slots available throughout the day so you won’t have to worry about scheduling conflicts. Though, the shuttle fees may put some budget-conscious guests off.

For adults, the tickets will cost RM60 from Berjaya Times Square to Colmar Tropicale. For children, the tickets are RM55. Both tickets are inclusive of one entrance ticket to the Japanese Village and Botanical Garden. On the other hand, the rates for trips back to the city are RM38 for adults and RM28 for children.

Do note that if you’re not planning an overnight stay, you’ll have to fork out an entrance fee of RM15 per adult and RM8 per child.

Things to do in Colmar Tropicale

Aside from the obligatory #POTD, #OOTD, and #wanderlust posts, there are plenty of other activities to do in Colmar Tropicale. You’ll find yourself preoccupied with short and scenic nature hikes or partaking in the most decadent spread of French cuisine. Furthermore, immersing yourself in the nightly romantic atmosphere of the town is a must. And along with those, there are also cultural attractions and wildlife parks to round off an amazing staycation.

Here are some of the highlights of Colmar Tropicale.

From the eccentricities of the French buildings to the tranquil zen ambience of the Japanese Village, you won’t believe that these contrasting concepts are only a short distance from each other.

R&R being the opportune word(s), the soft-flowing waters of the mini waterfall in the Japanese Garden will soothe your mind and melt away your troubles. The manicured and Zenful gardens which encompass the Japanese Tea House, Ume Tatami Suite, and Tatami Spa then perfectly complement the garden’s calming aura.

Konichiwa! To all Japan enthusiasts, Put on your kimonos and walk around our Japanese Village to experience the Japanese vibes 👘 #BonjourColmarTropicale

Pamper yourself by having a traditional Japanese massage at the Tatami Spa. Or else, yet another highlight of the Japanese Garden is participating in a Japanese tea ceremony. And donning a traditional kimono to explore the garden is the icing on top of the cake.

Do note, however, that you’ll have to hike up quite a few steps to get to the Japanese Garden from the drop-off point. But, we promise the effort is well worth it for the scenery alone.

Also, look out for the Botanical Garden located near the Japanese Village. This garden is home to a variety of exotic flora such as the Tiger Orchid (largest orchid in Malaysia) and the elusive (fully-bloomed) Rafflesia.

The only thing stopping you from having a great adventure is YOU 🏃‍♀️ Head out to our Adventure Park and walk across our canopy walk, suspended 15 metres from the ground! #BonjourColmarTropicale

A post shared by Colmar Tropicale Berjaya Hills (@colmartropicale) on May 7, 2019 at 6:30pm PDT

Adrenaline junkies will always find ways to get that adrenaline pumping! We even like you to test & experience our Adventure Park when you are here at Colmar Tropicale! ATV? Rock climbing? Flying fox? Canopy walk? All checked. #ColmarTropicale #BonjourColmarTropicale #AdrenalineJunkie #Adrenaline #Sports #Outdoor #Extreme

On the other end of the spectrum, Adventure Park offers a thrilling escapade in the lush jungles of Bukit Tinggi. Here, you’ll find some exciting activities to join including:

Troublesome Tuesday at the office? How about a friendly paintball match between your colleagues? When you are visiting Colmar Tropicale, enjoy our blasting Paintball Warfare for an adrenaline rush 🔫 #BonjourColmarTropicale #TacticalTuesday

But if you fancy having your feet planted on the ground, then the ATV and paintball field may be the better choice for you.

With a vibrant rainforest surrounding Colmar Tropicale, it comes as no surprise that the wildlife is an attraction of the resort. In this case, the Rabbit Park will definitely be a hit among families with children.

The park houses over 200 different species of rabbits in which visitors may interact with. Snuggle, cuddle, and feed the adorable creatures in an open area where they freely roam. And if the children get bored, then the small outdoor playground and indoor playpen could distract them for a little while.

For something a little more challenging, but equally fun, head to the equestrian club for some galloping with one of the resort’s selected horses. Beginner jockeys also need not worry. You’ll be in the care of professional horse trainers during the journey through the various horse riding trails.

And speaking of trails, you’ll get to enjoy the 16,000 acres of hills, valleys, rainforest, and open countryside. In addition, the cool and refreshing highland climate on your skin is a lovely feeling. Guests are also offered riding lessons, horse handling, and management workshops if they’re interested. 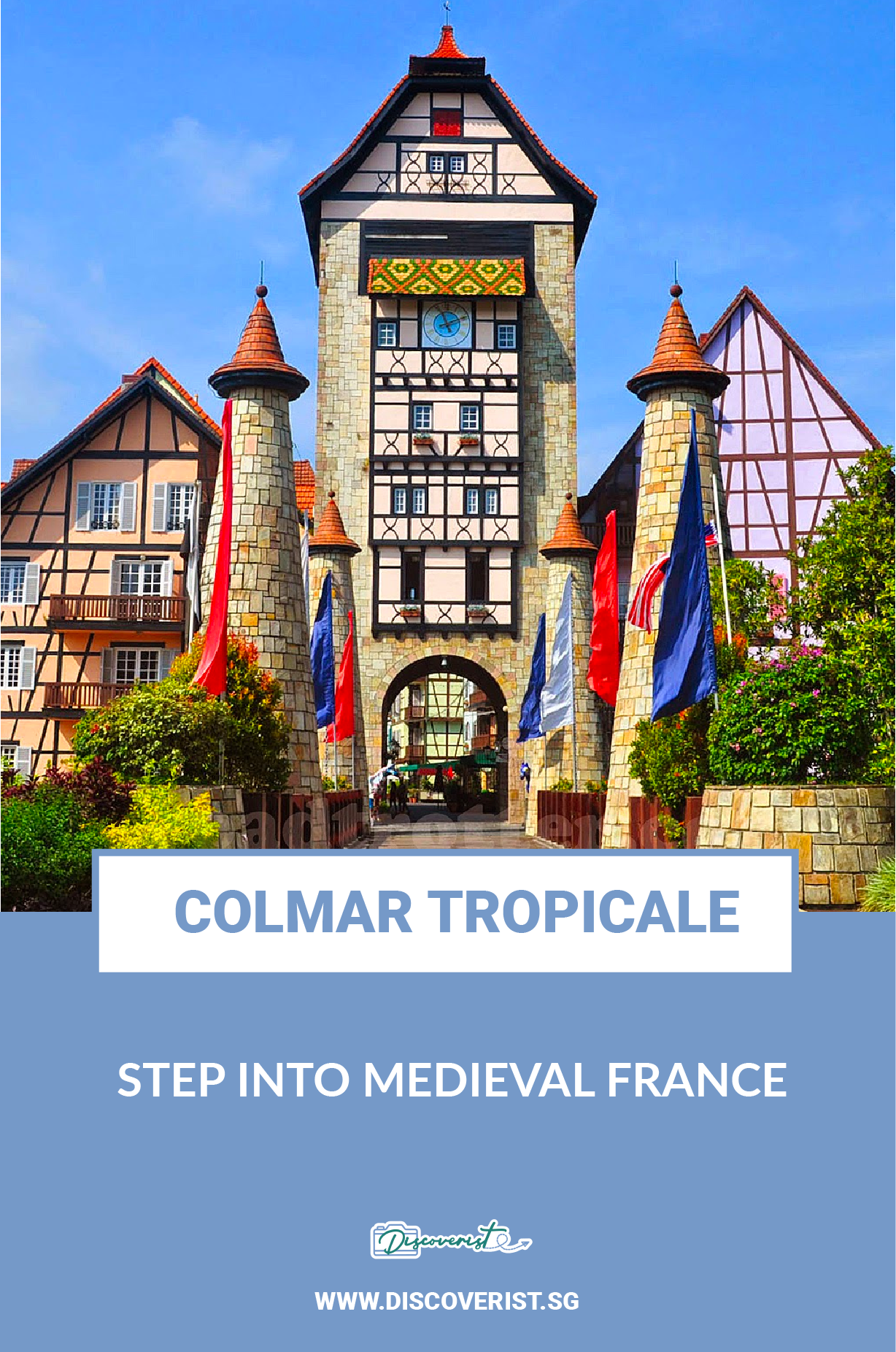 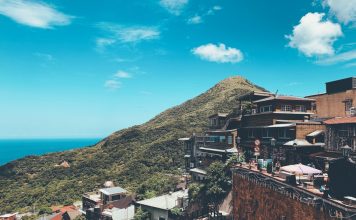