What would you say if someone asked you who Leonardo da Vinci “was”?

An artist, inventor, or engineer?

The answer is—all of the above.

While Leonardo da Vinci is best known for his Mona Lisa painting, the man was much more than just a painter, he was a scientist, a mathematician, a theorist, an inventor, an engineer, as well as an architect.

It is typical of many to label the talents of people into science or the arts, but Leonardo da Vinci believed that the two influenced each other.

“Study the science of art. Study the art of science. Develop your senses—learn how to see. Realize that everything connects you to everything else.”

A man ahead of his time, Leonardo da Vinci lived a life driven by endless curiosity, with an obsession to learn, explore and invent. His imagination and extraordinary craftsmanship allowed him to conceptualise and create legendary art and significant inventions that combined science and arts, or STEAM as it is now known.

Leonardo da Vinci has survived a series of bubonic plagues that struck Milan between 1484 and 1485. During a time when there was no internet or smartphones, he sketched his observations and mapped out city planning concepts to avert future outbreaks. While his ideas were not implemented because they would have required the complete reconstruction of Milan, they do provide some valuable insights for future urban planners.

He foresaw the age of flight

da Vinci was devising ways for man to fly in the 15th century before the Wright Brothers took flight at Kitty Hawk in 1903.

He invented one of the first parachutes, in which the descent to the ground was slowed by a pyramid made of wooden poles and cloth. As he noted, it enabled people to safely leap from any height. Someone else built the first practical parachute nearly three centuries later. In 2000, Da Vinci’s design was finally validated — and it worked! Here’s where you can witness Da Vinci’s ideas right before your eyes in Singapore!

Be inspired by the convergence of art and science at Da Vinci, The Exhibition at Science Centre Singapore. Curated by Argentina-based Aurea Exhibitions in collaboration with Fundación De Historia Natural, this comprehensive touring exhibition features the largest collection of da Vinci’s inventions for the first time in Southeast Asia!

The exhibition features more than 50 fully built, life-size inventions and over 20 fine art studies and dozens of stunning displays spread across 10 zones. Reconstructed replicas of famous da Vinci paintings such as “Mona Lisa” and “The Last Supper” are on display, demonstrating how da Vinci used science to engineer and elevate his artwork through his understanding of optics, illusion, nature, and human anatomy.

In the midst of a pandemic, it’s all too easy to get sucked into the negativity. Why not spend a day learning new knowledge at Science Centre Singapore? 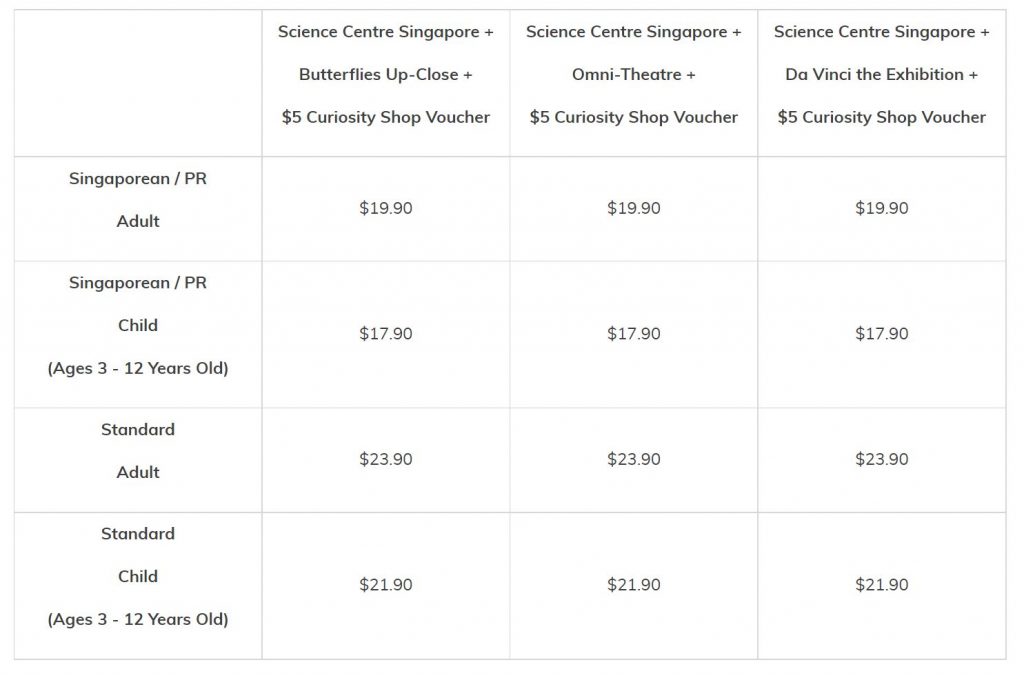 Please note that all half-day passes are to be utilised either within the morning session (10am – 1pm) or afternoon session (2pm – 5pm).

Get your tickets here.