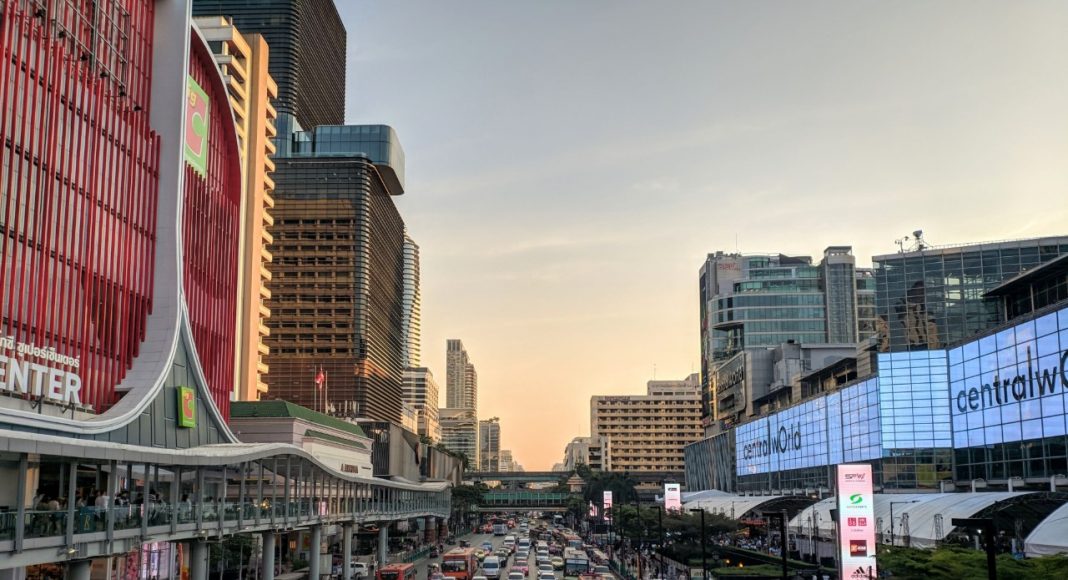 Bangkok’s allure to travellers is a no-brainer. Chaotic markets, inexpensive (but supremely tasty) street food, incredibly exciting nightlife, enriched multi-cultural history are some of the reasons why Thailand’s “City of Angels” has enthralled so many from all over the world.

So, to no one’s surprise, Bangkok won the honour of being the most visited city in the world according to Mastercard’s 2019 Global Destination Cities Index. Perhaps what is more impressive is that the Thai capital staying at the apex for four consecutive years.

As such, accommodations are sure to be tough competition, especially during the peak seasons, even with the myriad lodging options that range from hotels to Airbnbs. While the majority of them are excellent, we’d encourage you to explore the thriving hipster and artsy scene in Bangkok. To start you off, we’ve scoured the five best boutique hotels for your next stay in this bustling city.

Thonglor is the hippest and trendiest district in Bangkok, and with that naturally comes a host of bars and nightclubs littered throughout the area. It is here where you’ll find Bangkok’s foremost hipster scene, the COMMONS, which houses numerous cafes and boutique shops.

PlayHaus Thonglor takes the hipster neighbourhood of Thonglor as its backdrop, introducing a theatrical-themed boutique hotel with four types of rooms that takes inspiration from Romeo and Juliet, Mary Poppins, Aladdin, and Thailand’s own See Pan Din. Be ready to get whisked away to a whimsical fairy-tale of your choosing, with a distinct theme for each room.

If you have the time, drop by the hotel’s bar, Behind the Scene, which is modelled to look like the backstage area of a theatre set, providing a unique concept and feel to a bar.

Styling themselves as an “Urban Lifestyle Hotel”, Hotel Josh presents a retro vintage façade that seems tailor-made for any Katy Perry or Taylor Swift music video. Add on the dreamy hues of green, blue, and pink, one can’t help but recall the set of a Wes Anderson film, unlike how we felt when we chanced upon The Great Madras in Singapore.

Located minutes away from Ari BTS Station, Hotel Josh is hipster and welcoming in the heart of a neighbourhood that sees no shortage of cafes, vibrant nightlife, and street food. If you’re looking for a more chic and cool place that will instantly liven your Instagram feed, Hotel Josh and its retro 80s façade will do the trick.

The main draw of Riva Arun Bangkok would undoubtedly be the riverfront view of Wat Arun, the iconic Buddhist temple situated on the west bank of Chao Phraya River.

It doesn’t mean that Riva Arun is all about the views though. This well-restored, charming boutique hotel was once an old Chinese shophouse and restoration efforts has kept its Chino-colonial design that harkens back to 20th century Thailand, when it was in the midst of modernisation.

The Above Riva rooftop restaurant and bar certainly provides one of the best views of the city and with its stylishly designed interior showcasing a blend of Chinese antiques and modern facilities, Riva Arun Bangkok is a often a top choice amongst boutique hotels.

Boutique hotels rely heavily on their themes to differentiate themselves from the pack, and each hotel draws its inspiration from somewhere, be it fantasy, or the movies, and most commonly, the historic nature of the site it occupies.

We’ve covered and seen many different conceptual ideas but every now and then we get a curveball that just throws us off. Enter The Pattern Boutique Hotel, whose design is inspired by its predecessor, which happens to be a clothing factory.

The Pattern is a fully-furnished two-storey hotel that is inspired by sewing machines and equipment, clothes, and patching’s; even the 12 rooms it offers are named according to everyday cloth sizes.

Stepping into Hua Chang Heritage you’ll immediately notice the white marble lobby filled with Georgian faux-antique furniture that just screams elegance and luxury. The rooms are designed with three themes in mind – magenta, purple, and cobalt blue – the colours which make up the Thai lotus.

If you’re looking for a hotel that is steeped in history and culture, there’s none better on this list than Hua Chang Heritage Hotel.

Looking to book any one of these hotels? Head over to Changihotels now to unlock 60% off your hotel deals! Do you have champagne problems? We’re here to help!We know that there are so many brands out there when it comes to champagne and...
Read more
Discoverist x CR

Thinking about what drinks to pair with your lunch, dinner or dessert? Aside from the most popular food pairings like wine and cheese, or...
Read more
Discoverist x CR

Having a clean home certainly improve our lives as advocated by Marie Kondo, the Japanese organizing consultant (also known as the Beyonce of tidying)...
Read more