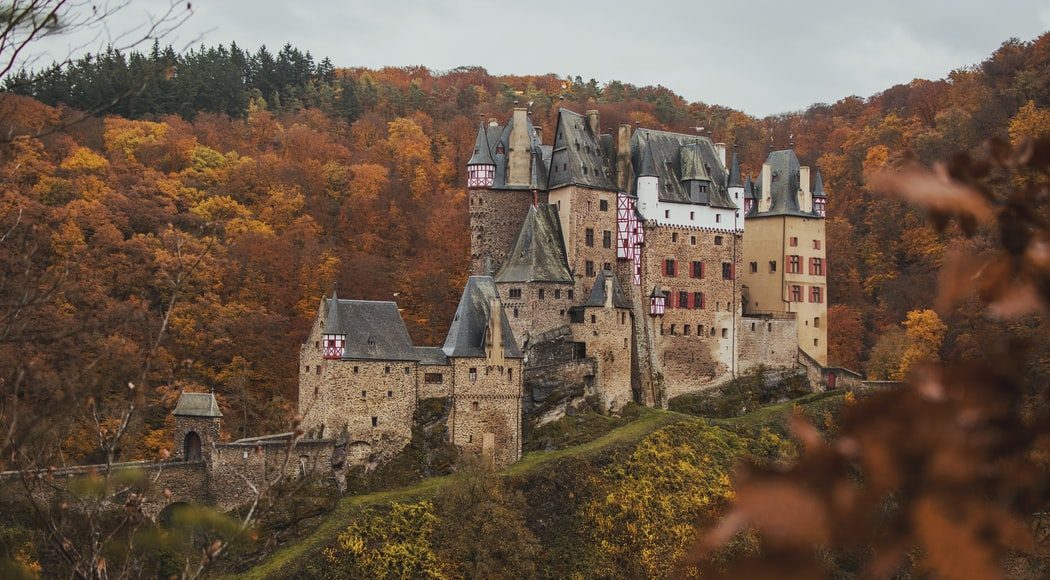 5 Castles in Germany to Live your Disney Princess Dreams

Here are five beautiful, must-visit castles in Germany if you’re a fan of Disney movies!

A post shared by Schloss Neuschwanstein (@neuschwanstein.castle) on May 3, 2020 at 10:16am PDT

Neuschwanstein Castle in Southern Bavaria is one of the greatest castles in Europe and embodies the true spirit of a medieval German castle.

Besides its majestic architecture, Neuschwanstein Castle is also well known for the tragic story of its owner “mad” King Ludwig II. The monarch had a troubled personality after Bavaria suffered a crushing military defeat, which caused him to lose sovereignty in his own kingdom. He then immersed himself in his obsession with building fairy tale castles.

The idyllic Hohenzollern Castle sits at the top of Mount Hohenzollern, 855 metres above sea level.

At times, it is shrouded in a dense fog which gives an illusion of a floating castle, explaining its local moniker of “The Castle in the Clouds”. Fortified with a multitude of towers and turrets, this castle looks straight out of a story book.

Another one of King Ludwig II’s castles, the Linderhof Castle was built in French rococo-style and is surrounded by impeccably manicured greenery.

With its exquisite baroque partitions and water terraces, the gardens surrounding the palace are considered one of the most beautiful in the world. Unlike other lavish castles that can home hundreds, the Linderhof Castle has an exclusive atmosphere with only four rooms.

Nestled in the hills above the Moselle River is the most complete and best preserved medieval castle Burg Eltz. The Eltz Castle stands out for its striking cluster of towers that are capped with Gothic turrets. Even till this date, 33 generations later, the castle is owned and occupied by the Eltz family.

Sitting high up on a steep cliff in the beautiful Swabian Alps that overlooks the Echaz valley is the Lichtenstein Castle. The German word “Lichtenstein” refers to the “light-coloured stone” on which the castle was built on.

Ready for your next holiday abroad? Rent a pocket wifi here.

5 Riesling From Germany For Your Next Happy Hour 5 Riesling From Germany For Your Next Happy Hour

3 Trips to Take in Singapore When You Want to Escape...