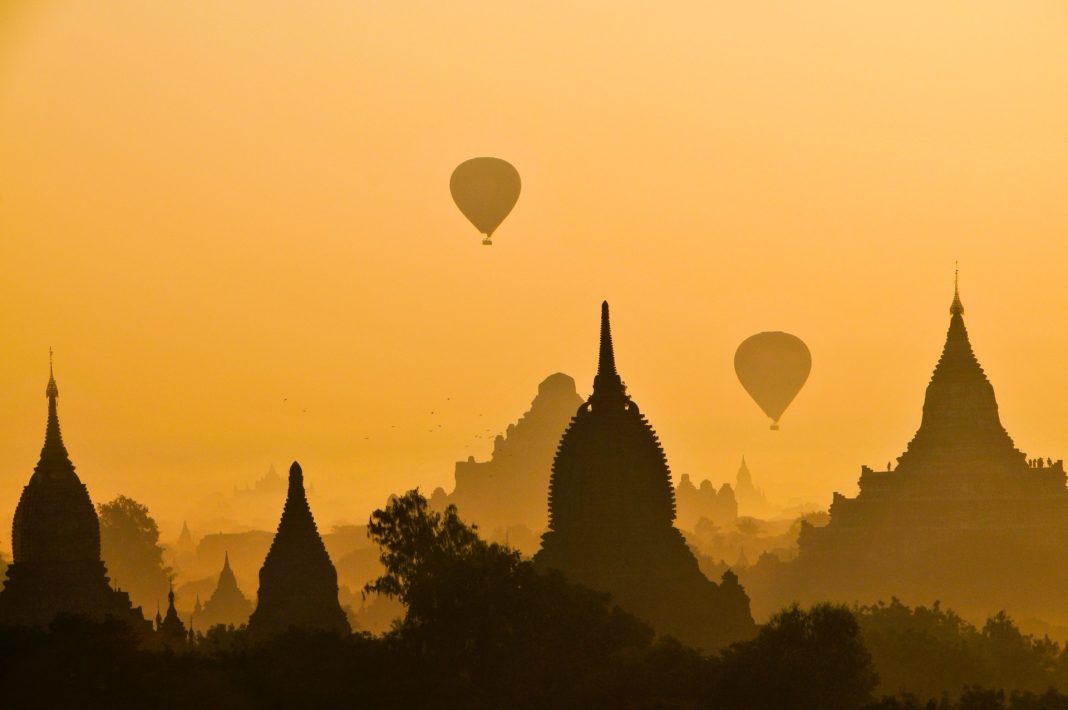 UNESCO – For places of interest, being listed as a UNESCO World Heritage Site holds the same weight as a restaurant being listed in the coveted Michelin guidebook. It’s an impressive recognition, one that gives a place a certain level of credibility and will quite often headline its tourism campaign.

UNESCO stands for the United Nations Educational, Scientific, and Cultural Organisation and it is this body that regulates the places that qualify to be listed as a UNESCO World Heritage Site. Beginning in 1972 in the convention “Concerning the Protection of the World Cultural and Natural Heritage”, these UNESCO sites are deemed to have a certain outstanding cultural or natural value, and preservation of such culture and history is hence necessary, lest we lose it to the sands of time.

With an ever-growing number of entries (UNESCO nominates new sites every year), the World Heritage Site list is a good resource to consult when you’re seeking to spice up your holiday. Discoverist recommends these 10 UNESCO sites in Asia and the Pacific to up the cultural factor a notch on your next holiday!

It’s rare (though not unheard of) that an entire city is designated as a UNESCO World Heritage Site, and the walled city of Jaipur in Rajasthan, India, is the latest inclusion.

While the red and pink sandstone façade of the Hawa Mahal Palace is perhaps the most famed architecture of Jaipur City, and historic in its own right, the city’s attainment of the UNESCO World Heritage status lies in the larger architectural legacy and town planning that forms the city.

Built according to a grid plan that was formed from an exchange and ultimately amalgamation of ideas, the layout of the walled Jaipur City today highlights the interchange between different ethnic cultures of ancient Hindu, Mughal, and Western civilisations.

Up in the Lao Highlands lies the Xiengkhuang plains, more commonly known as the Plain of Jars for the large number of stone jars that lie interspersed throughout the area. Local Laotian legend goes that the jars were created by Khun Cheung, a king of giants that built these jars to brew and store celebratory lao lao rice wine for drinking after every victorious battle.

The exact origins of these jars are hazy at best, but the consensus amongst most archaeologists is that these jars date back to some 1500 to 2000 years ago, serving as funeral urns or food storage, which sounds more plausible (no offence to Khun Cheung).

We’re surprised it took the folks at UNESCO this long to notice this fantasy epic-ready ancient temple city.

Set amongst the Irrawaddy (Ayeyarwady) river, distant towering mountains, and vast canopy of trees, Bagan is as mythical as they come.

Once the capital of a regional empire from the 9th to the 13th century, the remnants of temples, stupas, frescoes, and sculptures remind us of Burma’s deep Buddhist devotion and history. A magnificent archaeological and historic site, its wonder can only be felt in person.

China has no lack of UNESCO World Heritage Sites, something not entirely surprising considering the breadth and depth of Chinese history. The archaeological ruins of Liangzhu City is one of the latest Chinese historical sites to be included, with it being the 55th on the heritage list.

The ruins speak of a Late Neolithic Chinese society that was ahead of its years in terms of urban planning, water conservation, and rice cultivation. The inner city is a massive 2.8 square kilometers, and for relative comparison, it’s nearly five times the area of the Forbidden City in Beijing.

The finding of an abundance of ceremonial jade has also led researches to conclude that the ancient Liangzhu City possessed a complex ritual system of kingship and deity.

5. Migratory Bird Sanctuaries along the Coast of Yellow Sea-Bohai Gulf of China

The other Chinese site in 2019’s list, this one is a little unique compared to the others. Categorised as a natural site, its significance lies in it being a hub for the exotic and endangered birds that migrate here along the East Asian-Australasian Flyway.

The Yellow Sea ecoregion is the world’s largest continuous mudflat seashore and its need for recognition and conservation stems from supporting the gathering of the world’s largest endangered species. Many of these migratory animals depend on the coastline as a stopover to moult, nest, or rest, creating one of the most diverse ecosystems in the world.

The oldest coal mine in Southeast Asia, the Ombilin Coal Mine in Sawahlunto, Indonesia was actually not a product of the local Indonesians. Built by the Dutch East Indies government in the late 19th century to exploit the potential for coal mining on the edge of the Ombilin River, the coal mine came to play a key role during the global peak of the Industrial Age.

Other than its connection to the world-changing period, the Ombilin Coal Mine was the crucible for the fusion of local techniques and European technology, echoing the common interchanging of ideas and cultures between the indigenous locals and Western colonialists of the time.

The Mozu-Furuichi Kofun (ancient grave) are a group of megalithic tombs in Sakai, Osaka Prefecture, Japan. Believed to have been built from the late fourth century to the late fifth and early sixth centuries, they are funerary burial mounds for members of the Japanese elite, often taking the form of various shapes, with the most iconic being a keyhole which is unique to ancient Japan.

While there has been much debate concerning the exact identities of those buried under these mounds, their existence points to a rather complex social-hierarchical funerary system. As Japan blazes a technological trail forward, these tombs act as a lasting reminder of the ancient eras of Japan.

Interspersed throughout the central and southern parts of the Republic of Korea are nine Neo-Confucian academies called seowons. These institutions served as educational facilities during the Joseon era of Korea, operating as libraries, publishing houses, and venues for social and political discussion.

Integral in the promotion of Chinese Neo-Confucianism and its integration into Korean culture, these beautiful and serene pavilion-style seowons were built near mountains and water sources, no doubt cultivating appreciation for and connection to the land’s natural landscapes.

Nestled in the north of the Alborz mountain range of Iran and south of the Caspian Sea lies the Hyrcanian Forest, a historic stretch of forest vegetation that some researchers have found date back to the Age of the Dinosaurs.

Named after the ancient region of Hyrcania, the forest today is home to an extensive number of rare flora and fauna, with their survival to this day hinging on the forest’s relative isolation. Spanning over five provinces in Iran, it’s importance to the Iranian people (and now, it seems, the world) cannot be understated.

Now, getting inscribed onto the UNESCO World Heritage List is a noteworthy and momentous event itself, but this inclusion means a little something more to the Australians. The Budj Bim Cultural Landscape is the first Indigenous landscape in Australia to be listed purely for its cultural values. This means that its significance and importance lie wholly in its intangible value.

Located in the traditional Country of the Gunditjmara people in south-eastern Australia, the Budj Bim Cultural Landscape houses the world’s most extensive and oldest aquaculture systems, a system that has been the engine of socioeconomic sustainability for the Gunditjmara society for six millenia. There exists a complex system of channels and dams designed and built by the Indigenous people to trap, store, and harvest a species of short-finned eel called kooyang.

These intricacies of the relationship between the Gunditjmara people and their land have been retained through the long-standing Indigenous culture of oral tradition and cultural practice, one that hopefully never goes away. 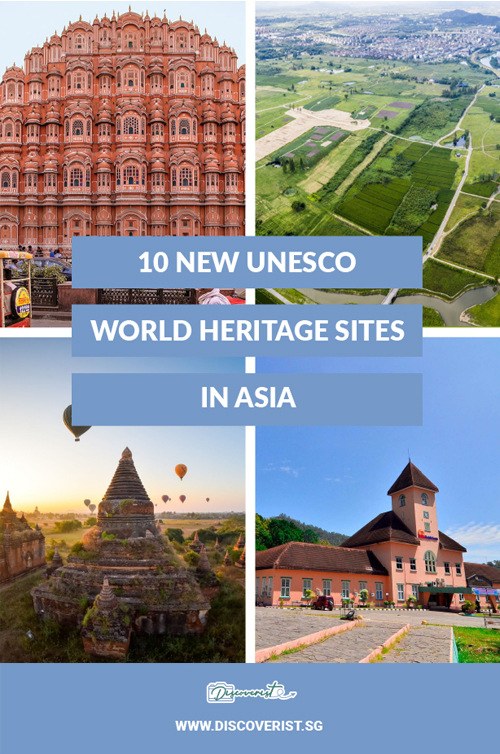