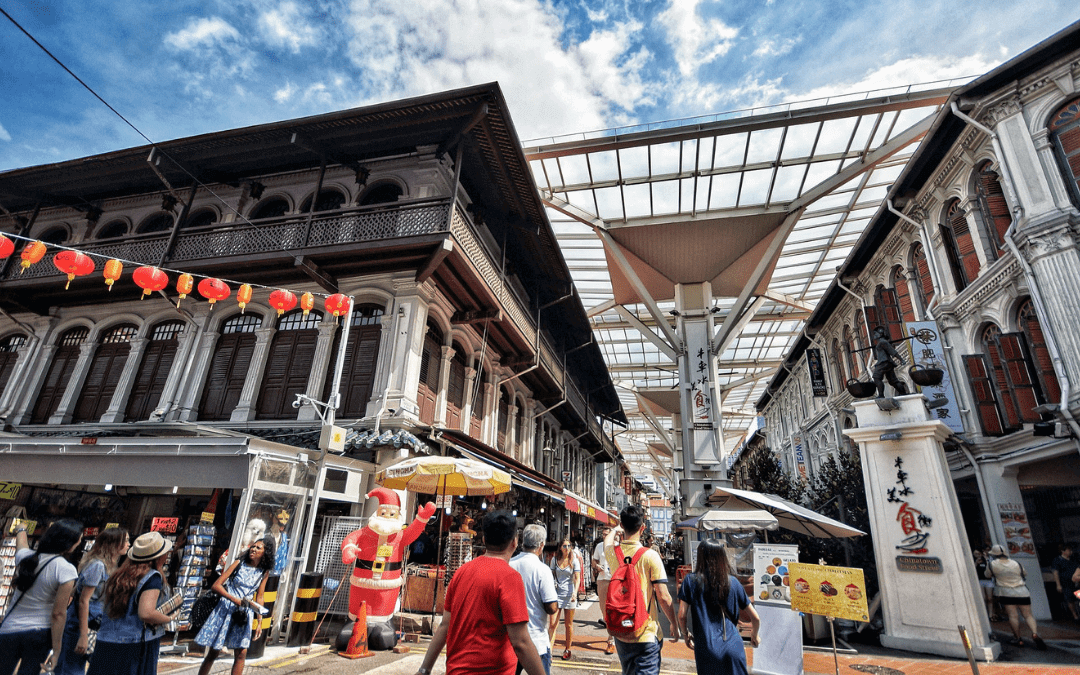 With a total landmass of less than 750 sq km, you could say Singapore is a small country. Tiny, even.

In between work that never seems to end (Singaporeans work among the longest hours on the planet) and the four-walls of my HDB flat, Singapore just feels… monotonous and stuffy. It feels like there’s no escape, which in turn, makes me think of fleeing to an idyllic place outside of Singapore (and no, Sentosa does not count).

Yes, it’s easy to fall into such a trap, because we’re hardwired to associate travel with exotic locales and new experiences. But as I recently discovered, with Singapore’s unique blend of cultures and heritage, there’s more than enough here for a staycation that’s as refreshing as any overseas trip.

Would you be surprised to learn that our island possesses some of the most culturally enriching experiences you can find in the region? Don’t be; we are, after all, sitting at the crossroads between East and West.

With 2019 being the bicentennial anniversary of the arrival of Sir Stamford Raffles, there’s perhaps no better time to have a staycation in Singapore. You’ll get a much needed break, while having fun learning about the rich cultural history that has formed the bedrock of our communities.

Chinatown began life as the Chinese enclave designated by Sir Stamford Raffles in his Town Plan in 1822. Raffles derived the concept from his earlier travels in colonial towns like Georgetown in Penang. And thus, the area west of the Singapore River became Chinatown, becoming the homes of many Chinese immigrants, as well as a transit point for coolies (unskilled workers) heading to Malaya.

The long and narrow streets, lined with the now iconic shophouses, were designed to evoke the layout of the towns back in China, offering some degree of familiarity. Much of that has been retained today, with no small effort going into remodelling and preservation works over the years. Nearly 200 years later, Chinatown has grown to become the foremost historic district in Singapore, attracting no shortage of visitors all year round. If you want to steep yourself in Singapore’s Chinese culture or immerse yourself in one of the most bustling areas in Singapore, look no further than Chinatown.

Mirroring a larger design trend seen in Singapore, Hotel 1929 is a marriage between its old colonial façade and its modern chic interior. Situated in the heart of Chinatown along Keong Saik Road, the hotel is one of the many shophouses that dot the Chinatown enclave.

True to its name, Hotel 1929 is made up of 5 conserved shophouses that were built in 1929. If you’re worried that the hotel feels or looks “old”, know that the 33 rooms they offer are fully refurbished, featuring clean and sleek designs.

Move a little towards the periphery of Chinatown and you’ll reach Ann Siang Hill. Here, you have a new boutique hotel quietly making waves in the staycation scene in Singapore. The newest conservation effort by property mogul Ashish Manchharam, Ann Siang House used to be a clan house for Chinese immigrants to socialise over mahjong and opera performances.

Today, it is a homely 20-suite boutique hotel that will meet your every need. It is built with long term residential stay in mind, anywhere from single night to a whole month. With suites featuring kitchenettes, it can truly be a home away from away. Sounds like a staycation if you ask me, fit for the whole family too.

Between Hotel 1929 and Ann Siang House, there’s no shortage of options to enjoy the comforts of modern living while steeped in Singapore’s rich history.

When you’re in Chinatown, the last thing you have to worry about is food.

If you want something rooted in cultural heritage, you have to go to Chinatown Complex Food Centre. Built in 1983, Chinatown Complex boasts a whopping 700 stalls selling food, produce, and many other goods. A majority of the stalls you can find here lay claim to some sort of heritage, with ownership being passed down from generation to generation.

The Complex wasn’t particularly popular outside of the district, for years faithfully serving its clientele of the area’s residents, office workers and the occasional family seeking a quick bite in between bouts of shopping. However, it quickly gained popularity when one of its stalls earned the coveted Michelin star. Dubbed the cheapest Michelin star meal you can get in the world, Liao Fan Hong Kong Soya Sauce Chicken Rice and Noodles has shot to fame since winning the star back in 2016.

After queuing for 30-45 minutes, you’ll be greeted with a plethora of options from Soya Sauce Chicken Rice, Soya Sauce Chicken Noodle, Roasted Pork Rice, Char Siew Rice, and Char Siew Noodles – all of which mind you, range from $2-$3. Talk about value-for-money, nay, this is a steal ladies and gentlemen. The star of the show is the incredibly tender chicken, but the rest of the meats on offer can easily hold their own in a buffet line.

So prolific is the effort and skill of Hawker Chan and his peers that locals have recently raised a clamour, culminating in a movement to nominate Singapore’s hawker culture into the Unesco’s Representative List of the Intangible Cultural Heritage of Humanity. Not too bad for a country known for its modernity eh?

When discussing food in Chinatown, it would be remiss of us not to mention Mei Heong Yuen Dessert. Tucked amongst the myriad of shops along Temple Street, this Chinese dessert establishment has received no shortage of accolades and coverage over the years.

In a world of artisanal ice creams and complex Korean Bingsu, Mei Heong Yuen is the gateway to the past. They have been making some waves with their own contemporary twist on Bingsu with their Snow Ice series, but for us, nothing beats the nostalgia and warmth of a bowl of Almond or Black Sesame paste. The desserts here leans towards the healthier side (well, as healthy as a bowl of dessert can get), so all you health-conscious folks out there, here’s a treat for you.

It’s a place frozen in time, and one that we hope will continue to exist far into the future.

A little history lesson here: the oldest temple in Singapore is actually located in Chinatown, and it’s not even remotely Chinese.

Touting a 192 years of history, the Sri Mariamman Temple was a beacon for early Indian immigrants and settlers. Nestled along South Bridge Road, in the middle of the Buddha Relic Tooth Temple and the Jamae Mosque, Sri Mariamman Temple forms a trio of religious institutions that serves to represent the culturally diverse society that is Singapore.

Being a historic landmark, and attracting close to a 500-strong crowd of tourists on a good day, Sri Mariamman Temple is a window into Indian culture, religion, and heritage set against the backdrop of an ever happening Chinese enclave.

If worshipping at the alter of commercialism is more your speed (hey, everyone indulges once in a while…!), head for the sinuous paths of Ann Siang Hill.

The quaint little shophouses there hide anything from bookstores to bakeries to cafes, pubs and restaurants, and there’re even lifestyle boutiques trading in Tibetan singing bowls and yogawear. 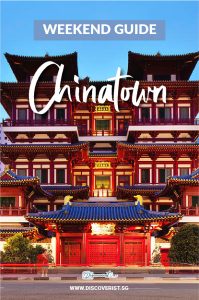 Once upon a time, the lion city was a jungle. Today, Singapore is known globally as one of the most expensive and innovative cities....
Read more
See & Do

There're few places that exude character and creativity the way an independent arthouse cinema does. Tucked on the fifth floor of the Golden Mile Tower...
Read more