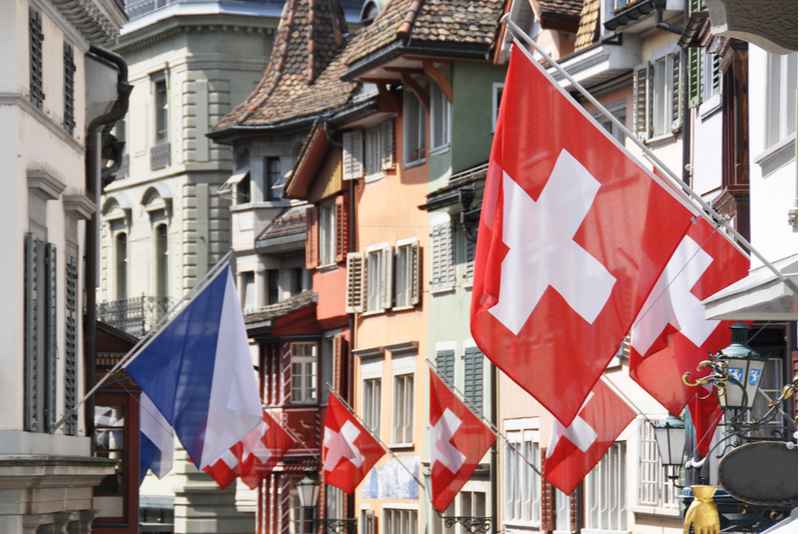 6 Famous Swiss Inventions That Are Part Of Everyday Life

No, Switzerland isn’t only known for picturesque alpine peaks and highly sought after intricately designed timepieces. In fact, the Swiss are rather neutral folks. And it is this neutral stance on almost anything and everything that has made Switzerland one of the most peaceful nations in the world.

Though, the Swiss are definitely an inventive lot that has contributed a whole host of inventions to the world.

How many times have you seen the corrupt baddie in Hollywood films talking about moving their ill-gained fortune to an offshore account? You have Switzerland to thank for that cliché!

Enveloping bank accounts in secrecy isn’t inherently a Swiss thing. But they were the ones who started the trend with the Swiss Banking Secrecy Act of 1934. This gave rise to the first codified bank account system, which to this day is said to be a way to launder money or to engage in tax evasion.

6 Famous Swiss Inventions That Are Part Of Everyday Life 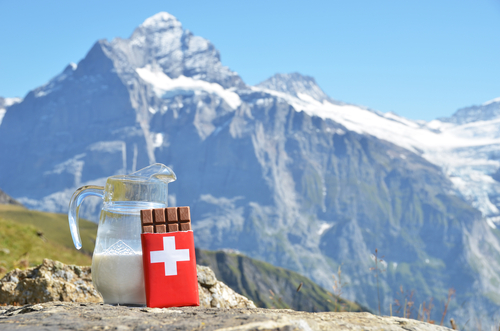 Who doesn’t love chocolate? The decadent treat has made its way into our hearts (figuratively and literally) and tummies as countless chocolate bars, chocolate syrup, chocolate drinks, chocolate powder, chocolate spread, etc. are consumed around the world daily.

And nothing speaks volume about chocolate’s popularity than Swiss chocolate. After all, Switzerland is one of the most famous producers of chocolate in Europe — with the other being Belgium, of course.

Of all the various types of chocolate widely available today, milk chocolate is one of the most popular and it was, as you guessed it, invented in Switzerland.

The concept of milk chocolate is a pretty straightforward one. You take chocolate and add powdered milk, liquid milk, or condensed milk to it. The result is one of the smoothest and uber-sweet confectioneries you can get today.

But who do we have to thank for this marvellous, tasty invention?

In 1875, Swiss chocolatier Daniel Peter finally perfected the milk chocolate formulation after seven years of effort. This process entailed utilising a milk-condensation process developed by his neighbour in Vevey at the time, Henri Nestlé (familiar name?).

The two men subsequently formed a partnership which then led to the creation of the Nestlé Company in 1879. Just the beginnings of the largest multinational food and drink processing conglomerate corporation in the world today. No biggie. 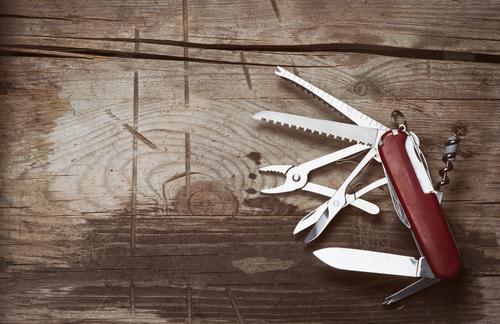 If you didn’t already know, the iconic red Swiss army knives were invented in, well, Switzerland. Mind-blowing, we know, but contrary to popular belief, the Swiss weren’t actually the first to invent the multi-use pocket knife.

In 1891, the first batch of multi-functional folding pocket knives — designated as Modell 1890 — was commissioned by the Swiss Army. German knife manufacturer, Wester & Co. took on the challenge and later delivered 15,000 knives to the Swiss Army.

A couple of years later, Karl Elsener, then owner of a surgical equipment manufacturing company which later on became Victorinox (parent company of the Swiss Army Knives brand), went on to develop an improved version of the knife intended for use by army officers.

This upgraded knife had tools attached on both sides of the handle using a spring mechanism which also helped to hold them in place. Over time, the tool developed into the recognizable cultural icon of Switzerland that we know today.

Oh, and we also owe thanks to the American soldiers during World War II for its name. Apparently, they found the tool’s German name, Offiziersmesser a little too hard to pronounce. Thus, the Swiss Army Knife was born. 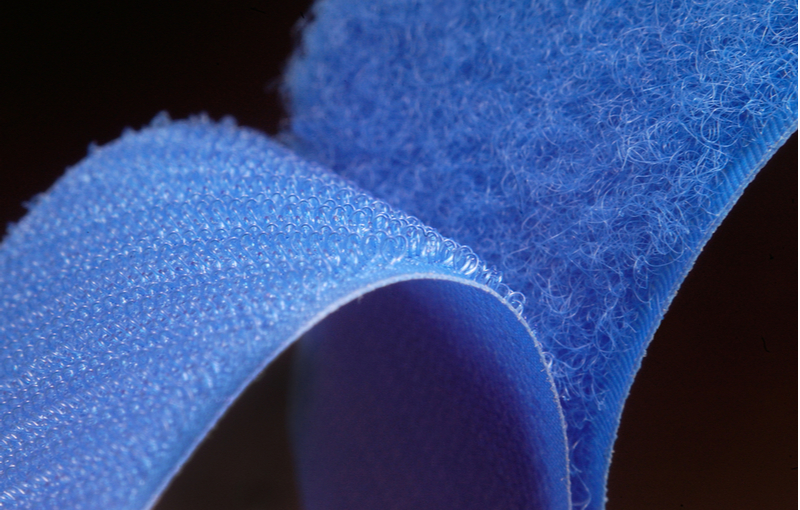 The satisfying and distinctive ripping sound that comes right after you tear Velcro apart is something we’ve definitely grown accustomed to in our modern, and at times, cushy lives.

First thing’s first, the Swiss invention we’re referring to here is not Velcro itself per se. In actuality, the Velcro Brand is the first and one of the most well-known manufacturers of the hook-and-loop fasteners found on most of our footwear and apparel today.

The original hook-and-loop fastener concept was conceived in 1941 by Swiss engineer George de Mestral. The epiphany came to de Mestral one day after returning from a hunting trip with his dog in the Alps. He had found that his clothes and his dog’s fur were covered in burs of burdock that were difficult to remove. Not content with plucking them off, he examined them under a microscope and discovered how the hooks from burs could attach to anything with a loop. A lightbulb lit up above his head.

From there, he went on to ceaselessly experiment, develop, and finally create the wonderful invention that we know today as Velcro. 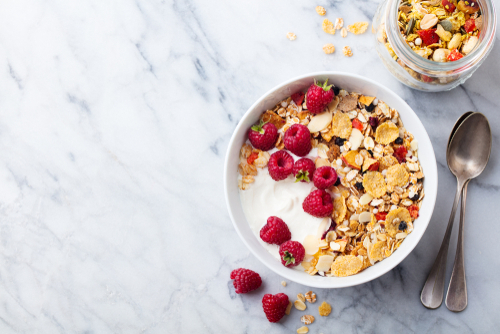 Nothing starts off the day right like a good, hearty, healthy meal. With that in mind, the old Swiss favourite of muesli is exactly the fuel you’ll need to start the day on the right foot.

Originally intended as an appetiser like bread and butter, muesli was developed around the 1900s by Swiss physician Maximilian Bircher-Benner for patients in his hospital. He believed that a good diet rich in fresh fruits and vegetables was an essential part of therapy.

Muesli is now eaten as a standard breakfast or brunch dish by the Swiss. A particular favourite there is Bircher Muesli (named after its inventor) which calls for a bowl of soaked muesli and other extra ingredients like yoghurt and fruit.

Otherwise, the dish also functions in both Switzerland and Germany as a light evening dish called Birchermüesli complet — a muesli variation with milk coffee which also comes with an accompaniment of bread, butter, and jam. 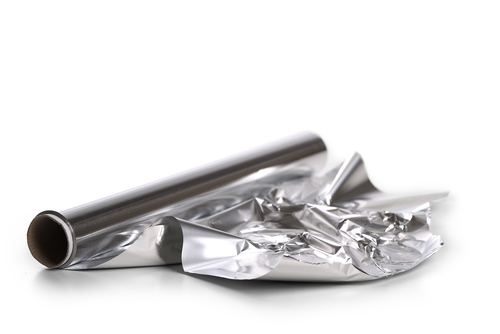 Where would we be today without the almighty malleable sheet of metal known as aluminium foil?

But before you get to thinking that tin foil and aluminium foil are one and the same, we’re here to tell you that they aren’t. While it’s true that tin was the go-to for thin metallic foil prior to its aluminium counterpart’s inception, the material was ultimately supplanted by the latter in 1910.

It was at this time that the first aluminium foil rolling plant, Dr. Lauber, Neher & Cie was opened in Switzerland.

The aluminium manufacturing plant was owned by the team of J.G. Neher and his sons and it was located at the foot of the Rhine Falls. Harnessing the energy of the waterfall to generate electricity, Neher’s sons and Dr. Lauber discovered the endless rolling process as well as the use of aluminium foil as a protective barrier.

Soon after the aluminium foil rolling plant was in operation, the Swiss confectioneries was able to utilize the flexible and cheaper material for their own packaging. The Tobler Company began to use It uses aluminium foils to wrap its chocolate bars which included the likes of its iconic triangular chocolate bar, Toblerone. 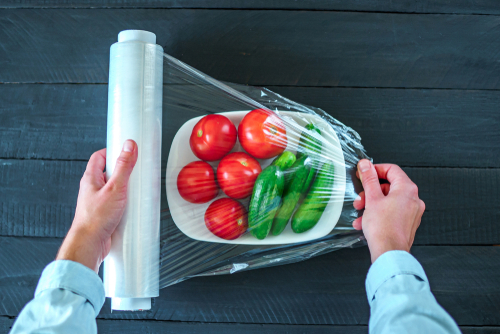 Speaking of food packaging materials, Cellophane is another invention from Switzerland, believe it or not.

The thin, clear sheet was invented in the early 1900s by Swiss chemist Jacques E. Brandenberger after witnessing a wine spill on a restaurant’s tablecloth. After the incident, he decided to create a cloth that could repel liquids rather than absorb them.

To do this, he first used a waterproof coating on a fabric, opting to use a cellulose base as a test. The resultant coated fabric came out a little too stiff, but he noticed that the top layer peeled off into a thin, transparent sheet. Consequently, the idea for Cellophane was born as a by-product.

Then it took Bradenberger a decade to perfect the material. And by 1912, he had finally completed a machine to manufacture the film.

Today, you’ll find cellulose films (the most popular being Cellophane) still being used for packaging a variety of food items. But along with that, this material has also been adapted for industrial application use, such as in self-adhesive tapes like Sellotape/Scotch Tape or as a semipermeable membrane in certain batteries.

All images from Shutterstock.

Day X of your self-imposed quarantine/government-ordained lockdown.You’ve soon come to realize that there’s only a finite number of ways you can make your bland...
Read more
Covid-19

5 Grocery Delivery Concierge Apps To Use in Kuala Lumpur

As Malaysia enters the second half of the 14-day Movement Control Order (MCO), and with another 14-day extension on the way, you’ve come to...
Read more