A New Way to Explore – 5 Scenic Road Trips in Japan

I remember the rush of the wind blowing across my face as I lowered the side window of my rental car. It was a singular highway road that stretched as far as my eye could see, with vast green landscapes flanking each side and mountains filling the background. I felt unrestrained and free, and to this day remains one of the most amazing experiences I had cruising down the entire freeway.

When it comes to road trips, not many consider the East Asian country of Japan. Places like New Zealand and Australia come to mind, along with far-flung places such as Iceland and Norway. Tack on the advanced modes of transportation that Japan offers, driving almost never flits across anyone’s mind when travelling in Japan.

That, however, would mean missing out on incredible opportunities to experience the natural geographical landscapes that abound. Lying beyond the futuristic cities and old-world temple shrines are many hiking trails outside the city, and with that comes mesmerising routes to meander. From the beautiful fields of Hokkaido to the winding roads amidst the famed Mount Aso, here are 5 of the most scenic road trips you can take in Japan.

We kick off our list with largest active volcano in Japan, Mount Aso, with its hilly mountain range and long winding roads. The beauty of Mount Aso lies in its untouched nature and the world’s largest caldera and green grass fields.

There are buses that take you through the many onsens right up to the spectacular Nakadake Crater, which is a sight to behold. We’d recommend skipping the bus rides, rent a car and take your own scenic road trip up through the winding roads for a truly memorable experience.

Take note that because Mount Aso is an active volcano, some areas are often partially closed when the occasional volcanic activity and ash can get quite intense, so check if the areas surrounding Mount Aso are open for visits!

Autumn is a supremely beautiful season in Japan, with fiery foliage stretching from Kyoto to Fuji. Apart from the relatively unknown Hoshi no Buranko, Bandai Azuma Skyline provides some of the best views you can ask for during autumn.

The skyline is a stretch of mountainside roads that lead up to the Azuma-Kofuji peak, part of the Mount Azuma volcanic mountain range, famously known as a mini Mount Fuji for its similar shape. There is no shortage of beautiful picturesque spots lined up throughout the skyline which begins from Fukushima City, winding up the eastern Azuma mountains before descending towards the Urabandai region.

Perhaps one cannot make a list of road trips on Japan without mentioning the famous Hakone Hill Climb, often attributed as one of the places where the technique of drifting was born and perfected.

It’s a privately-owned road so you’ll find yourself having a largely peaceful drive through this historic stretch. If anything, this snaking hill climb is worth going to get a taste of what it was like for drivers of years’ past honing their racing skills on the very same stretch. Even today, you’ll chance upon car enthusiasts testing their mettle against the twists and turns of Hakone Hill.

Large, expansive mountainscapes are certainly stunning, and there’s something to be said about basking in their sheer magnitude. With that said, there’s something magical about the colourful fields of Patchwork Road which instantly captivates.

Referred to as more of an area than a singular road, Patchwork Road got its name from the overhead view of the fields of Biei in the Hokkaido Prefecture. Patchwork Road is beautiful all year long, but it’s best visited during the summer when a drive will leave you winding through colourful fields of flowers that will have you stopping every now and then to snap photos for Instagram.

The title for ‘most unique driveway’ would perhaps fall to Chirihama Nagisa Driveway in the Ishikawa Prefecture.

Now it’s one thing to drive along a rugged coastline, seeing the waves crashing upon the rocks, it’s another to be driving right beside the sea. One of the three public beach driveways in the world, the Chirihama Nagisa is a full 8km long “road” that will see you cruising along with the waves right beside you.

You can already imagine the view of the sun setting in the not-so-distant horizon, one arm out the side window, with road trip tunes accompanying you. Oh, it doesn’t get any better than that. 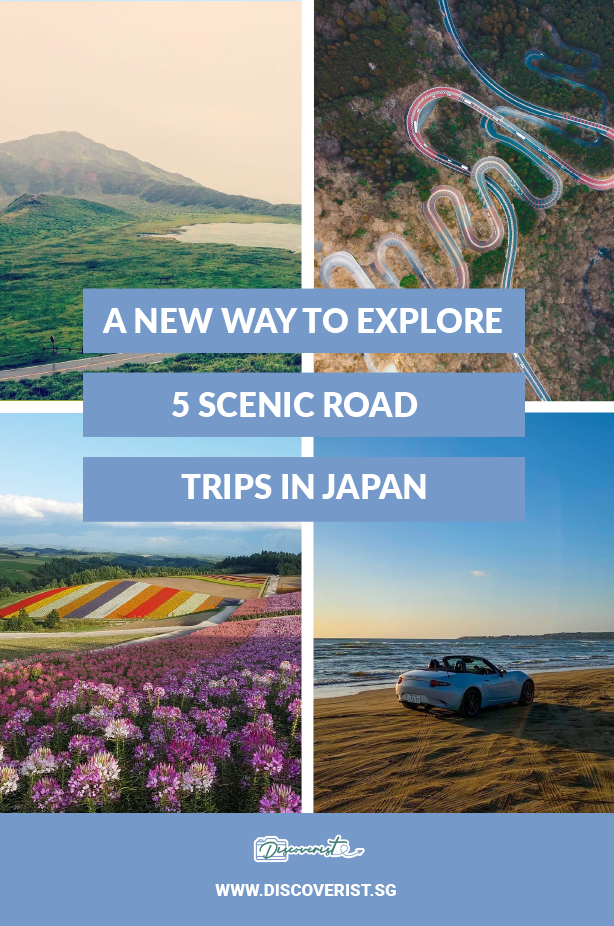 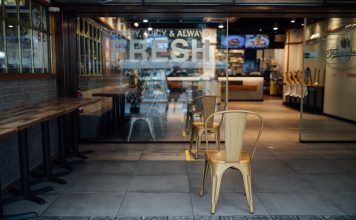