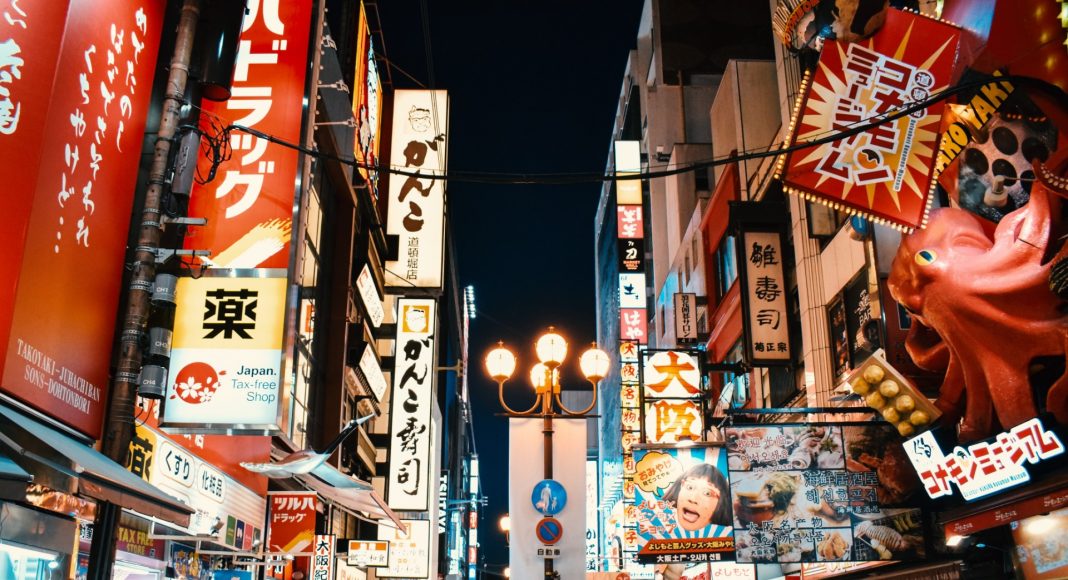 A Tasting of Osaka in 7 Mouthwatering Dishes

I tend to like to start off with a nice, elaborate opening that details some form of history or culture just to give the piece some context and colour.

But there are a few exceptions, and one of them is when it comes to good food, I don’t dilly dally, nor do I beat around the bush. Japan is a place that is widely regarded for its culinary prowess, and there is no shortage of excellent food available. One only needs to consider the way Japanese food has been exported all over the world.

All that’s left to say is that Osaka is known as Japan’s kitchen, an accolade earned not in vain given the diverse range and high quality of food available. Also, I need to quickly finish this lest I find myself booking a plane ticket (again) to Osaka.

Many of the Japanese dishes we have grown to know and love throughout the world originated from the city of Osaka – including okonomiyaki. As of today, there are some 2,500 restaurants serving up the comforting dish, and almost double that across the Kansai region.

While far from being an Okinawan specialty (the dish is universally beloved throughout Japan) okonomiyaki certainly ranks highly as one of the most marketed and beloved dishes both within and without Japan. Cooked on a griddle, okonomiyaki is a savoury pancake made with flour, cabbage, and various meats and seafood.

A great place to savour the iconic round pancake is Ajinoya, a Michelin Bib Gourmand eatery that has surprisingly kept up its standards despite the long queues. The okonomiyaki at Ajinoya tends to have a higher ratio of cabbage to flour, adding extra crunch and sweetness. It’s something I crave for every minute I’m not in Osaka.

Bonus: Don’t miss out on the yakisoba as well, which in my opinion, holds its own against  the okonomiyaki in every way!

Standing shoulder-to-shoulder with okonomiyaki as one of Osaka’s top street food is takoyaki – a gooey, dough ball with an octopus filling and topped with mayonnaise, a savoury sauce, bonito flakes, and aonori (powdered seaweed).

Littered practically all over the streets of Dotonbori and markets like Kuromon are shops selling takoyaki, and there’ll be surely people pressing their noses up against the glass wall watching takoyaki easily being flipped around on a griddle with spherical indentations and later onto a plate topped with spring onions.

We’d recommend heading to Abeno Takoyaki Yamachan, a highly rated establishment that stands out from its peers with a special batter made with a unique stock that includes vegetables, fruits, chicken, and dried bonito broth. Simmered for four hours, the broth  gives the dough of the takoyaki a unique umami flavour with every bite.

Developed in the 20th century as a cheaper fast food, Kushikatsu is the dream come true for all deep-fried lovers.

What started off as a delicacy specific to the Shinsekai area of Osaka, kushikatsu can be found all across Osaka today. Essentially deep-fried meat or vegetables on skewers, you can find all sorts of ingredients from gizzard to lotus root, and even fruits. Nothing is safe from the deep-fryer when it comes to a kushikatsu restaurant.

Right in the heart of Shinsekai is Kushikatsu Daruma, a long-standing popular kushikatsu restaurant with an iconic “angry man” mascot. You can choose your skewers a la carte or opt for their 16-skewer set and let the kitchen devise your dinner for the night! With a pint of beer or two, it’s going to be a satisfying meal.

An essential part of kushikatsu is the accompanying dipping sauce, and there’s an unwritten rule that everyone is expected to follow – no double dipping allowed. Try as much to get enough sauce on the first go as it’s largely frowned upon if you go in again. And when I say “frowned upon”, I really mean cardinal sin.

Udon (thick wheat flour noodles) is like the brother to ramen, and both are equally loved throughout Japan (though I’m sure everyone has their favourite). I’m more of a ramen person myself, a rich tonkotsu broth is unparalleled in my books.

But we’re here to highlight an Osaka (or rather Kansai region) specialty that is kitsune udon. Literally translating to “fox udon”, many believe its name follows an old folk tale which relates that foxes have a love for deep-fried aburaage (tofu). Hence, a simple bowl of kitsune udon would feature udon topped with deep-fried tofu.

Usami-tei Matsubaya may not the most popular place right now, but it is credited as the place that invented kitsune udon. Funnily, the Usami family originally opened a sushi restaurant in 1893 before evolving and changing to be the udon specialist it is today.

Some have pointed to kitsune udon broth – flavourful yet balanced – as what typifies Osaka’s status as the “kitchen of Japan”.

Opening Hours:
Monday to Thursday: 11AM – 7PM
Fridays and Saturdays: 11AM – 7:30PM
Closed on Sundays

A direct translation from its Japanese name, Human Beings Everybody Noodles is one of the most popular ramen establishments in all of Osaka. It’s hilarious name aside, the restaurant is ranked number 1 on the Supleks Ramen Database (ramendb), largely considered the most comprehensive ramen-related website in Japan.

Located near the Shin-Osaka Station, Human Beings Everybody Noodles is famed for their shoyu ramen, which to many is the king of classic ramen. The shoyu-based broth has a hint of sweetness which speaks to the influence of flavours within the Kansai region. You should be prepared to wait for your bowl of heavenly goodness, though.

Second Bonus: For a less crowded alternative, go for one of the standing bar ramen places by the roadside. A simple savoury bowl of ramen from Kinryu Ramen, which you can find in the Dotonbori area can do just as good a job in hitting the spot, especially during the winter cold.

This next entry is by far one of the most iconic (and wallet-friendly!) food you can enjoy in Osaka.

Kaitenzushi, or conveyor-belt sushi, is currently a worldwide phenomenon. Even in Singapore, we have Genki Sushi, Sushi Express, Nihon Mura, and the more recent Sushiro which happens to be Japan’s no.1 kaitenzushi establishment today.

What many do not know is that the idea of kaitenzushi was birthed all the way back in 1947 and the first kaitenzushi restaurant opened in 1958, giving ordinary Japanese the opportunity to have sushi, something which was solely reserved for the upper class then.

Mawaru Genrokuzushi, the first kaitenzushi restaurant went on to be a hit amongst the locals and its popularity took off when it was featured in 1970 at the Osaka World Expo. If you’re looking for some cheap and good sushi, there’s not a more historic one than the OG, Mawaru Genrokuzushi.

If you’re in the mood for a more refined dining experience, an authentic kaiseki meal in Japan is what you want. The haute cuisine of Japan, kaiseki or kaiseki-ryori is a traditional multi-course Japanese meal with intricate dishes and pairings.

Largely hidden underground in Minami Ward is a one-star Michelin restaurant that offers up a full kaiseki experience. Osakana-ryori Asai offers up an eight-course omakase or chef’s tasting menu that features a wide range of fresh ingredients from tuna sashimi to rice porridge, and abalone.

Make reservations for seats by the counter and slowly let your mind be blown by the immaculate techniques of the chefs and the exquisite taste of the food.

Opening Hours:
Monday to Saturday: 5PM – 12AM
Closed on Sundays