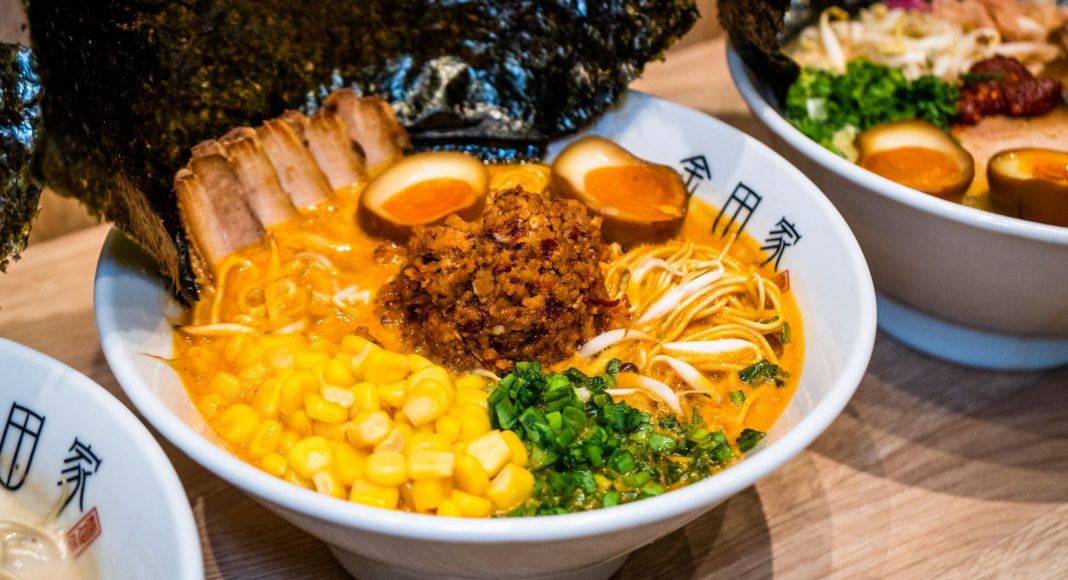 One of my ultimate comfort foods, there’s nothing quite like slurping a rich tonkotsu broth to warm the heart, the body, and soul.

Let’s run it back to the Meiji Restoration and the beginning of ramen in Japan. Contrary to what many think, ramen wasn’t a Japanese invention. Sure, the bowl you’re eating now can be considered quintessentially Japanese, but it was developed and finetuned over the course of a century and a half, with its roots being traced to China.

The Meiji Restoration saw the Japanese reopen its doors to the outside world, embracing concepts of modernisation and westernisation. This was when the early versions of Chinese la mian started filtering into Japanese society.

The first ramen stalls opened in 1910, serving up a kind of hybrid between the both – Chinese noodles with inflections of Japanese flavours and culture that slowly captured the hearts of the population. By 1937, there were ramen stalls all over serving up the iconic and beloved bowl of noodle soup.

And for some, ramen is more than just a bowl of noodles.

Kanada-san was a former professional keirin racer, which saw him race on brake-free bicycles at some, quite frankly, neck-breaking speeds. A spate of injuries however necessitated Kanada-san giving up the risky sport of being a keirin racer.

Stripped from his passion and career, Kanada-san knew he had to pivot to something else to fill the hole in his life. Some soul searching later, and Kanada-san dived into making ramen, a dish he loved eating since he was young. 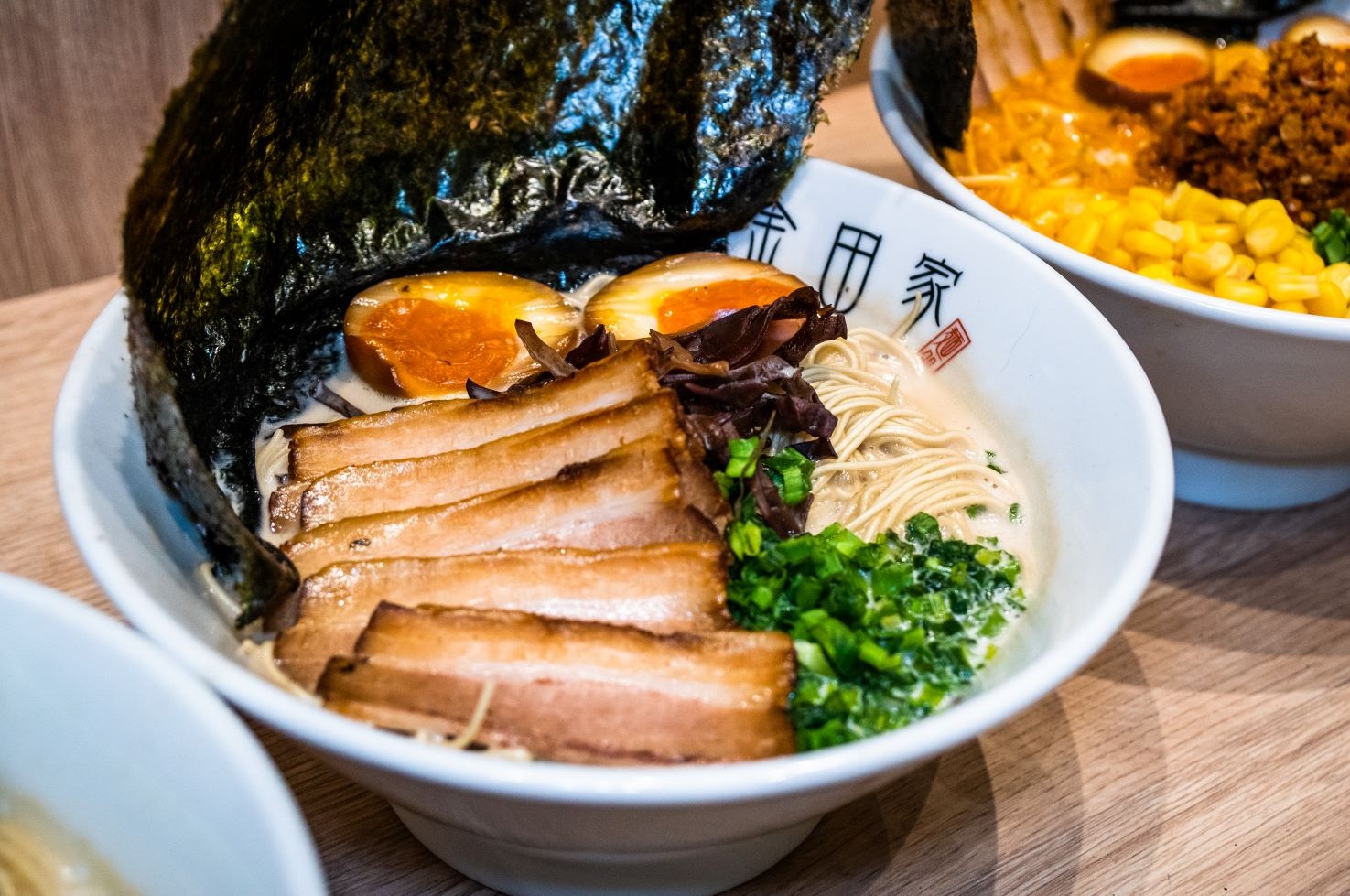 Growing up in Fukuoka, tonkotsu was the name of the ramen game in his hometown. This rich, fatty, porcine broth originated from the Fukuoka Prefecture, and is the signature ramen of the area, stamping out the shoyu (soy), shio (salt), and miso (soybean paste) soup bases that are often seen in other parts of Japan such as Tokyo, Hiroshima, and Hokkaido.

We had the pleasure of sitting down with Kanada-san when he was in town for the launch of Kanada-ya Singapore to pick the brains of the man who stood behind what many deem as the number one ramen restaurant in London.

What Makes a Good Bowl of Ramen?

Can’t get enough of meat? Our Chashu Tonkotsu ramen will surely fill you up with the generous portion of collar chashu inside! ⁣ ⁣ ⁣ #KanadaYaSG #awardwinning #japanfood #foodiesg #sgfoodlover #chashu #ramen

Let’s begin with the broth, the body of ramen, the component that separates a good bowl from a great one.

But before that, a component that is closely guarded and not talked about a lot is a secret sauce, the tare, which is essentially the seasoning of the ramen. This little touch was what won over many diners when Kanada-san was starting out.

Now back to the broth, Kanada-san emphatically states that no good broth is made and served on the same day. His process starts by submerging pork bones in water to defrost them and lights a fire directly underneath. This kicks off the cooking process where the soup slowly turns red and scum will slowly gather.

WE ARE HIRING! ⁣ ⁣ Are you a friendly, enthusiastic and dedicated individual? Have a passion for excellent customer service and management? Then we’d love to have you as part of our Kanada-Ya team! ⁣ ⁣ Send in your resume and cover letter to hr@kanada-ya.sg today! We look forward to meeting you! #KanadaYaSG #awardwinning #foodiesg #sgfoodlover #nowhiring

The next step requires throwing away the scum and unclean broth, before washing the pork bones with clean water. He emphasises that its necessary to cool the broth with ice and place it in the fridge overnight as doing so will allow the amino acids in the soup to grow, resulting in a more robust and flavourful broth.

All of that is just the preparation work for the broth, and while the broth is sure to be the body of the dish, the other ingredients have to be stellar individually before coming together as a cohesive whole.

For Kanada-ya Singapore, both the noodles and eggs are flown in from Japan, ensuring that the outlet works with the same premium ingredients as the ones in Fukuoka. He underscores that fresh Japanese eggs can be eaten raw.

Kanada-ya Ramen also braises their pork for three whole days, something that Kanada-san is confident only his brand goes to those lengths for braised pork.

Something is cooking… ⁣ ⁣ Guess which award-winning Japanese ramen will be coming to Singapore? 🍜 ⁣ ⁣ #KanadaYaSG

And that’s the question isn’t it? There are a bunch of ramen places all over the world, and in Singapore, there’s certainly no lack of establishments here so that everyone has their personal favourite.

When asked this, you could see a little pride surfacing on what was a rather stoic face throughout the interview. He saw his originality as the defining factor for Kanada-ya’s success, with his ramen creations serving as the backbone of his franchise.

Astonishingly, Kanada-san never actually learnt the craft under a ramen master as each and every one turned him away. A truly self-made ramen man, Kanada-san had navigated his way through the Japanese ramen world, eventually solidifying his own brand on the backbone of countless hours and countless bowls of ramen.

He even admits that till today, he doesn’t know the ‘standard’ way (if such a thing exists) of making a bowl of ramen.

Yatta! The creator behind our award-winning ramen, Kanada-San, and the Management of Kanada-Ya Singapore officiated the celebration of Kanada-Ya's FIRST store opening in Singapore with kagami-biraki (sake-breaking ceremony) earlier today, followed by a special tasting session for the media and invited guests. ⁣ We will be officially open for your ramen cravings tomorrow! ⁣ #KanadaYaSG #awardwinning #japanfood #foodiesg #sgfoodlover #singaporefoodie

And perhaps that’s why, for Kanada-san, ramen is more than just a bowl of noodles; it’s a new lease at life, one that has propelled him to greater heights and at greater speeds than his career as a racer. Sure, there were bumps on the road, but his will to succeed and perseverance has allowed him to attain relevance in an all too difficult and competitive industry.

At the end of our interview, he takes a sniff of his ramen and a slurp of the noodles. His eyebrows scrunch together, almost sighing, a silent pause follows before he notes how the bowl has yet to be perfected.

And he walks back into the kitchen saying he’ll spend the rest of his life perfecting his bowl of ramen.

And damn, if that is not an attitude that we should all aspire to have.

The 10 Best Nintendo Switch Games You Can Play at Home 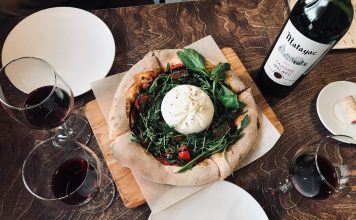