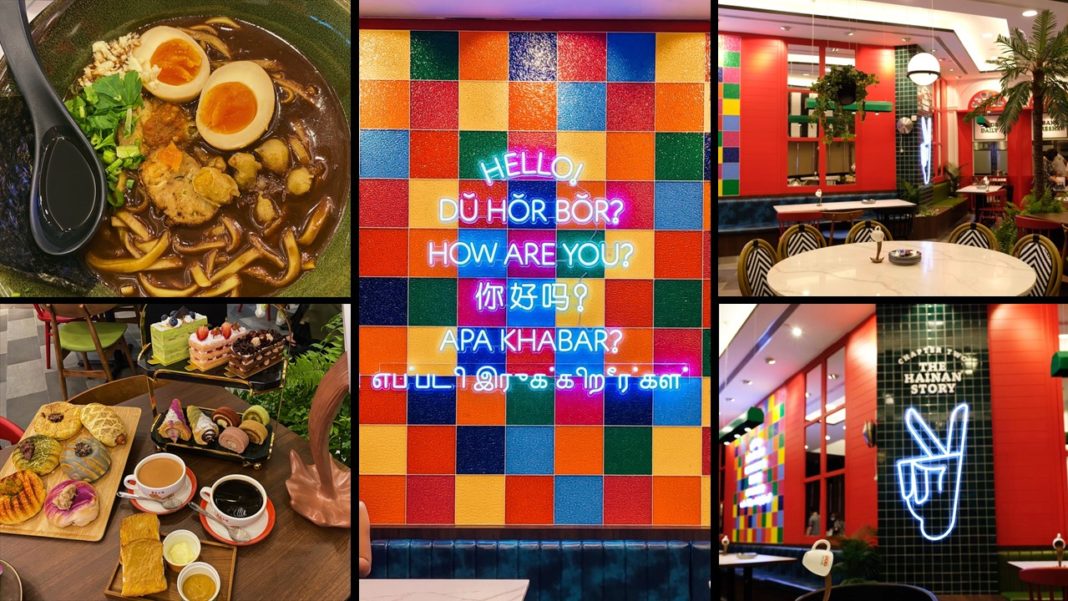 A new outlet of Hainan Story is set to open at Jewel Changi Airport on 7 July 2022. This will be the third outlet for the popular eatery, and it will come with a new concept dubbed Chapter Two.

At Hainan Story Chapter Two, you can enjoy an extensive menu featuring both Hainanese and local fare, as well as fresh bakes and pastries under one roof. They have added two new brands into their lineup: 218 Hainanese Lor Mee and Ah Mai Kum Hainanese Chicken Rice Porridge.

The 218 Hainanese Lor Mee is a new rendition by Hainan Story Chapter Two of the much-loved local dish. Made using chicken broth and paired with peanuts for crunch, the Hainanese lor mee gravy is thick and flavourful, with a good ratio of ingredients. If you enjoy braised duck, you must try the authentic Jiaji White Braised Duck Hainanese Lor Mee ($16.80). One of the four well-known meals from Jiaji Town on the island of Hainan is the Jiaji White Braised duck, renowned for its flavorful and incredibly soft duck meat. The Ultimate Black Pork Cutlet Hainanese Lor Mee ($14.80) is equally satisfying as the pork fillet is breaded and deep-fried to crunchy perfection. 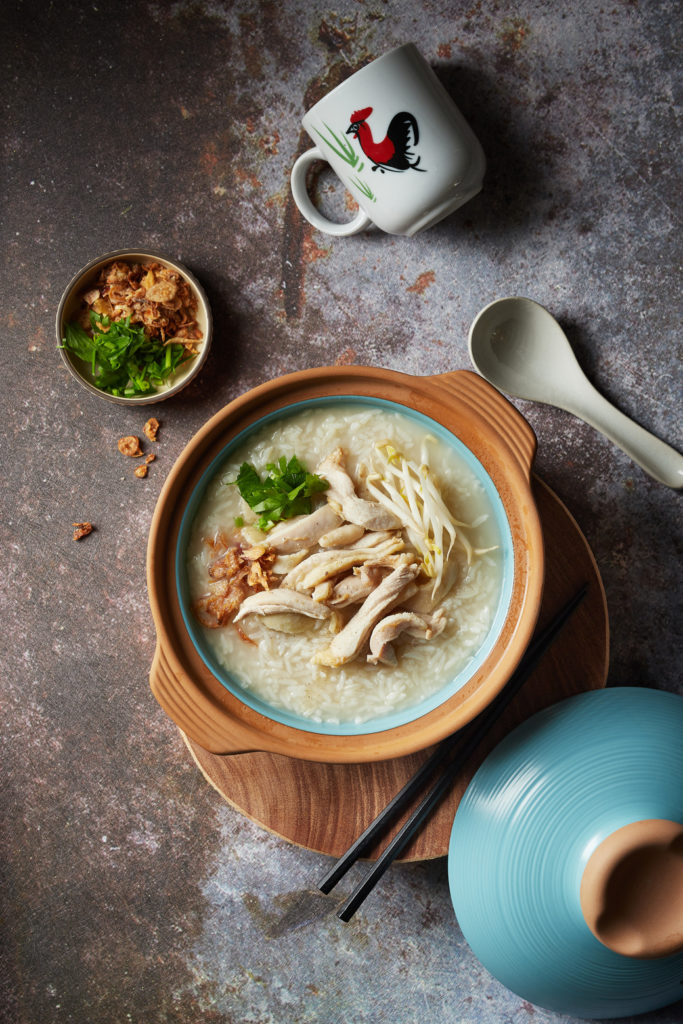 Hainanese chicken rice needs no introduction as a delicious staple that can be eaten any time of the day. Ah Mai Kum Hainanese Chicken Rice Porridge ($11.80) is a comforting rendition of the classic dish made with fragrant rice and chicken broth, this dish is perfect for those who want something light but hearty.

Fans of British Hainanese Style dishes, you’re in for a treat too!

Uncle Robert – not a real person – a familiar fixture at the Hainan Story at Hillion Mall, is also serving up delicious western dishes at the latest outlet in Jewel Changi Airport.

Pot pies may seem like an English dish but are prepared differently than what you’ve ever had before! With an extensive menu full of creative options like this one dish – we can’t wait for you to try it! These pot pies are available in three flavours – Signature Hainanese Curry Chicken Pot Pie ($13.80), Cheesy Chicken Pot Pie ($13.80), and Traditional Oxtail Pot Pie ($17.80). With three flavours to choose from, there’s something for everyone.

Craving for chicken that’s crispy on the outside and tender at every bite? Look no further than Chapter 2 1980’s Hainanese Chicken Cutlet coat with Potato Chips Crumbs ($18.80), which is made with a boneless chicken leg marinated in Cajun spices, coated with potato chips crumbs and then fried to golden perfection and served with Hainanese BBQ sauce, coleslaw and French fries.

For something with more zing, try the Ice Plant Summer Fruit Rojak with Crispy Codfish ($16.80), an exclusive item in Chapter Two. 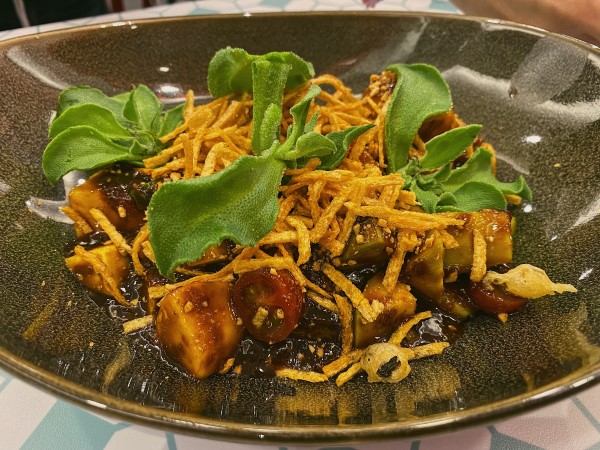 Instead of the usual greens, The Hainan Story uses the ice plant to add a unique crunch to the dish. Combined with fresh fruits and crispy codfish, this is a must-try!

The best of its signature Hainanese bakes and cakes now get a dedicated space to themselves in The Hainan Story Chapter Two. 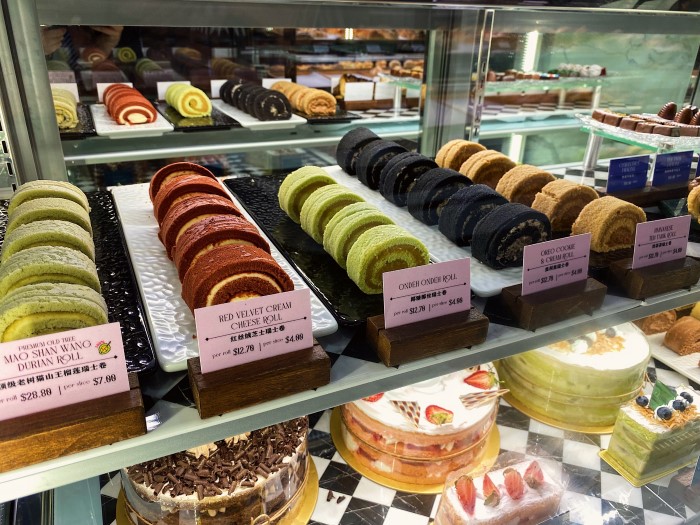 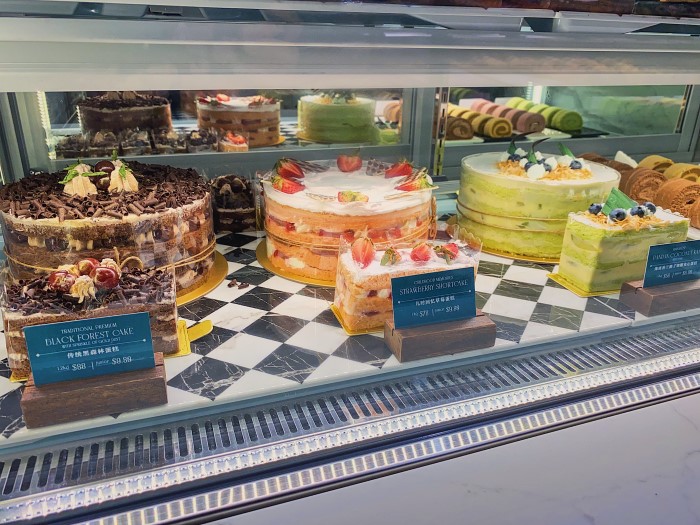 Expect to see all-time favourites such as the Swiss rolls, classic buns, kueh, sourdough bombs, sourdough pizza and more. The new Chapter Two outlet also offers a wider range of bread, pastries and traditional cakes not found at other outlets.

New on the menu is a series of Cream Horns, made of flaky puff pastry in the shape of a horn, filled with flavoured cream. It comes in six different flavours inspired by popular local beverages as well as kids-friendly options: Cream Custard ($3.20), Pandan Coconut Cream ($4.80), Teh Tarik Cream ($4.80), Kopi Gao ($4.80), Azuki Red Bean Cream ($4.80), and Chocolate Nutella Cream ($4.80). (Psst…We’re still waiting for one that is filled with durian mousse!)

New on the menu are the Traditional Cakes – old-school cakes of simple sponge, icing and a variety of toppings that will bring you right back to your childhood. 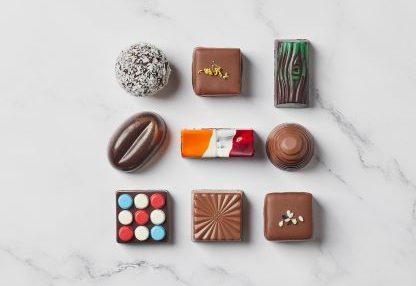 So if you’re looking for a good meal before your flight, or just want to explore some new dishes, head on down to Chapter Two at Jewel Changi Airport!

Operating hours: 8am to 10pm, Daily

Previous article5 Pet-friendly Restaurants & Cafés with a Lush View
Next articleTravelling to Queensland? Here’s What You Need to Know About the Travel Entry Requirement