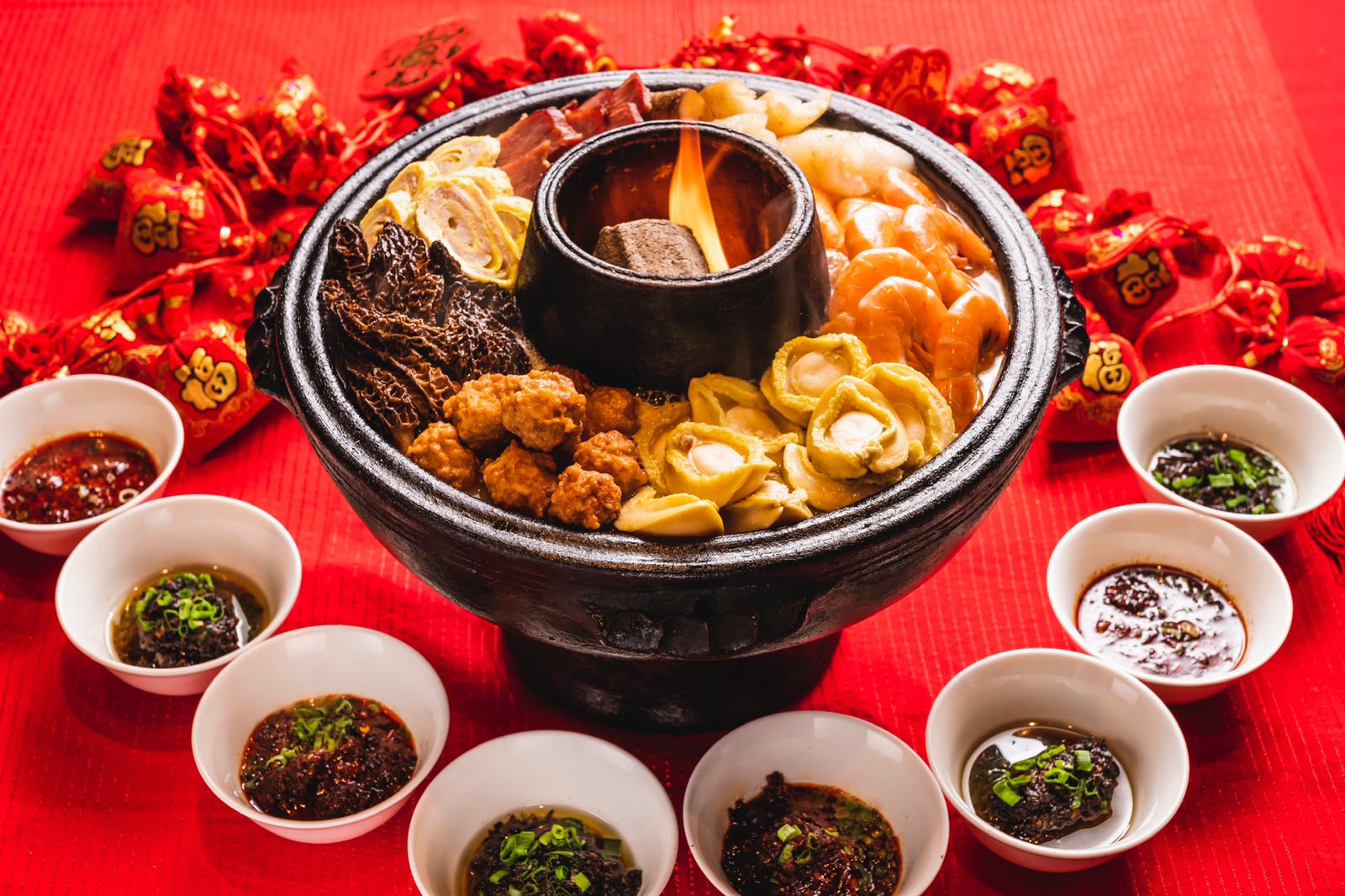 Study the Chinese New Year menus carefully at YUN NANS, the flagship restaurant of Yun Hai Yao hailing from China, you’ll find auspiciously named dishes and exotic ingredients to taste. This is the restaurant that has been winning over the hearts of local gourmand with its repertoire of highlands cuisine. This is not your typical Chinese restaurant that serves the classic Chinese New Year Treasure Pot (Pen Cai). There are only so many ways to describe Pen Cai, am I wrong? But I knew I was in for a surprise at YUN NANS.

A steamy hotpot with a tube right in the middle arrived on my table. The broth and ingredients create a distinctive contrast to the black earthen pot — this is Yunnans Prosperity Treasure Hot Pot, served with a bit of flame in the tube. A delicate pot of Yunnan wheat pumpkin, pig skin, prawn, sea cucumber, abalone and morchella — in a meat-based broth. From the pot used to the ingredients, they are specially imported from Yunnan.

This is one of the best dishes I’ve eaten at the beginning of the new year. Pen Cai symbolises prosperity and abundance — and this rendition by YUN NANS befit it.

The essence of Pen Cai is how the ingredients complement each other. Synergistic it is. If you’re looking for something to please your mother-in-law, I think this should be it.

When one is eating the morchella, you taste not just only the morchella but it absorbs the flavours of all the other ingredients as it cooks, literally packing it with flavours of the broth. Morchella is also known as the Queen of edible fungi, native to the highlands which makes it a rare treat.

The surprise doesn’t end here. Try dipping the ingredients in either one of YUN NAN’s homemade sauces: wild mushroom or smoke chilli. You’ll find yourself asking “Are these available for sale?”

Wait – that’s not the only highlight of YUN NANS’ Chinese New Year feast. A server, dressed in a light grey shirt glides to my table with an aromatic dish — it is Stewed Chicken infused with Lemongrass. As a Singaporean, I’ve eaten plenty of chicken dishes (Chicken rice) so I have a certain level of expectation. After taking a bite, I felt joy – the meat was tender and flavourful. According to the chef, the chicken is prepared and braised using a blend of Yunnan spices, and then submerged in cold water to ensure tenderness. Your inner chicken rice critic will be silenced.

Much of the pleasure of eating is all in the gestalt of the moment. I was told this is a celebratory dish for the people of Yunnan. The Yunnan Cross-bridge Pork Ribs, is actually stir-fry sliced pork with Sichuan peppercorn and different types of Yunnan mushrooms such as porcini. The ‘bridge’ is the rack of pork ribs with the meat removed, sliced, stir-fry then served. It is exquisitely prepared and delicious. At YUN NANS, one is essentially tasting its ethnic diversity and discover that its culinary style is an amalgam of cuisines from its neighbours: Sichuan province and Tibet to the north.

Yunnanese cuisine is the most ingredient-driven of Chinese cuisines. At YUN NANS, they strived to create dishes found in Yunnan, but at the same time, they were also inspired by Singapore’s food scene. Satisfyingly unusual but not as transcendent as one would hope.

The Golden Poached Rice with Seafood in Prawn Broth is delightfully reminiscent of risotto. Poached rice, along with fresh seafood such as clams and prawns, are cooked with YUN NANS’s signature prawn broth. The dish is then topped with crispy rice pops. One might remark that it is not an authentic Yunnanese dish. Well, it’s not, but it tastes good.

Asian Paradise: Where to Spend Valentine’s Day with Bae

They say every day should be Valentine’s Day. While we agree with that, 14 February should still be a day reserved for a spectacle. Asia...
Read more
Lifestyle

Japan constantly reigns as one of the top travel destinations amongst people, and surely amongst Singaporeans. Ask anyone where they are planning for a...
Read more
Eat & Drink

Japan’s culinary scene is well-documented – from ramen to sushi, you could say it’s one of the world’s top export of food culture –...
Read more
Lifestyle

10 Best Snacks to Buy for the Office from Thailand

Your office mates bid you adieu (albeit jealously) as you prepare for your long weekend trip to Bangkok. You’ve earned your nice reprieve from...
Read more 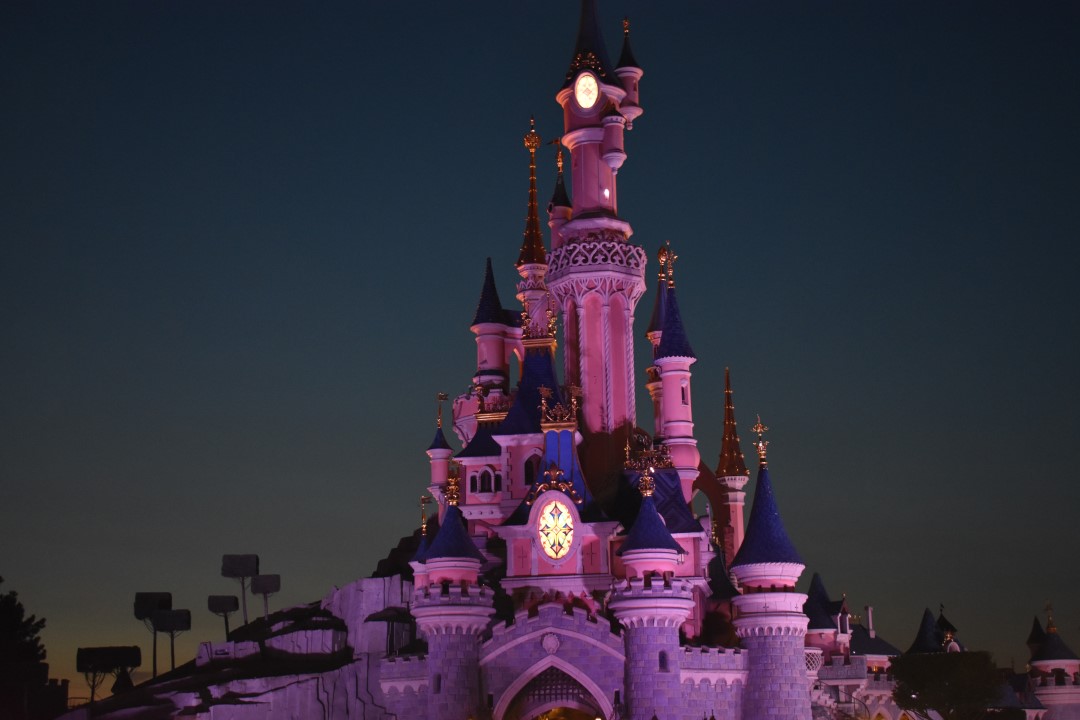 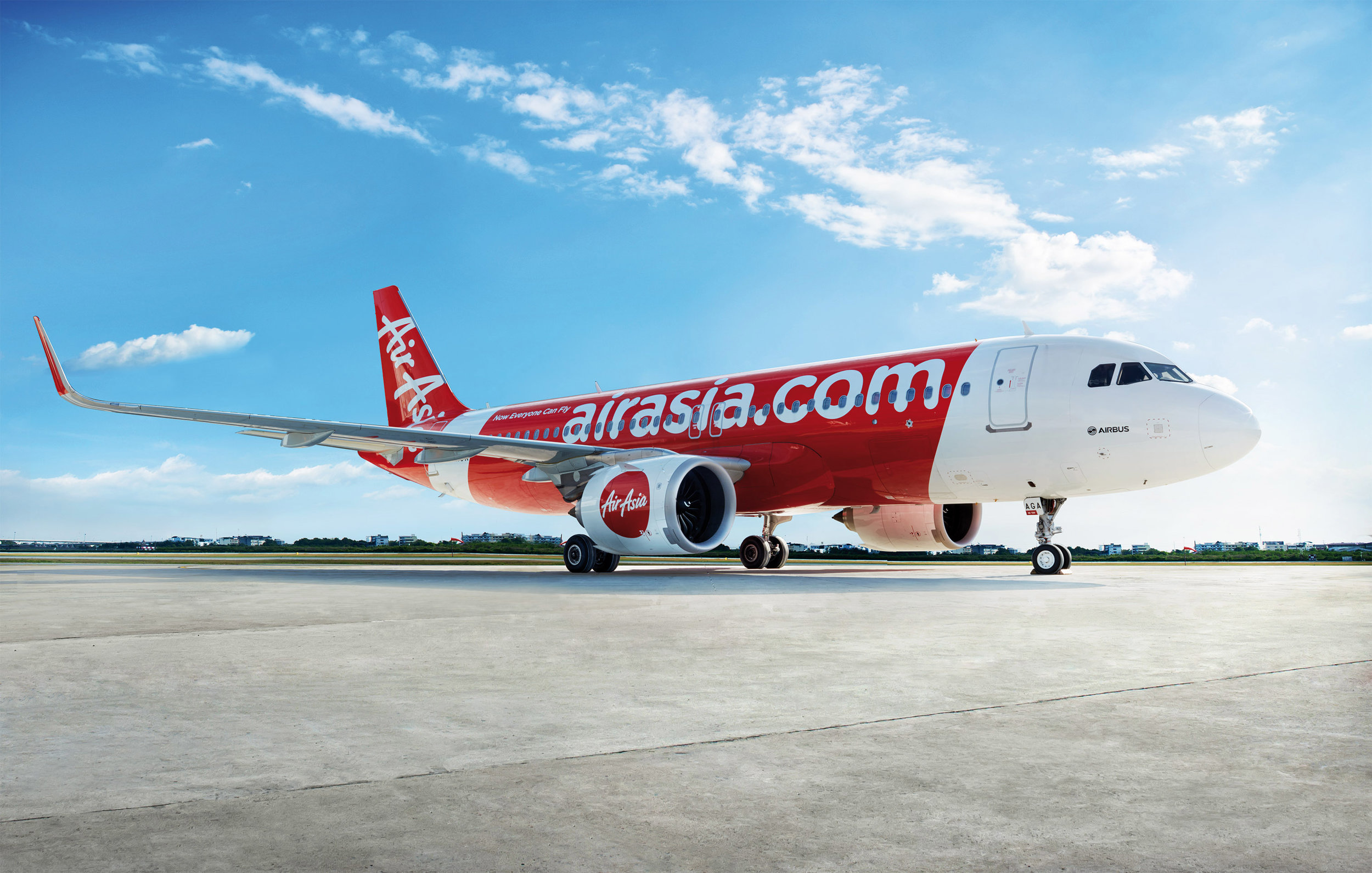