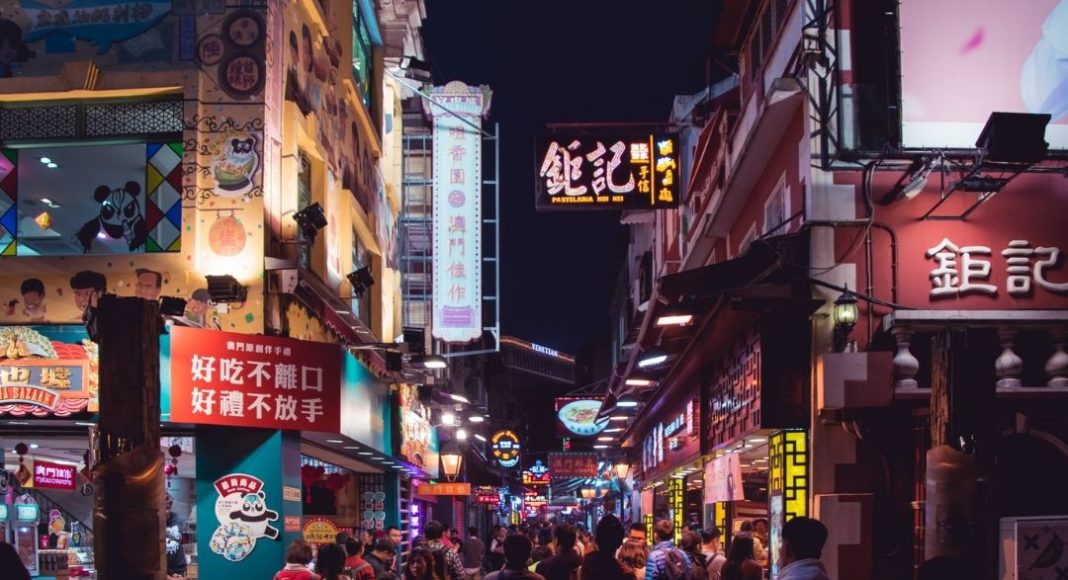 7 Macau Famous Foods (And Where to Try Them)

But Macau – the most crowded place on the planet – offers much more than just gambling. The city ranks among the world’s top tourist destinations, and in 2017 was the ninth-highest recipient of tourism revenue.

Its history as a Portuguese colony from 1557 to 1999 plays no small part in it’s popularity. Unlike other colonies, Macau saw relatively amicable relations between the Chinese and the Portuguese, the long, peaceful co-existence allowing best of both cultures to play integral roles in shaping modern Macanese culture – in terms of food, architecture, and way of life.

To experience this unique fusion, look no further than Macanese cuisine – an intriguing blend of Southern Chinese and Portuguese cooking techniques and ingredients. The next time you’re in Macau for a run at the casinos, or simply taking a day trip from Hong Kong, don’t miss these 7 Macau famous foods.

Ask anyone who has been to Macau, any publication or blog that has researched on Macau, and I’d think they agree with me when I say you can’t have a conversation on food in Macau without mentioning Portuguese egg tarts.

The origin of the Portuguese egg tarts you can find Macau, in a mind-blowing plot twist, does not come from Portugal, well not exactly. It was British pharmacist-turned baker Andrew Stow who had first tasted Pastel de Nata (or Portuguese egg tarts) in Portugal who brought the recipe over and attempted to make a “Macau” version back in 1989.

That explains why Macau’s egg tarts resemble so closely the Pastel de Nata, and gosh are they gorgeous and delicious. I mean, just look at it — that buttery and flakey crust encasing a soft and sweet egg custard finished with an almost crème brulée top, oh one is always never enough.

Where to go for Portuguese Egg Tarts

There are innumerable places that sells Portuguese egg tarts in Macau but Lord Stow’s Bakery would come out on top when it comes to one of the best the island has to offer.

Located in Coloane Village, Lord Stow’s Bakery, if you haven’t guessed already, was started by none other than Andrew Stow. The oldest and original Macau egg tarts, many consider this bakery to be the best one on the island.

With over 13,000 egg tarts churned out every day, you’re almost guaranteed to get a batch still warm from the oven.

Continuing with sweet treats, almond cookies have since become the go-to Macau food souvenir to bring home for travellers. Macau’s almond cookies are tender and crumbly, almost melt-in-your-mouth smooth with an interspersing of small crunchy bits of almond.

The cookies are sweet with a tinge of savouriness coming from the mung bean flour that is mixed in with the almond. Get a box (or two) because once you pop one into your mouth, you’ll keep going back for more.

Kok Kei Bakery started from a small humble cart selling peanut candy and ginger candy. It is said that their innovation of almond cookies and egg rolls were per the requests of many of their customers.

Establishing their own brick and mortar store in 1997, Kok Kei Bakery today runs a successful shop in The Venetian Macao, boasting over 300 different types of products. How far they’ve they’ve climbed since their push cart days.

Originating from the Bifana in the Porto region of Portugal, Macau’s pork chop buns feature a thick slab of pork instead of the pork slices usually seen in the Portuguese original.

A deceptively simple dish of seasoned pork chop sandwiched between toasted buns, there are two components have to be nailed down to make a pork chop bun a great one.

First, would be toasted buns with an outer layer of crisp and a soft pillowy inside. Secondly, a well-marinated pork chop that is crispy, tender, and juicy.

Tick all the right boxes, and you have one banging sandwich.

Where to go for Pork Chop Buns

The most popular Pork Chop Bun stall would have to be the old Tai Lei Loi Kei in Taipa Village, Macau, operating for close to 60 years now. However, we’d like to bring your attention to Sei Kee Cafe nestled in Rua da Palha.

Made fresh upon release, each Pork Chop Bun is toasted to perfection and piping hot. The pork chop is succulent and tender, hitting all the right notes. Their own bottle of coffee and tea is said to pair perfectly with the pork chop buns as well.

Some argue that it surpasses the more popular Tai Lei Loi Kei, whose buns can get quite dry. Since you’re there, why not give both a try and let us know which you prefer!

Monday, Wednesday to Saturday 11 AM to 7 PM

Closed on Tuesday and Sunday

Trust me, I did a double take when I first heard about African chicken in Macau. It’s easy to accept Portuguese influence in Macau with it being a past colony, but the connection to Africa is bizarre at best. Wait till you find out that African chicken isn’t just another iconic dish of Macau, it is the national dish of Macau.

There are numerous origin stories, but one narrative that appears to be rooted in history follows the officers and men that were stationed at the Portuguese garrison in Macau. They were mostly from the African territories of Mozambique and Angola, and when the garrison was decommissioned, these soldiers retired and opened cafes and restaurants, serving up food that they grew to like throughout their service.

Folklore has added to the mystique of the African chicken, slowly cementing it as the national dish of Macau as the years go by.

Where to go for African Chicken

Essentially a Macanese take on curry chicken, African Chicken is slathered with a thick sauce made of peanut, tomato, and chilli sauce with the occasional dash of paprika. Served with bread or potatoes, this is comfort food which will induce the heaviest of food comas.

Restaurante Litoral serves up one of the best versions of African chicken. A former Portuguese outpost in the old town of Rua do Almirante Sergio, you can get a waft of the spices of the chicken even before you enter the restaurant.

One of the most beloved dishes amongst the Macanese locals, Minchi is comfort street food at its best.

Believed to have originated from the English word “minced”, Minchi is a Macanese dish made up of seasoned ground beef and pork, served with potatoes and topped with a sunny side up egg.

Where to go for Minchi

There are tons of local establishments with long histories that serve up Minchi but the contemporary and hip Cafe SAB 8 near the beautiful area of Rua da Nossa Sra. do Amparo is taking the classic dish and elevating it with modern twists.

We hear it’s sublime and it’s great that places are trying to innovate signature and classic dishes (within reason of course).

Yet another famous dish amongst locals and tourists, crab porridge is one that tourists will make a concerted effort to try when visiting Macau.

For one, crab is not an ingredient you would associate with a humble and wholesome bowl of porridge. Congee, for many Asian countries, is a simple , fuss-free, comforting bowl of thick rice porridge. Using crab as the star of the dish takes congee into a realm that is rarely seen for many.

Where to go for Crab Porridge

From what we’ve seen, it appears to be a crime if you’re in Macau and not try the Crab Porridge from Seng Cheong Crab Porridge.

Located in the famous Taipa Village, dining at Seng Cheong is a natural course of development. There is a perpetual crowd at Seng Cheong so you’ll have to plan your day well if you want to skip the queues!

Cooked with three different types of crab, what results is a smooth and natural sweet porridge. The best thing? Seng Cheong does not skimp on the crab, so you know you’re getting your money’s worth.

Though some have found the porridge to be lacking in flavour, it nonetheless remains atop many travel guidebooks and listicles for food in Macau.

What better way to end off a food list than with dessert?

Serradura is yet another dish that has its roots in Portuguese culture. Translated as “sawdust”, Serradura is not the most pleasant sounding dessert, but don’t let it detract you from its taste.

It got its name from the tea biscuits that are crushed super fine to resemble sawdust. Layered with cream, condensed milk, and vanilla, it’s a must-have for all the sweet-toothed out there.

Where to go for Serradura

Gelatina Mok Yi Kei is a historic brand in Macau, operating for over 80 years, so you’ll be assured that their recipe of Serradura has been well-refined over the years.

They even do an ice cream version so you can give that a try for a totally different texture and experience. We hear that their durian ice cream comes highly recommended as well!

No. 9A Rua do Cunha, Taipa Village, Macau

A holiday trip to Japan is principally about tasting the local food, as it is about local sights and culture. And with the September...
Read more
Eat & Drink

One of the arts of travel is buying wisely while on the trail and one of the classic tokens that I like to bring...
Read more
Eat & Drink

Foodies who reside in the west region of Singapore, you can now enjoy one of the best Wanton Mee in Singapore — Koung's Wanton...
Read more