I Spent $40 and Got A Healthier Scalp in Just 2.5hours 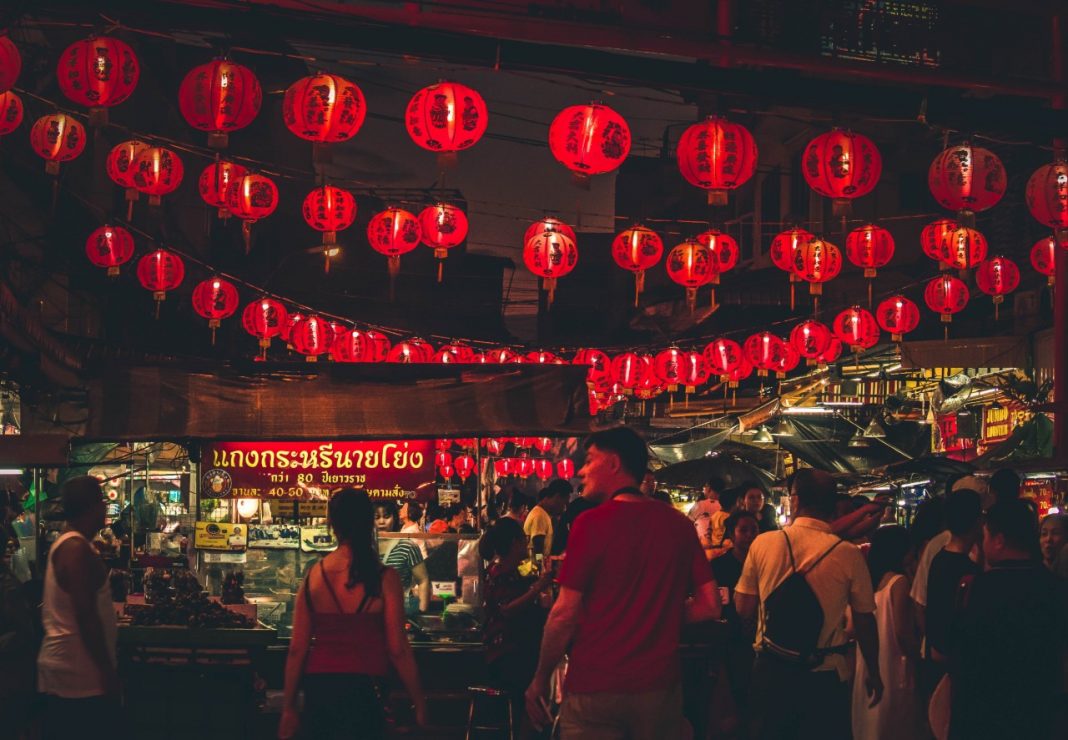 Thai street food is an essential part of the Bangkok experience, and there can really be no reason that you leave the Thai capital without having a taste of their culinary prowess. It’s a gastronomic haven that even CNN has continuously ranked Bangkok number one on its list of best street food in the world.

With that said, there is so much good food all around that it can get overwhelming, making it incredibly difficult to choose what to eat. If you’ve only got limited time and stomach space, here are 5 places to start with for your beginner entry into the diverse food culture of Bangkok.

For many, when it comes to street food in Bangkok, Chinatown, specifically Yaowarat Road, reigns above all. Bangkok’s Chinatown is said to be the largest in the entire world and the main artery that is Yaowarat Road was built back in 1891.

While bustling throughout the day, it’s the setting sun that would indicate the prime time to visit Yaowarat. Go slightly earlier in the evening and you would see street food owners slowly prepping their stalls for what is sure to be a busy night. Competition is stiff along Yaowarat Road, and truly only the best have remained since the beginning so you can be assured the stalls along Yaowarat to be top notch.

Must-try stalls include the ever-popular Fikeaw Yaowarat, a seafood stall that seems to draw in a large number of the crowd every night, and Chek Pui Restaurant which always seem to have a perpetual queue serving up curry rice. If you’re just looking for some finger food to snack on, Delicious Bread Yaowarat comes highly recommended, doling out toasted buns filled with jam. All that said, with many popular stalls along Yaowarat Road, be prepared to queue.

For the iconic sit-on-wobbly-chairs street food experience, Sukhumvit Soi 38 used to be the place to go. Unfortunately, with the construction of a new residential condominium along Sukhumvit Soi 38, the government has forced many of the popular stall owners along the street to relocate, leaving Soi 38 a shell of its former self.

However, thankfully, not all is lost. While most of the stalls have indeed relocated, there are still a couple of stalls that still operate along Soi 38. There’s still a small market and selected stalls where you still get your hands on signature Thai food such as Pad Thai, mango sticky rice, and papaya salad. Munching here will leave you imagining what a vibrant street this was like for foodies in the past.

Now, there used to a red minivan at the end of Soi 38 selling delectable burgers called Daniel Thaiger. It may seem incredibly puzzling to bring up burgers, a distinctly western food, when we’re discussing Thai street food, but this place is truly no slouch. Hailed as one of the best burgers in all of Bangkok, Daniel Thaiger was one of the pioneers of gourmet food trucks in the Thai Capital. Thick succulent pork or beef patties sandwiched between soft and toasted brioche buns, interspersed with bacon, grilled onions, tomatoes, lettuce, and their special Thaiger sauce, there’s never been more of a complete bite.

Relocating not far to Sukhumvit Soi 30/1, if you’ve the chance, don’t give Daniel Thaiger a miss.

Silom Road is part of the Central Business District in Bangkok, so the human traffic here can get quite intense. And naturally in Thailand, with more people comes more food stalls. The difference with Silom Soi 20 compared to the others is that its peak period is during 6 to 9 AM in the morning when the market comes alive.

When the fresh market opens, the road is closed to traffic and it’s the best time to traverse the street. Silom Soi 20 is perhaps the best representation of multiculturalism in Bangkok in terms of food. The area has a distinct Southern Indian influence and you can find a good mix of halal and non-halal food stalls with food from various ethnic backgrounds.

Both Thipsamai and Raan Jay Fai (below) aren’t entire stretches of food like the previous points, but they have garnered so much attention and enshrined themselves in the canon of Bangkok street food that you simply cannot leave them out.

Thipsamai is home to what many consider the best Pad Thai in Bangkok. Of course, there are die-hard fans of other establishments as well, but Thipsamai routinely comes up in conservations in not just Pad Thai, but street food as a whole.

Established in 1966, the historic Thipsamai is highly regarded even in international circles, being awarded with a Michelin Bib Gourmand in recent years. What all that means is you have to be ready to queue for a plate of piping hot “Superb Pad Thai” which features fresh prawns, crab meat, squid, and mango. Despite the crowds, however, you can be assured of receiving a plate of authentic Pad Thai that is true to the Thai experience. They are also equally famous for their orange juice which you will no doubt find on almost every table there.

If you want to understand what all the hype is surrounding this iconic Thai dish, Thipsamai would be an excellent place to go.

"JAY FAI" ⭐ 1 Michelin Star Swipe to see 🔜 @jayfaibangkok Known for the only street hawker awarded with 1 michelin star, and featured in Netflix's "Street Food" Raan Jay Fai run by 70 years old lady named "Sister Mole", she cooks all the meal here herself for the precise quality, luckily i have the chance to try this food, i book 2 month in advance, and my friends said he wanna book also but already full booked for the next 3 months! I mean thats CRAZY! Dont ever try go here by walk in 🤣 Takes like 2 hours for my food coming, here i try their signature "Crab Omelette" w/ generous crab meats fillings (known for the best crab omelette in the world) and i also try their "Drunken Noodle", they use really fresh and high quality ingredient here 👌👍 #jayfai #raanjayfai #bangkok #thailand #streetfood #hawker #crabmeat #omelette #crabomelette #drunkennoodles #1michelinstar #michelinstar #yesmichelinguide #michelin #michelinguide #bangkokculinary #bangkokfood #wheninbangkok

Raan Jay Fai shot up to fame when the small eatery was the only Thai hawker stall that garnered a full-fledged Michelin star. Since then, the hawker stall has seen an exponential increase in customers, with wait times purporting to reach 2-3 hours, which is insane for any eatery, much less a street food stall. Owner Jay Fai’s appearance on Netflix’s popular series Street Food (among others) surely doesn’t help with the crowd management.

Often times with Michelin-rated restaurants, much of the hoopla is drummed up because it bears the name of Michelin, leaving many disappointed when they try it for themselves. So, the important question is, are the queues worth it? Jay Fai’s Pad Krapow (Thai Basil Chicken) is constantly rated as one of the best in the city, and her crab omelette features chunky crab meat wrapped in a massive fried egg that we hear is to-die-for.

Whether you choose to visit Raan Jay Fai will hinge upon one simple (and the truly important) question: do you eat to live, or live to eat?

Travelling to Queensland? Here’s What You Need to Know About the Travel Entry Requirement

How to Visit Jeju Island from Singapore: Visa-free Travel Procedures

How To Get To Jeju from Seoul