Why Draconian Measures Are Required to Prevent A Public Health Crisis

It was quite a shocking piece of news when the number of the deaths in Spain and Italy surpassed that of China, the epicentre of Covid-19.

As of today, there are a total of five Western countries (U.S., Spain, Italy, Germany, and France) who have more total Covid-19 reported cases than China; the number of deaths in Italy alone tally more than 5 times that of China.

The United States of America’s inept ability to contain the magnitude of Covid-19 is dominating the news globally, and it hasn’t been a good look for President Donald Trump and the country’s healthcare system.

Singapore, known for its strict rules and regulations, called draconian by some, is now getting praised.

In recent weeks, Singapore has been lauded for its efforts for against Coronavirus.

From the World Health Organisation (WHO) to the Time Magazine, Singapore is often seen as the poster boy for containing the spread of Covid-19.

Even US Grammy Award Winning Singer Barbra Streisand has praised Singapore for what the country has done, alluding to the sparkling ratio of deaths to population.

Travel is essentially non-existent right now, social distancing is practically an absolute need, and entertainment venues have been shut down for the foreseeable future.

Let’s not forget about the Stay Home Notices (SHN) that seem stricter than some laws. It was merely a week ago that a Singapore citizen had his passport cancelled for breaching his SHN.

So, I can understand how severe this looks.

@moesingapore will work with schools to implement this, PM @leehsienloong said in a speech announcing new measures to curtail the spread of Covid-19. Are you a student or parent affected by the new measure? Let us know how in the comments section👇 Link in bio @straits_times 📸: Chong Jun Liang #homebasedlearning #coronavirus #covid19 #StraitsTimes #SGUnited

Additionally, with the latest measures in place, we’ll see school closures, workplace closures (for all non-essential workplaces), and while hawker centres and food places will remain open, only takeaway or delivery will be available.

In truth, the actions taken by the Singapore government have largely been calm and measured responses, analysing and taking small initiatives with regards to their plans in combating the virus.

I know of some who have wished for swifter and more drastic measures from the start, but I’m not exactly sure that would have been the best play.

While they are certainly coming from a good place, advocating such quick measures in an attempt to curb the spread of the virus, a lockdown also impacts the livelihoods of many Singaporeans, so decisions like these should never be a knee-jerk reaction.

What This Means For Singaporeans Moving Forward

These newest slates of measures will no doubt usher in a period that is extremely foreign for Singaporeans. For a majority of people who have only known work as the primary factor that drives their day to day, it’ll feel incredibly difficult and boring.

But it’ll be good for society at large I do believe. People will have no choice but to slow down their pace, and perhaps even think about what about life is meaningful for them.

A subtle “forced stay home” would also help immensely with the spread of the contagion, as we hope to see a gradual decrease in the number of cases, less clusters popping up, and flatten the curve as soon as possible.

These are uncharted waters that the country is moving towards folks, we should all do our part to sail through it smoothly.

In truth, our healthcare is the last line of defence.

We are the first.

Before the coronavirus era, I could at least have my tea break and work in the cafes and libraries. Even though many shops have...
Read more
Singapore

Can’t wait to get on a plane? How about taking a joyride from Mount Faber and enjoy dinner in the sky?https://www.instagram.com/p/CEIkD56DHtH/One Faber Group's premises...
Read more
Singapore

Discover and Book Things To Do, and Even Hail A Ride Near You At The Best Prices With Changi Go App

As Singapore gets moving again – cautiously with prevention measures in place, the beleaguered tourism and hospitality industry is seeing some light at the...
Read more 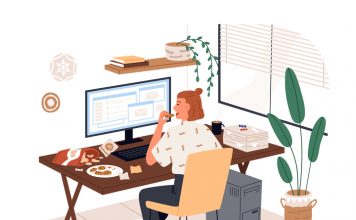