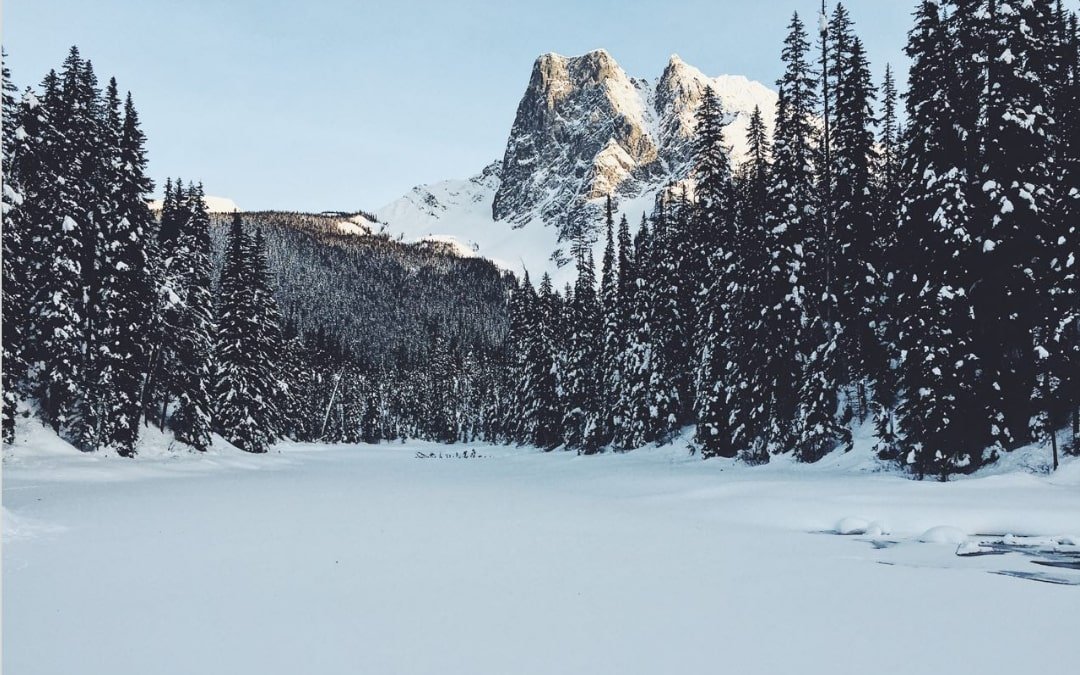 In Pursuit of the Northern Lights

The crackling campfire provided some much needed warmth as I sat listening to a Brazilian in his late 20s telling me how he brought his mother and little brother miles away from home for a holiday to Banff. He added he had switched majors and was still trying to figure life out.

Stars twinkled above as I muttered underneath my breath, “me too man, me too”.

One of the gifts of travel is an appreciation for the little things we take for granted at home – be it our convenient transport system or simply having a roof over our heads. It’s a bittersweet toll we pay for the privilege of going on adventures all over the world. Even the most carefree traveller brings home more than just cutsey souvenirs. Travel has a way of touching us more deeply than we expect.

Then there are travel experiences where sheer majestic beauty makes your jaw drop. These trips usually end up being the stories you tell to everyone you meet.

That was my experience when I spent a week traversing the Rockies to chasing the Northern Lights in Yellowknife.

It started off with signing up for a budget tour mainly for students which resulted in a bus ride from Vancouver up to Banff. I’m usually the introvert, so sticking me in a bus full of random strangers wasn’t exactly the best thing. Consolation prize: I did have a friend with me so it wasn’t all that bad.

Driving to the Rockies and Banff yourself is definitely viable and probably much cheaper, but since it was just the two of us and we had no clue how to drive up there, taking the tour seemed the wisest choice. With the luxury of hindsight now, it was probably one of the best decisions we made.

I’ve met and made so many friends from around the world on that trip. And I’m talking about people from France to South Korea, and even Brazil.

One of the hilarious things that happened was debating with my friend if two girls we saw were Singaporeans – one leh from them later and we knew. There was something comforting about knowing they were Singaporeans, a sense of solidarity somewhat, doubly so when you’re halfway across the world in sub-zero temperature.

The bus left Vancouver at 6am and I promptly dozed off. Sunlight forced my eyes open not too long later and I was met with a gigantic mountain range that stretched for miles. We were on an open road with snow covering every inch of the ground. It felt surreal, especially when the most “snow” you were used to getting is the scant coating at Snow City.

That kicked start the entire Banff experience for us. From soaking in an open air hot springs (the ends of your hair will freeze up, it’s so cool) to a night skiing session, the tour was action-packed.

Just a note, if you’re new to skiing, don’t overestimate yourself and attempt the big hill that everyone is zooming down on – especially at night. Oh, and that rope border by the side of the slope that separates you from a thick dense forest? Trust me, don’t go over that border – definitely not speaking from personal experience.

Okay, I may have crossed it once, or twice, maybe three times, but who’s counting? I tumbled so many times and so badly that I ended up skiing the remaining third down with no helmet and one ski stick. But hey, at least now I have a kickass story to tell you. What we should take away from this is not that I can’t ski for the life of me (which I can’t), but the experience I had.

The nights were great staying in cabins in the mountains which had a nightly campfire going on to combat the cold winter (it was -15 at the very least). Huddling up close to the fire with stars dotting the night sky and exchanging life stories with random strangers with a hot cup of cocoa in my hand was heartwarming.

Sharing a fire against the elements has a way of uniting you with your fellow humans. Somehow, in that moment, anyone or anything outside that small campfire didn’t matter.

One experience that will forever be etched in my mind and heart was ice skating on the frozen lake of Lake Louise. Nevermind the fact that it was so cold that the lake froze over thick enough to skate, the snow-capped mountains towering around you was a sight to behold in itself, as I glided (read: waddled) around the rink.

During my visit, Banff looked amazing. But I was told it looks even more gorgeous in the summer. So whether you prefer the challenge of winter, or the warmer embrace of summer, Banff makes for be an excellent travel destination.

The Rockies, too, were beautiful and and I dare say, one of nature’s best. But our time here was up it was time for a flight to Yellowknife from Vancouver.

Chasing the Northern Lights is surely on the bucket list for many folks out there. It definitely was on my mind when I found out Canada offered some of the best views of it. You’d just have to be willing to travel up north into much colder territory, but for a glimpse of that elusive Northern Lights, it’ll be worth it.

Now, there’s not that much to do at Yellowknife, and the harsh winter makes it an even less desirable travel destination. But the chance of catching a glimpse of the Northern Lights ensures a steady stream of tourists to Yellowknife.

Unless you are confident in driving on streets with barely any street lamps, have a really good GPS system or know the best spots, I would highly recommend to book a tour that will bring you to a “viewing village” to see the Northern Lights which comes with a hotel stay and other add-on packages.

Also, stay more than one night because you’ll never know if that single night you’re there, the lights will show. They don’t call it chasing for nothing eh?

Fair warning: book a hotel room for the night you’re flying in. You’re probably thinking like all my other friends did: “Chris why didn’t you book a room? Why Chris why?” Why, indeed.

In my defence, the extra night we had to book would have cost us a bomb. We were students on a budget-saving mindset and thought we could just camp in the airport till the morning and head off, saving a boatload of cash while we were at it. Little did we know, the airport at Yellowknife… closes shortly after midnight.

The hotel that we were booked for the next two nights did not even let us stay in the lobby, despite the -20 cold outside. What happened next was an unfortunate and cold lugging of our luggage from hotel to hotel. It wasn’t until we met a Filipino lady that was behind the desk counter of one of the hotels did we manage to catch a break, resting in the lobby till morning. Yay to that Asian solidarity!

Aside from that horrid beginning, our experience in Yellowknife was nothing short of amazing. Our first day proper saw us zipping around in a cart being pulled by dogs which was supposedly the way the indigenous people traversed through the lands back in the day.

These dogs are bred for racing competitions too, and the owners did look like they care genuinely for the dogs. Each owner had a group of dogs under them and it was cool to see them rattle off each and every name.

Then came the main event, upon reaching the village, I was led to one of the many teepees (a traditional cone-shaped tent made and used by the indigenous people) around the village.

It gets really cold in the heart of winter so you’ll definitely want to huddle up inside the teepees. I took a stroll around the grounds, seeing groups of people spotting their camera and preparing to capture that perfect shot. It wasn’t long before I could barely face the cold and hid in the teepee.

For awhile, there was nothing, just some small talks taking place in the teepee. But slowly I could hear low mumurings that were quietly breaking around and before I knew it, people were screaming and shouting.

Everyone rushed out of the teepee and I swear there was a brief 5 seconds where the world felt like it had paused. There was a faint curtain of pale green light that was flowing across the sky, transfixing all of us below.

Gasps of euphoria snapped me out of my reverie, causing me to whip out my phone to try to get some decent shots of the Northern Lights. Once I got that out of the way, I took one of the many camping chairs littered around, sat down and just looked up to the sky.

The Northern Lights stretching across the sky against the backdrop of what felt like a million stars will forever be an image I will never forget.

To end it all off, here’s a little introspection (ironic, I know). When you’re standing in the middle of a frozen lake surrounded by snow-capped mountains or taking in the vast expanse of the Aurora Borealis dancing in the night sky, these experiences, these moments can never really be expressed. I firmly believe certain experiences can never truly be relayed, and certain sceneries can never truly be captured. There are some things you just need to experience for yourself.

We can surely try, but no number of descriptive words or high resolution photos can encapsulate the awe and magnificence of natural beauty and phenomena. Even more indescribable is the feeling that I felt standing in the middle of it all, peering out at a world that encompasses a whole lot more than I could possibly ever imagine.

When you think of Okinawa, what comes to your head? To me, I’d thought of it as a resort haven for beach lovers who...
Read more
Travel Stories

Follow my blog with Bloglovin Did you know Wales has the coolest flag in the world? Spot the Red Dragon, one of the first mythical...
Read more