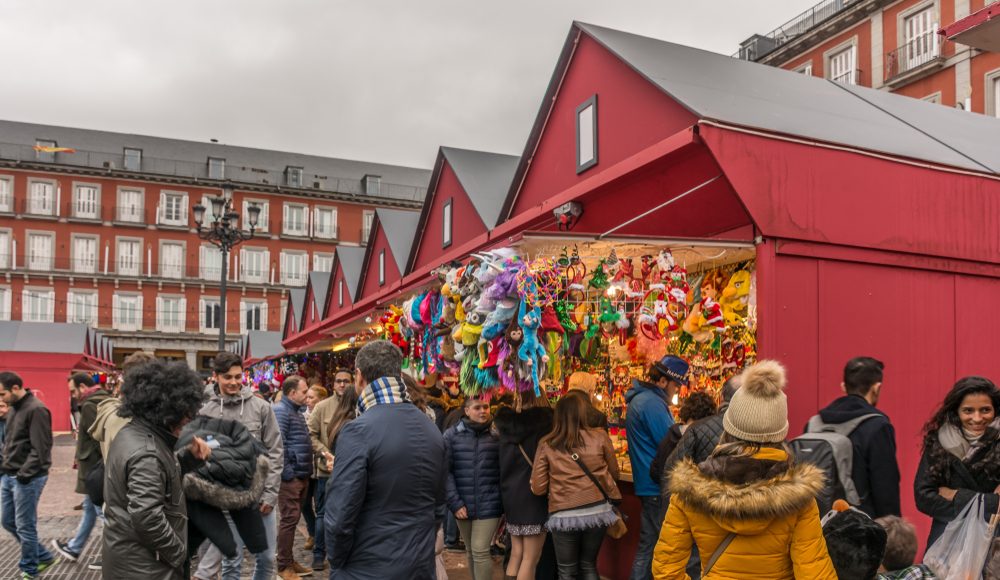 Ask any Spaniards if they believe in Santa Claus, they’ll probably be confused and amused. The Christmas holiday is widely celebrated all over the world but we don’t all do it the same way.

While children from other parts of the world wait eagerly for Santa Claus on Christmas Eve that falls on 24th of December; here in Spain, the gift-bringer is not one person but three. Instead of sending letters to Santa, children in Spain write to the Three Kings asking them to bring them presents on the 6th of January. This also means that exchanging of gifts doesn’t happen on Christmas Day in Spain, but twelve days later, on January 6th.

The Three Kings’ Day, also known as The Epiphany, is one of the most popular feast days in the Christian tradition in Spain, commemorating the visit of the three Magi to the baby Jesus and marking the end of the Christmas season.

Every city and town in Spain will stage a Three Kings’ parade (Dia de los Reyes) on the eve of January 5th, featuring hundreds of performers parading through town and tossing out handfuls of sweets to the children waiting in the streets.

Christmas, or Navidad in Spanish, is a religious tradition that is not as commercialised as with the case in other places like New York and London. The Christmas season in Spain officially kicks off on 8th December with a Roman Catholic celebration Día de la Inmaculada Concepción (The Day of the Immaculate Conception) where the local churches celebrate the conception of the Virgin Mary. Like the other Catholic nations, this day is also a national holiday in Spain.

So technically speaking, Christmas in Spain starts from 8th December and lasted till 6th January.

Christmas lights are usually lit in the main cities like Madrid, Barcelona and Valencia in the first week of December by which this time the shops are fully stocked with Christmas supplies. With street buskers singing Feliz Navidad and the smell of cookies and roast lamb wafting through the bustling Christmas markets, it is the most magical time of the year (especially when you’re travelling in Europe).

On Christmas Eve or Nochebuena, the Spaniards usually go to Midnight Mass known as La Misa Del Gallo (The Mass of the Rooster) to celebrate their faith and then have their Christmas dinner with their families and friends. On the actual Christmas day which is 25th December, it is usually quiet on the streets as the Spaniards would be spending time at home with their loved ones (or getting adequate rest from all the partying from the night before). It is also important to note that 26th December which is often associated with Boxing Day in the UK and US, is not an official public holiday in Spain.

If you’re dreaming of a white Christmas, then Spain is not the destination for you. But if you’re up for a Christmas Fiesta in Europe, then Spain will be a real treat!

Where to Spend A Memorable Christmas in Spain

Even though Spain is world-renowned for its award-winning beaches (more than 600 beaches have been awarded the Blue Flag status), that is not all it has to offer. Home to fascinating stories of Moorish kings and Roman conquest, Spain was the second most visited country in the world with a record of 82.8 million international visitors in 2018.

We begin with Seville as the Inmaculada Concepción which falls on the 8th December is a popular celebration in the city’s majestic cathedral, better known as Seville Cathedral, a Roman Catholic cathedral and a UNESCO World Heritage site.

I know many would flock to the royal place, Alcázar of Seville first, as it was one of the iconic filming locations for Game of Thrones. But it would be remiss of you to skip the world’s largest Gothic cathedral. With a view like that, you don’t need to say anything. No amount of words could ever be enough to describe this staggeringly beautiful place. For a richer experience, I highly recommend you sign up for a guided tour.

The atmosphere of Christmas truly comes alive in the evening when streets are beautifully illuminated and decorated with nativity scenes (also known as Belén). Spanish nativity scenes go all out, often depicting the entire town of Bethlehem.

Even without the snow and frost in Seville, with the temperature hovering between 10 and 12 degree Celsius, the traditional Christmas Market in Avenida de la Constitucion provides plenty of holiday cheer.

It is a must to visit Plaza Mayor when you’re in the Spanish capital, Madrid. Every December, Plaza Mayor transforms into a bustling Christmas market (Mercado de Navidad) with rows of festively designed stalls that sell homemade food to handmade crafts. Watch people swarm in and out of the plaza under the dazzling glow of the Christmas lights, there is nothing quite as merry and bright as a Christmas market.

Located in Southern Spain, Malaga is famous for its sun, sand and sea all year-round. Art enthusiasts would have known that Malaga is also the birthplace of Pablo Picasso, the most influential artist in the 20th century.

Blue sky in winter and warm sea breeze, no wonder this place is popular among the Londoners. Malaga also has one of the most stunning Christmas illuminations in Spain.

Head over to Malaga’s most enchanting street, Calle Larios which sees thousands of tourists and locals marvel at the impressive arch of shimmering stars. To elevate the experience, the illumination transforms into an interactive light and music show at certain time intervals (6.30pm, 8pm, and 9.30pm). It’s going to be a crowd-pleaser so please be there early if you want to get a good view!

The majority would be familiar with Spain’s iconic foods like Paella, Tortilla, Serrano Ham, Churros con Chocolate, just to name a few. But in Malaga, there is another whole new world of gastronomy. The cuisine of Malaga is varied and embodies lots of soups and fish dishes and you can find them at Atarazanas Market.

While you can certainly find countless festive markets big and small throughout the country, here in Barcelona, the Christmas markets are uniquely filled with Catalan Christmas customs.

In addition to spreading some holiday cheer, these markets are a great place to further get to know the Catalan and Spanish culture. Keep your eyes peeled for whimsical woodwork like Tió Gegant (literally translates into “poop log”). According to the Catalans, it is a log that allegedly poops out sweets on Christmas Day. Seriously? It is sort of a quirky conversation starter when you happen to meet a Catalan.

The most popular Christmas market is the one situated right next to La Sagrada Familia, the largest unfinished masterpiece, a monumental church by the late Catalan architect Antoni Gaudi.

Even though this building is anticipated to be completed by 2026, it is still worth paying a visit inside before then. The unmistakable vision of Gaudi will leave you speechless when you step foot in La Sagrada Familia and find yourself awash in a symphony of lights.

Get Lucky in Spain

When the Christmas season draws near, all the people of Spain look forward to playing the world’s largest lottery draw in December. The Spanish Christmas lottery is also known as the El Gordo (‘The Fat One’) in reference to the big prize. More than €2 billion are given out every year on the 22nd of December. So when you’re there, you may want to try your luck by getting a ticket at any of the official ‘Loteria Nacional’ office. 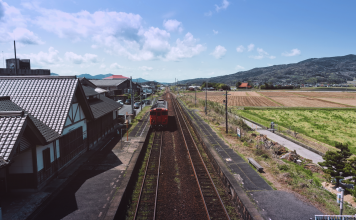