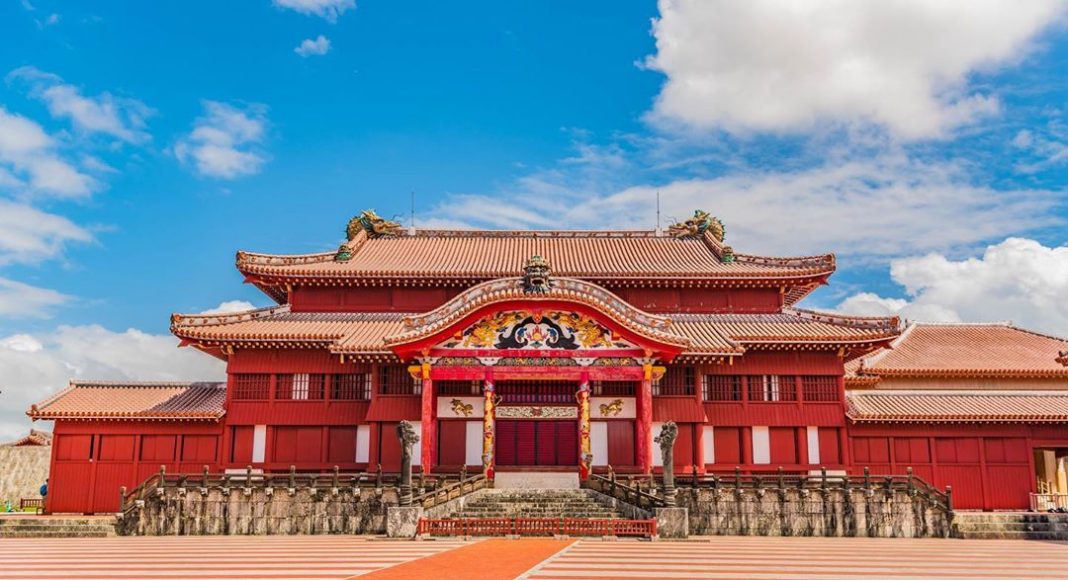 After the Fire – A Tribute to Shuri Castle

SHURI CASTLE – I remember my social media blowing up on 15 April 2019 when the Notre Dame Cathedral in the heart of Paris burst into flames, darkening the hearts of people worldwide, French or otherwise.

The amount of media attention cannot be overstated – as the world mourned for the destruction of one of the world’s most iconic religious architectures in history. Historic and significant to not only Parisians and the French, the Notre Dame Cathedral burning caused an ache not only for Christians and Catholics but also history, architectural and culture buffs.

On October 31, 2019, a mere six months after the Notre Dame burning, the Shuri Castle in Okinawa was burnt to the ground. Only this time, its comparative “airtime” on social and traditional media was markedly less. It was a mere flicker, mere embers relative to the conflagration of media coverage that surrounded the destruction of the Notre Dame Cathedral.

The loss of the Notre Dame Cathedral was felt beyond the French borders, but the flames of the Shuri Castle was largely contained within Japan and in the hearts of the Japanese. This attention disparity found amongst sites in the UNESCO World Heritage List is not a new phenomenon or discovery, and when considering the conditions to be listed, it’s not all that surprising that Europe totals the most number of sites compared to the rest of the world.

There are a lot of questions and debates that can and should be addressed – the relative weight of individual UNESCO heritage sites, the seemingly perceived higher significance of Western sites and historical architectures in the minds of people – but these are issues (with too many nuances) that far escape the scope and purpose of this piece.

Our choice of relaying the story of the Shuri Castle takes nothing away from the Notre Dame’s story, one that is far from being finished; the rich and deep history of such a cherished monument invariably means that its story and legacy will continue to live on.

The Heart of the Ryukyu Kingdom

Before it was the UNESCO World Heritage Site and tourist attraction today, the Shuri Castle was the seat of power for the 14th century Ryukyu Kingdom, serving as both the administrative centre and residence for the Sho Kings, rulers of the Ryukyu Kingdom.

The Sho Kings ruled over present Okinawa, which was then an independent kingdom lording over an archipelago of islands known as the Ryukyu Islands. Their rule lasted some 500 years before Okinawa became a prefecture of Japan. This oft-forgotten kingdom had no standing army and its survival was highly predicated on the kingdom’s adept ability to practice diplomacy and trade, one that saw trade routes developing all the way to Southeast Asia. Known to China as the “country of courtesy”, the Ryukyu Kingdom largely experienced peace, save for when Japan forcefully absorbed the Ryukyu Kingdom under their rule in 1609.

Even after the submission of the Ryukyu Kingdom, the Shuri Castle remained the defining symbol for Ryukyuans and Okinawa, one that before its October flaming demise, wore various hats, from a Japanese army base during World War II to the campus for Okinawa’s largest public university, and today, a historic landmark for tourists.

A Melding of Influences

It would seem at cursory glance that the Shuri Castle is just another ancient Japanese imperial architecture, indistinguishable from its peers that you can find littered throughout Japan. The Ryukyu Kingdom’s proximity and intricate trading relationship with China, however, meant that there was a constant exchange of goods, ideas, and technology with the Chinese.

This intermixing of culture is most readily seen in the façade of the Shuri Castle with its red, sloping tiled roof, and Chinese-influenced decorative features. This infusion of Japanese and Chinese architectural styles separates the Shuri Castle from the ones you can find on mainland Japan.

The Fire: A Pain Felt Countrywide

The fire of Notre Dame had an indelible profound impact on the world, prompting many heritage agencies to revise their fire prevention measures for the sites under their charge. In September, a month prior to the burning of the castle, Japan’s Cultural Affairs Agency outlined their measures, including relooking the placements of fire extinguishers in these sites.

Unfortunately, this did little to prevent the razing of the Shuri Castle, and its 420 pieces of precious artwork, into the ground. To be fair, this is not the first fire that has ravaged the castle. Even from the days of the ancient Ryukyu Kingdom, the Shuri Castle was the setting of many feudal succession disputes which saw the castle being battered and bruised over the years. It was even almost completely destroyed in the Second World War, and the latest iteration was the result of reconstructions in 1992.

Standing on top of a hill in the current Okinawan capital of Naha, the Shuri Castle overlooks the city, and for many locals, the castle is revered and occupies a god-like existence in their hearts. It was even designated as a stop along the Tokyo 2020 Olympic Torch Relay Route.

As the fire ravaged the Shuri Castle in the early hours of October 31, the people of Okinawa watched blankly on as their historic monument burned through the night. The fire came on the heels of preparatory work that was being done for a local festival that began on Sunday, though no direct connection was found.

While investigations into the outbreak of the fire have yet to turn up a distinct cause, Okinawan Mayor Mikiko Shiroma and various other organisations are doing everything they can to promote early restorations of the castle. Hopefully, these efforts will bear fruit in time for next year’s Olympic Relay.

For the people of Okinawa, they have lost their “symbol”, and as they pick themselves up from the fiery terror that has befallen the prefecture and country, it’s time to ponder on the historical and cultural significance of such UNESCO World Heritage Sites, and what they truly mean for us and the world.

Italy On Lockdown – In Pictures

Italy has been one of the hardest hit Covid-19 countries in the world.As of 23rd April 2020, the country has seen over 187,000 Coronavirus...
Read more
Travel Stories

The pictures we paint online are often the most ideal parts of our lives; what the world sees are the perfect moments we capture...
Read more
Travel Stories

Spontaneity is the best kind of adventure.Four years ago, after the third episode of Descendants of the Sun (DOTS in short), in my mind’s...
Read more