A Tale of Two Cities: Osaka and Kyoto 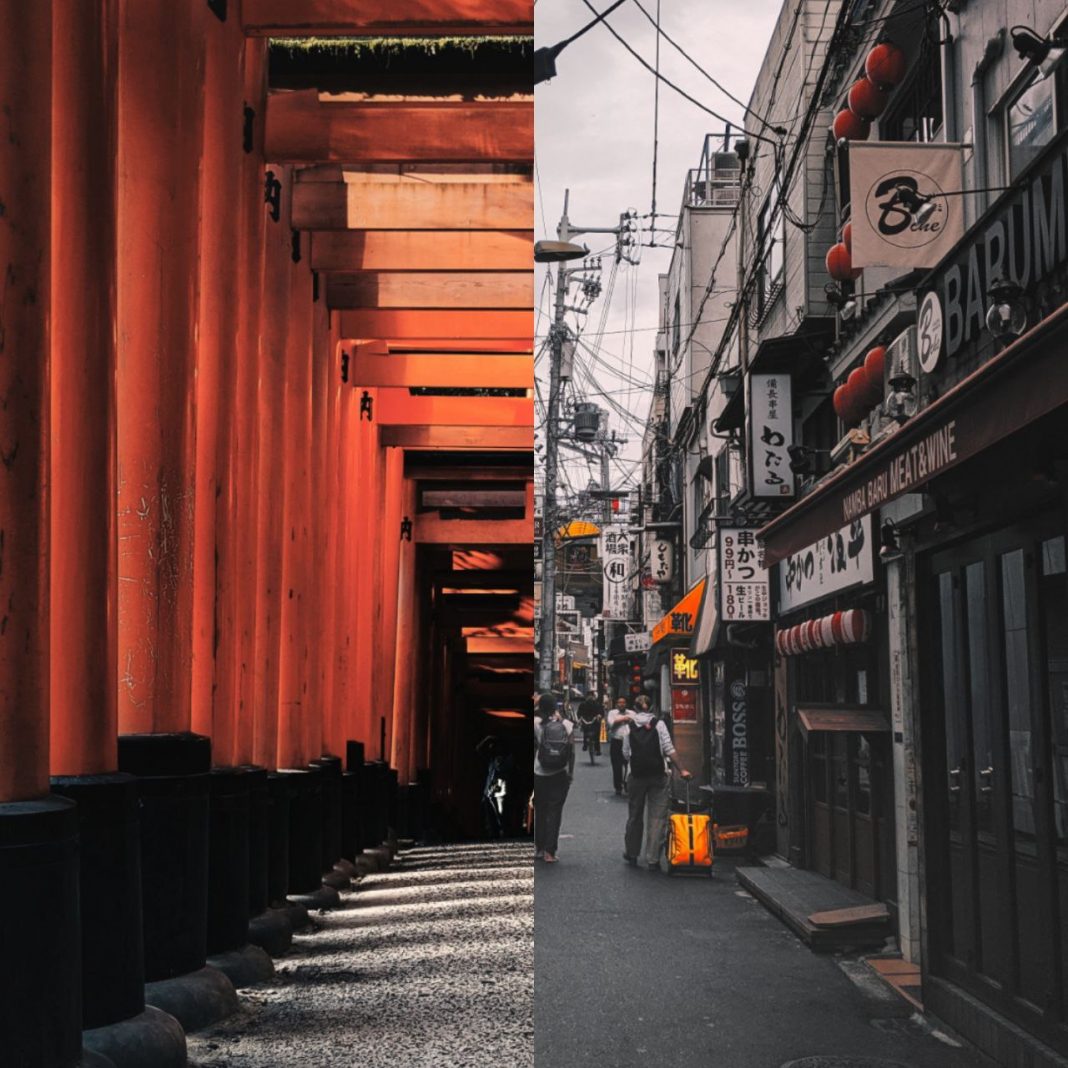 JAPAN – The Kansai region of Japan occupies what perhaps many regard as the most cultural area of the Honshu Island where two popular Japan travel destinations call home.

The cities of Osaka and Kyoto, however, cannot be any more different from each other. The former is often referred to as “Japan’s Kitchen”, a bustling and electrifying cityscape that hums quietly in the day and dazzles at night while the latter typifies a laid back, cultural epicentre that intrigues and enlightens the soul. A quick snapshot of each city paints a vastly different picture, evokes different emotions, and weaves varying complex narratives.

My recent travels to the Kansai region had me journeying through these two behemoths of cities and I was floored by how much there was to learn, explore, and understand. My experience was at best, an entry-level cultural foray that could barely pass the definition of “experience”. It was by no means an in-depth insight into what makes each city tick, but even a surface glimpse at Osaka and Kyoto revealed much about the character of each place, its people, and culture.

A week-long adventure left my tummy happy, my wallet crying, and a thirst to know more. What I found was a tale of two cities.

The Pathways of Cities

There’s no better way to get a feel for a city by walking through its meandering streets, and traipsing through the pathways of Osaka and Kyoto left me with vivid memories from the crunch of the leaves beneath every step to the architectural marvels that framed my journey.

Wander through the historical and otherworldly vermillion Torii gates, paving your way up and through the sacred Mount Inari. Sure, there will be waves of people rushing to take photos but there will pockets of time where the crowds are gone, the silence becomes palpable, and in those moments, you get a taste of the true beauty and allure of Fushimi-Inari Taisha.

In Osaka, grey electric wires run overhead, powering the myriad streets filled with people shuttling to and fro. You get swept up easily in the frenetic pace, leaving you wondering how you got from point A to B before the time it takes for the green man to tick halfway.

Softly glowing lanterns frame the entrance of a Shinto shrine at the end of the famous Nishiki Market Shopping Arcade. The chitter chatter and bustle of the market gives way to a quiet, serene and otherworldly pocket of space and time. It’s as much a part of the market as it is an independent sanctuary.

On the other side, a neon sign buzzes overhead, electrifying what is possibly the busiest area in Osaka City come nightfall. It’s an enthralling experience where a cornucopia of senses will surely overwhelm you – the sights, sounds, and smells will be too much even for the most extroverted and outgoing.

The bustling area is also home to the famous Glico Sign, arguably the most iconic signature of Osaka City, and if you’re feeling a little woozy from all the bright neon lights, here’s where respite awaits. The riverbanks beneath the sign provide a (relatively) more quiet stretch than the main street. Plonk yourself down on one of the many benches to catch your breath and amuse yourselves watching throngs of people imitate the running Glico man.

You can spot the tiered pagoda of Kiyomizudera Temple far in the distance when you join the crowds in your obligatory cultural hike up to see one of Japan’s most celebrated temples.

Kiyomizudera occupies a sacred spot on the site of the Otawa Waterfall and has been around since the year 780. Forget its significance, just its long-standing history itself necessitates a trip to see this revered temple.

On the flip side in Osaka, the Tsutenkaku Tower is the nostalgic-evoking tower of Shinsekai (A New World) for many Japanese. The nostalgia is born out of what it once was, and what it could have been. A district that was up and coming before the war, its development left largely neglected in the following decades.

t’s a fascinating district of Osaka, one that seems to be stuck squarely in the developing stages of modernity, though that has a charm about it.

Osaka Has Its Charms… and Its Histories

Every so often, Osaka reminds you that it’s more than just Okonomiyaki and dazzling bright lights. Nothing short of a fortress, the Osaka Castle stands proudly, a renovated remnant of the time of famed shogun Toyotomi Hideyoshi.

The architecture is beautiful and from the ground up, the castle looks unshakeable, a stalwart of the city that harkens back to Japan’s samurai warring era, a cultural symbol that can lay claim to one of Japan’s defining characteristic.

The nation’s kitchen, as many refer to it, Osaka charges alongside Tokyo presenting a new face of Japan, with enough small pockets of history that reminds you of its origins.

… While Kyoto is Unabashedly Historical

Stroll along the banks of the Kamo River in downtown Kyoto and you’ll be sure to come across people having a picnic by the river, an iconic image that has endured through the years, becoming somewhat of a tradition for the people of Kyoto.

Staying unabashedly historical, Kyoto reminds us of the beauty of old-world Japan.

All photos by Christopher Lee.