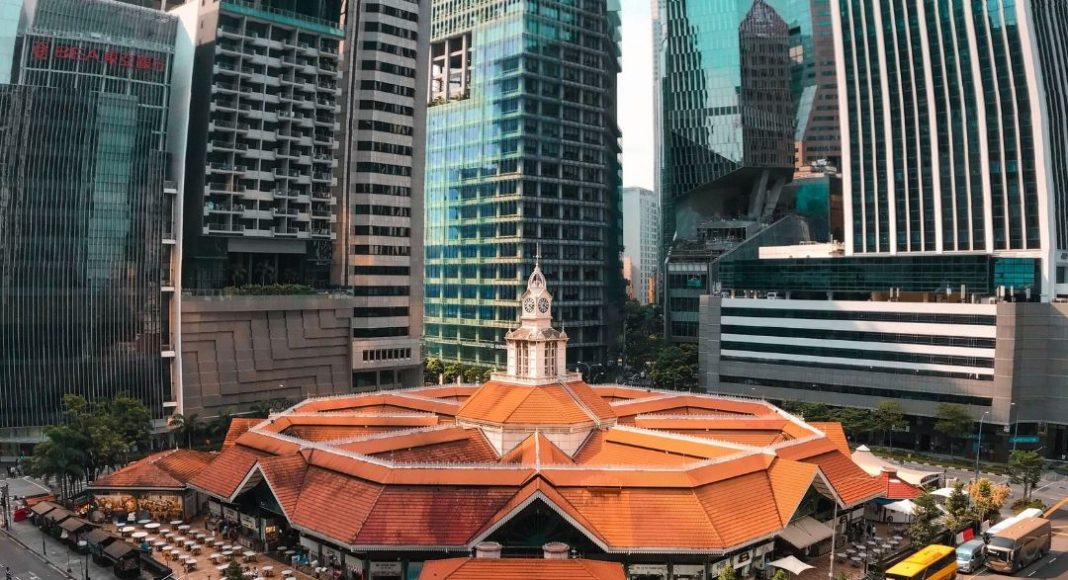 Telok Ayer is a unique enclave in Singapore’s Central Business District (CBD), with a rich history spanning back to the days of Sir Stamford Raffles.

Today, it is a buzzing street teeming with office spaces and gym centres for the white collars. However, there’s too much history in Telok Ayer to be whittled down to pigeon holes and workouts. There’s a lot to unearth in along Telok Ayer street so here’s the Discoverist Guide to exploring Telok Ayer.

This boutique hotel draws inspiration from, and acts as a tribute to the Amoys, a group of seafaring traders from Zhengzhou, China. Nestled above the historic Fuk Tak Chi temple and museum, AMOY by Far East Hospitality finds their story rooted in history, brought alive by the shophouses and motifs of yesteryear.

Another great option in the area is 18 by 3 a designer bespoke cabin hostel that does not feel or look like a typical hostel. By taking a conserved shophouse as its facade and structure, 18 by 3 hopes to preserve and showcase the heritage of Telok Ayer through French architectural windows and Chinese motifs. Make no mistake though, its interior is as modern as you can expect, creating an interesting blend of modernity and tradition.

They have three types of cabins (single, double, and loft) so you’ll be sure to find one that suits you best!

Right in the heart of the CBD is a rather inconspicuous white building with blue accents. I wouldn’t blame you if you walked right past it thinking it was just another private building owned by a Chinese clan that was passed down from generations before.

The Singapore Musical Box Museum, however, speaks to the history and influence of European settlers that came all those years ago. Behind the museum doors are filled with centuries-old enchanting musical trinkets that serve to tell the story of how the tradition of musical boxes came to Singapore.

Lose yourself in the storytelling of these antiques that were flown from the far reaches of Switzerland, Germany, and the United States of America – including one special musical box that was supposedly slated to be on the legendary Titanic.

Wednesday to Monday 10 AM to 6 PM (Closed on Tuesday)

The shrine was initially built back in the early 1800s by immigrants from South India for the Indian-Muslim community who travelled here. These Indian immigrants, who mostly traded in items such as betel and gold, needed a place of worship and anchor to settle themselves in a foreign land.

Today, the heritage centre has a 21st century modern multimedia gallery that highlights and celebrates the pioneers of the Indian-Muslim community in Singapore.

Right next to the Singapore Musical Box Museum is a religious temple that lays claim to being the oldest Hokkien temple in Singapore. Thian Hock Keng (天福宫, ‘Palace of Heavenly Happiness’) was once the central pillar of the Hokkien immigrant community in Singapore back in the 19th century when they sailed from Fujian, China.

Telok Ayer Street was actually right at the shoreline of the Telok Ayer Basin, facing the beach and the sea. Many Chinese immigrants who sailed in came to Thian Hock Keng to pay respects and give thanks to Mazu, the Goddess of the Sea, for their safe voyage.

Built in 1839 through the efforts of Tan Tock Seng and Thian Hock Keng, the temple was designed and constructed by Chinese craftsmen following the style of traditional Chinese temple architecture.

The Thian Hock Keng temple was, by and large, the centre of power not only for the Fujian immigrants, but the larger Chinese immigrant community for a great number of years.

The Fuk Tak Chi Museum sits quietly along the busy, bustling street of Telok Ayer, yet another mellow facade that wouldn’t make you stop to enter or even think twice.

If you somehow mistakenly stumble inside, you’ll find yourself standing in a well-preserved structure of a 19th century Chinese temple and shrine that was  restored and converted into a museum in 1998. It’s quiet and peaceful within, a marked change from the constant noise outside.

The Fuk Tak Chi shrine was originally built by the Hakka and Cantonese community in the 1820s, dedicated to the deity Tua Pek Kong and like Thian Hock Keng temple, allowed the immigrant Chinese community to give thanks for their safe voyages.

One of the most interesting things at the Fuk Tak Chi museum today is the highly-detailed model display that recreates the environment of 19th century Singapore.

Park Bench Deli serves up delectable gourmet sandwiches that puts many other similar establishments to shame. Brainchild of veterans in the food industry, Park Bench Deli has injected some buzz and excitement into the sandwich world that hardly stretches beyond Subway.

The eatery offers up classic flavours like PB&J to Grilled Cheese, and even Reuben sandwiches. If you are clueless on what to get from the menu, you won’t regret trying the Fried Chicken Deli. The sous-vide buttermilk fried chicken thigh is thick, crunchy, and juicy, sandwiched between two fluffy brioche buns.

Topped with garlic aioli and chipotle honey dressing, it has got to be one of the best, if not the best, fried chicken sandwich I have ever tasted.

Tucked within the courtyard of Thian Hock Keng temple is Chong Wen Ge Cafe, an homage to the rich Peranakan heritage in Singapore. Being housed beside a Peranakan tile gallery, the entire cafe is adorned with old-school furniture right down to the flooring which is filled with colourful and intricate Peranakan tiles.

Don’t expect to find your hipster eggs benedict or chai latte here, instead, the menu is filled with traditional Peranakan fare from Nyonya Laksa to Mee Siam, all of which are at affordably priced.

While the main dishes are all well and good, the highlights would be the featured assorted Nyonya Kuehs, which you can get for a set of 5 and pair it with a cuppa of local coffee and tea.

Chong Wen Ge’s insistence in not straying away from tradition and their Peranakan roots is admirable, especially in a historical district like Telok Ayer.

Opened in 1823, the original Telok Ayer Market was a timbre and attap structure which underwent multiple restorations and renovations, even being designated as a national monument of Singapore back in 1973.

Today, you can find all kinds of signature local dishes like chicken rice, chilli crab, and satay. The market is packed during lunch hours, catering for the innumerable office workers around the area. But it is during the night when Lau Pa Sat truly comes alive, with tables expanding onto a side street filled with people eating and drinking merrily, signifying the end of yet another work day.

Sum Yi Tai, or “Third Wife” in Cantonese, is one of the newer kids on the block along Boon Tat street. Its concept draws inspiration and attempts to pay tribute to the glamourous albeit rowdy decade of the 80s in Hong Kong.

What we love about Sum Yi Tai is the storytelling that underscores its entire concept, especially the narrative thread around the Mona Lounge, Sum Yi Tai’s back-room lounge, can theoretically be found on the second floor.

Mona is the Sum Yi Tai, the third wife of a powerful man in Hong Kong and her story is detailed and intriguing, all laid out . Now, I say theoretically because customers require a passcode before they can truly enter Mona Lounge. But have no worries, the passcode can be obtained easily on their website.

Saturdays 5PM to 1 AM (Closed on Sundays)

WATER SPORTS - The equatorial heat is certainly no joke, with many Singaporeans attesting to the hot and humid nature as a bane of...
Read more
See & Do

The land of Buddhas and Fortresses, Dunhuang City, is one of the emerging travel destinations in China, thanks to social media. Giant statues, pagodas...
Read more
Recommendations

Staycation in Singapore: 3 Chic Hotels under $250 per night

As many of you might already know, STAYCATIONS ARE AVAILABLE FOLKS!It's been a long time coming indeed, and while safe travel is still and...
Read more 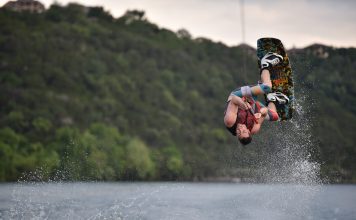