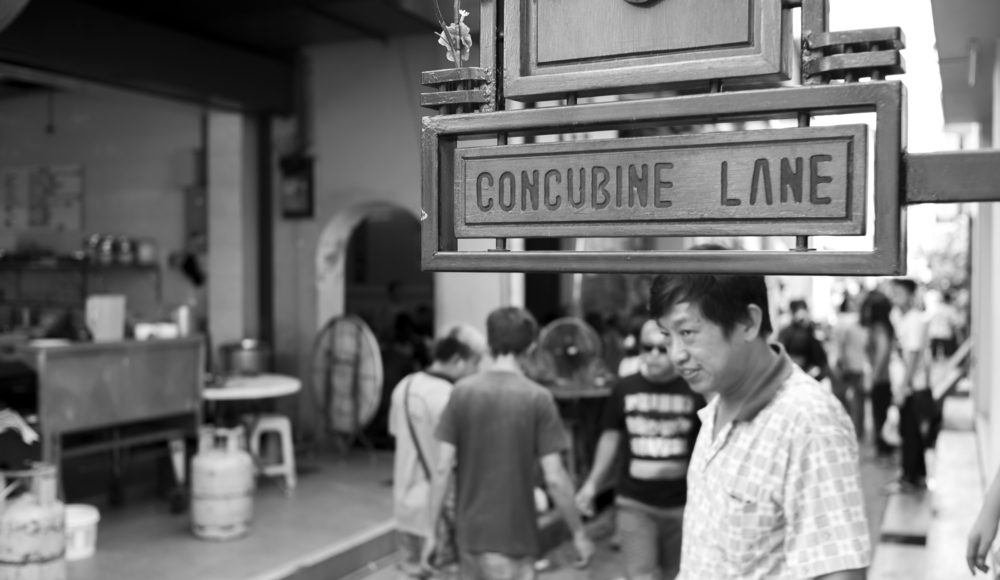 Ipoh, at one point a former mining town and sleepy settlement akin to a retirement home for senior citizens, has now become a lively destination for travellers to visit for a short getaway from the hustle and bustle of the city.

Equipped with an eclectic mix of unique local delights such as salt-baked chicken, beansprout chicken rice, white coffee, and Chee Cheong Fun, the ever-popular destination was already a hit among the most dedicated food lovers. Consequently, it came as no surprise that the once quiet town was also listed by Lonely Planet as one of the top 10 best destinations to visit in Asia way back in 2016.

From then on, the laidback town saw a boom in its tourism. Thus, began Ipoh’s reinvention into its current state. Hipster cafés and boutique hotels reigned and accommodated the rise of the number of inquisitive visitors and wanderlust chasers. And its century-old buildings became peppered in pretty interactive art installations, not unlike those that you find in Georgetown, Penang.

Today, apart from the local food scene, most visitors are also drawn to the curious sights and colourful facade of Ipoh. Among them, the mystique of the strangely named Concubine Lane — a popular street steeped in history and, at the same time, shrouded in mystery — provides ample incentive for shutterbugs and Instagrammers to pay it a visit due to its highly photogenic locale.

What’s In A Street Name?

While Concubine Lane is the most well-known street in Ipoh, there’s actually a total of three related lanes with an intertwining history found here. They’re called Wife Lane, Concubine Lane, and the Second Concubine Lane.

As for how these lanes gained their unusual names, we’ll have to journey back in time (more than 120 years, in fact) to delve into Ipoh’s past.

The Mining Tycoon With Three Lovers

After a great fire razed the old town in 1892, Ipoh was left in dire straits and in near-total ruin. A mining tycoon named Yao Tet Shin stepped up to assist in the reconstruction efforts — contributing lanes of shops in the rebuilding process. And as a gift to his three wives, he gave each one a lane along with the rights to collect rent from them.

The three streets where the wives presided in then came to be known (and is still referred to) by the wife/concubine moniker.

Another account of the story, according to local folklore, involves rich Chinese tin mining tycoons and British officers. It is said that these streets were used as hiding places for concubines/mistresses of the rich and influential. Hence, the name Concubine Lane was borne. And on a shadier note, the lanes were also previously home to opium and gambling dens too.

Among the three lanes, Concubine Lane remains the busiest (especially on weekends) and most visited today. Concubine Lane is teeming with shops and stalls, restaurants, cafes, and even a boutique hotel which further solidifies its status as a tourist hotspot.

-The crowded street- This is a very historical street, this is the street owned by Yee Lai Hong, and he gifted to his 2nd wife. But back before Malaysia’s independence as a British colony, there was fire in 1892. Some of parts of the layout when the town was rebuilt. . 📷 iPhone XR 📍Ipoh, Perak, Malaysia . . #lightroompresets #lightroom #lightroommobile #iphone #iphonexr #shotoniphone #shotoniphonexr #kualalumpur #malaysia #lifestyle #wide #enjoy #crowded #zone #perfect #perak #travel #travelgram #instaphoto #instamood #chilling #street #concubinelane #ipoh #mustvisit #mustvisitplace #travelphotography

But what makes Concubine Lane so special?

For one, the pre-war shophouses lining up the street offer an interesting look into Ipoh’s rich history. And for the photography buffs, the olden shophouses — given new life by recent restoration work  — makes for an excellent backdrop for street photography and Instagram-worthy posts.

Specifically, we’d recommend savouring Ipoh’s local offerings at Wong Koh Kee Restaurant. Apart from the food, this eatery also has the unique distinction of being one of the oldest shops in Concubine Lane. Talk about being the OG! 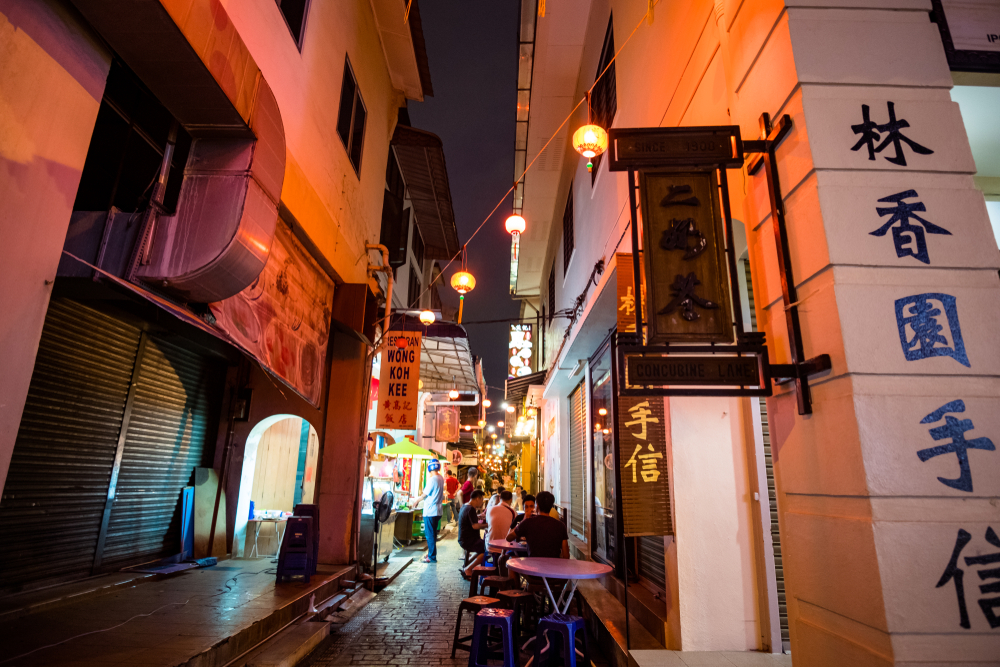 All in all, the colourful signages, wafting delicate aromas, and traditional Chinese lanterns hanging above just add so much more to the already vibrant atmosphere of this small street in Ipoh. Plus, if you visit at night, you’ll find Concubine Lane lit up in a scarlet facade — giving off an eerie red-light district feel to it.

While logic dictates that the lane belonging to the first wife would be the longest or have more shops, or at the very least, be a populated area, that is not the case here. Wife Lane is a quiet, short, and nearly-empty affair.

• why travel? • . . meet my travelmate; murni senior, a mom of my friend murni. she is joining us travel to #ipoh for @iwashere_id. i can tell you she is amazing with a huge sense of wonder and curiosity. i've been eyeing and observing her way to explore the city. and she grabbed my heart. . . during our lunch at one of the noodle restaurants that was recommended by our local friend @atravelicious, i asked her, 'why travel?' . . she didn't even take a sec to answer, 'travel makes me feel rich. and i always am happy when i am about to travel, make me alive!' . . i was amazed. my eyes got wider. 'and what do you think make you happy when you travel?' i asked her again. 'that's because i think nothing. when i travel, i don't bring my problems. i don't think too much," this-60 year old-woman answered. . . i think i have great companions during our assigment. one of them is this lady. the team calls her 'murni senior'. . . #deariwashere #iwasinipoh #malaysia #perak #travel #southeastasia

The only point of interest here is the mural of a fruit seller painted on one of the traditional shophouse’s yellow semi-dilapidated walls. Take a pic and move on, the next lane warrants a much longer visit.

Upon entering the Second Concubine Lane (or Market Lane, as it is known as now), a unique scenery unfolds before your very eyes.

Above, you’ll find colourful umbrellas adorning the narrow skyline between the two rows of shophouses. While lining up the walls along the street are three distinctly creative art pieces that’ll definitely light up your Instagram feed.

The first mural depicts a typical scene in a traditional Chinese coffee shop. This mural is found on the wall outside of Nam Chau Coffee Shop — one of only two shops found in Market Lane. The other being iJuicy, a fruit juice shop with some rather peculiar choice of decor.

As a side note, do try to take some time to dine at Nam Chau. We’d suggest trying out their Ipoh white coffee, as well as the traditional pearl milk tea. For something a little more filling, dry curry noodles are a popular dish on the menu. Spicy, savoury, and delish!

The second street mural is one of a group of kids jumping with joy. Found just a few steps away from the coffee shop mural, this painting is one of the more popular spots to take a jumping photo, especially during the weekends.

Lastly, the third mural is located near the end of the lane. This piece is an interactive mural created by world-famous artist Ernest Zacharevic — a savant in the street art scene with his other works being found in Penang, Johor, and Kuching in Sarawak. Like many of Zacharevic’s other masterpieces, this artwork features a combination of a painting and a real-life object — in this case, half of a tricycle as part of the mural.

The world is never quite the same again because of a novel coronavirus that has infected over 200 countries and derailed the global economy....
Read more
Japan

We’ve detailed our love for Osaka’s diverse food repertoire – from the best dishes to eat to some of the most unique dining experiences...
Read more
Lifestyle

Day X of your self-imposed quarantine/government-ordained lockdown.You’ve soon come to realize that there’s only a finite number of ways you can make your bland...
Read more