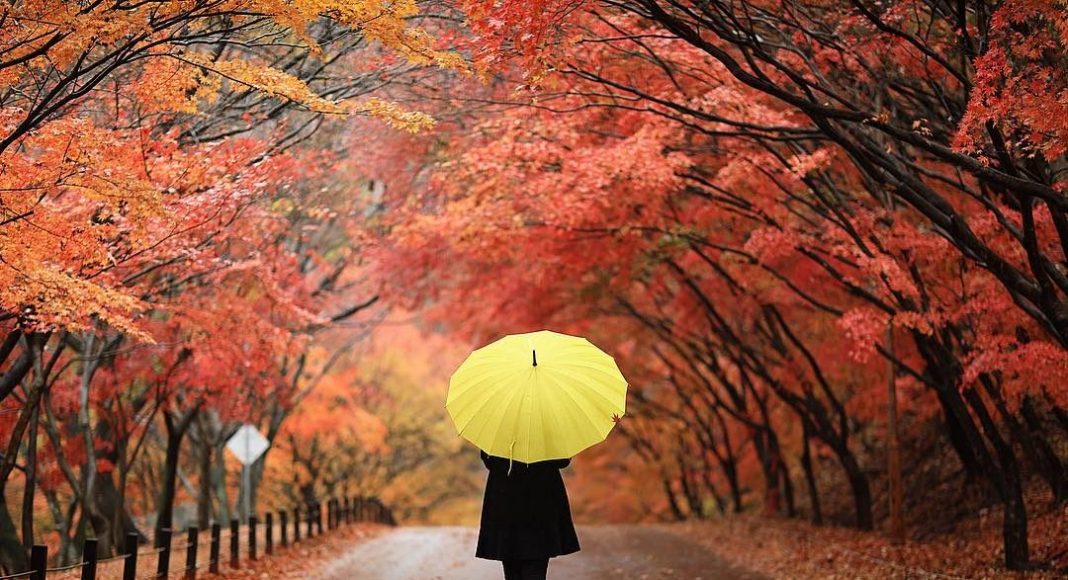 Where to Enjoy an Awesome Autumn in Korea

Autumn seems to be the best season — summer has just passed and temperatures are cooling down, winter is surely coming but not quite here yet, leaving us with weather that is neither too hot nor too cold, settling right at that sweet spot.

Along with the “air-conditioning weather” (as termed by many temperatures in the lower 20s), the other signature feature of Autumn is the changing colours of the leaves.

Bright green leaves turn into red and yellow hues as the forest canopy becomes a large blanket of orange. It’s a sight to behold, and a dream season for travel and photo enthusiasts.

In case you need more convincing or just want to know the best spots to hit up, here are some of the best places to catch the Autumn foliage in South Korea as you revel in the most beautiful of the seasons.

Photo by travelbugraphy via Instagam.

Perhaps the best spot in all of South Korea to see the Autumn foliage lies not in major cities like Seoul or Busan, nor even Jeju Island, but in Jeollabuk-do, tucked quietly in the southwestern corner of Korea.

Naejangsan, or Mt Naejang, is part of the Naejangsan National Park and one of the most popular sites in all of Japan to both locals and tourists wanting to see the Autumn leaves.

Naejang means “many secrets”, which we find rather fitting as the grounds will leave you with much to explore. From 600-year-old nutmeg trees, to spectacular waterfalls, and the famous temple duo of Baekyangsa Temple and Naejangsa Temple, there’s much to see at Naejangsan. The tree-lined path towards Naejangsa Temple, in particular, is stunningly beautiful as you see the Autumn canopy stretch above you.

The capital of Korea is known for being a sprawling metropolis, a shopping haven, an Asia technological and engineering giant that has given us Samsung and Hyundai.

With skyscrapers that dominate the skyline of Seoul, it’s easy to gloss over that the city has numerous mountains and natural scenery that are gorgeous. Lest we forget the various Korean dramas that have been filmed in Seoul, the city provides some of the best spots to see the Autumn foliage.

Nami Island should be no surprise as the island shot to fame with the production of “Winter Sonata” which has gone on to solidify its place amongst the best in Korean Drama history.

A visit to Nami Island is differs vastly depending on the season and time of the year, but Autumn is arguably the best season to visit this magical island.  The towering pine trees turn into lovely shades of red and orange as Autumn takes over Nami Island.

Seoraksan is the third highest mountain in South Korea, an amazing topographical landscape that makes it one of the best places to view the Autumn foliage.

Whether it’s the highest peaks or the numerous deep valleys, the changing colours of Autumn can be seen all around Seoraksan. You can hike up the mountain through the various trails or take the cable car up to have a bird’s-eye view of everything.

The phrase “train to Busan” and all its variations is evoked every time anyone talks about travelling to Busan, alluding to the Korean zombie apocalypse movie that was a box office hit

But Busan should be known for being so much more than just a tagline. South Korea’s largest port city, Busan offers a rather distinct feel from Seoul. There are beaches, mountains, and numerous historic temples. The sights and sounds are varied with beautiful natural scenery. It’s not surprising then that Busan has some incredible spots to see the Autumn leaves.

The romantic scenery of Mount Gayasan has aided greatly in Gayasan National Park being recognised as South Korea’s 9th national park. Just southwest of the mountain and within the grounds of the park is Haeinsa Temple, well known for having the Tripitaka Koreana which are a collection of Buddhist Scriptures carved into 81, 350 wooden printing blocks since 1398.

The path leading up to Haeinsa Temple is probably one of the most beautiful sections of Gayasan National Park. Whether it’s the bright and beautiful cherry blossoms or the rich and vibrant Autumn leaves, it’s an enchanting walk that will leave you mesmerised.

Mt Juwangsan is a lot like Mt Seoraksan — deep valleys, waterfalls, and long hiking trails. As you traverse the walkways around the mountain, look below and you’ll be able to see the water drift amongst the rocks, look above and there you’ll find lush vegetation with Autumn leaves.

One of the highlights in Juwangsan National Park is the Jusanji pond which you should visit in the early morning where slight frost develops on the surface of the water, creating a rather dazzling sight.

Jeju Island is a popular holiday destination, and with pristine beaches, abundant natural wonders, and beautiful scenery, it is a heaven for outdoor and nature lovers.

Mt Hallasan needs little introduction — a dormant volcano that is also the highest mountain in all of South Korea, it is a popular choice amongst travellers all year round.

The hike during Autumn season, however, can be especially rewarding with the Autumn foliage covering the entire Mt Hallasan. The view from the peak is still as stunning, arguably even more so with various tints of colourful leaves all around you.

The valley got its name from Chianchideok, which means “a view of meandering streams and rocks”. Located in Gansan-ri Village, Andeok Valley lives up to its name, with beautiful gorges and cooling waters cascading down. The valley also has caves from prehistoric times, so when you’re traversing Andeok Valley, keep a lookout for these ancient sanctuaries.

It’s a pity not many know the city of Daejeon. Styled as South Korea’s “City of Science and Technology”, it is located in the central region of Korea, connecting the larger cities of Seoul and Busan via rail routes and expressways.

Daejeon is also absolutely spectacular during Autumn, and it would be a pity not to drop by Daejeon to catch the stunning fall foliage.

The first place you’ll have to visit is Jangtaesan Recreational Forest where you’ll be reminded of Nami Island, only turned up several notches. Come Fall, this lush and thick forest turns into an Autumn wonderland filled with redwood trees for as far as the eye can see.

While everyone heads for the Sky Tower to catch sweeping views of the entire park, the scenic bridge that leads to the tower is stunning as well as you see the trees rise around you.

Gyeryongsan, or Rooster-Dragon Mountain, was named because the main ridge winds like the body of a dragon while the sharp peaks resemble that of a cockscomb. Gyeryongsan is often considered a sacred mountain in South Korea, holding the honour of being the central holy mountain during various dynasties from the Baekje Kingdom to the Joseon Dynasty.

Today, it is a popular hiking spot and the Gyeryongsan National Park is the region’s most popular. If hiking isn’t in your plans, there’s a recently launched monorail that takes you up along the ridge of Gyeryongsan. Grab a seat comfortably in the monorail as you observe the changing colours of Autumn foliage up this sacred and historic mountain.

Top Photo by hendryyadhisna via Instagam.

It is the 78th anniversary of the fall of Singapore this year. Talk to any self-declared history buff and you'll be regaled with breathless...
Read more
Travel Stories

When you think of Okinawa, what comes to your head? To me, I’d thought of it as a resort haven for beach lovers who...
Read more
Featured

From its outward appearance, you likely wouldn't give this peculiar building on a nondescript road in Đà Lạt, Vietnam a second glance. Okay, maybe...
Read more
Travel Stories

“Does it ever stop feeling like a vacation here?” I ask my Austrian friend who has spent his childhood in Hallstatt, while I am...
Read more