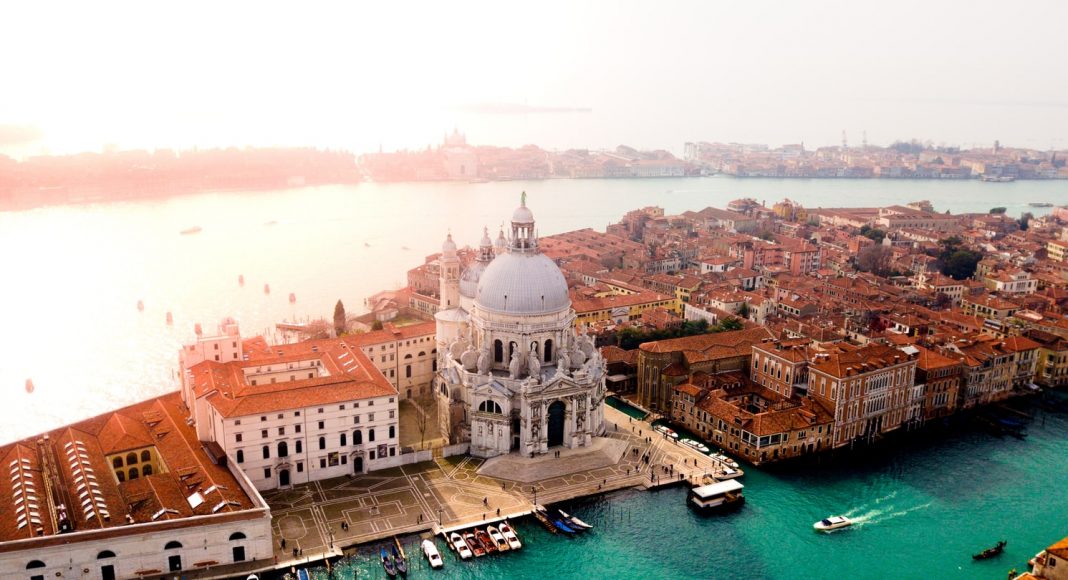 7 Italian Inventions That Left Their Mark On The World

The Italian Renaissance was an age which saw the flourishing of the Arts, Science, and Culture.

From Michelangelo to Leonardo Da Vinci, some of history’s brightest minds were born and sculpted from this period. So, it may not come as a surprise then when I tell you that some of the world’s best inventions came from Italy.

Well, here are 7 inventions that all of us have Italy to thank for, and some of them may even blow your minds.

Perhaps it was the many old photos I’ve seen of British gentlemen reading the papers and the association stuck, but I’d always imagine that the invention of newspapers was credited to the British.

Truth is that the first signs of a newspaper could be traced to Venice where the Venetian government would produce and circulate sheets of news monthly to its people to keep them abreast of the latest information.

Even then, rulers knew knowledge was power.

Jeans are practically an institution in American culture, but we’d owe the Italians a thank you for today’s most versatile clothing.

Forget downtown LA, jeans can be traced to the 17th century in the northern city of Genoa. More specifically, the word “jeane” or “jean” is the French word for Genoa and it’s the place where cotton corduroy, also known as jean or jeane, was manufactured.

Without Genoa, Jacob Davis and Levi Strauss wouldn’t have reached the heights of today.

The House of Medici was regarded as one of the wealthiest and most influential families during the Renaissance.

They built their money, influence, and power on the shoulders of creating the first iterations of what we understand of a modern bank, which dates back to 1397 and to Giovanni de Medici, an Italian banker and founder of the Medici Bank.

The 15th century financial institution served as the foundation from which modern banks today developed from. Most notably, their general ledger system pioneered the development double entry systems which tracked debits and credits, as well as deposits and withdrawals.

The #cristoforipiano in Rome #museodeglistrumentimusicali is one of the #pianos contructed by the inventor of the very same instrument, Barolomeo Cristofori. Born in #padua in 1655 moved soon to #florence at the #court of #ferdinandodemedici . In 1700 he built this instrument that had to be an “#arpicembalo that is both soft and loud” (in italian: piano and forte = #pianoforte ) #christheguide #discoverrome

I’m sure you’ve heard of Cristofori Music, one of the largest music companies and schools in Singapore today.

What many don’t know is that Mr J.B. Wong, Founder of Cristofori Music, probably got the inspiration of the name from Bartolomeo Cristofori, most famously credited as the inventor of the piano.

Working for the Medici family at that time, Italian Bartolomeo Cristofori was well-known as a creator of musical instruments, but none made such a lasting legacy and had such monumental cultural impact as the piano.

Now, the invention of the Jacuzzi doesn’t stretch so far back in time as the others on this list.

The Jacuzzi family immigrated to the US in the early 1900s to escape the war. The Jacuzzis were known for their inventions of the propeller used in aviation, and soon started experimenting with a pump design to move water within water.

It wasn’t until the late 1940s, however, that Candido Jacuzzi and his wife developed a design for hydrotherapy for their son Ken who was dealing with Juvenile Rheumatoid Arthritis, a syndrome that causes persistent joint pain, swelling, and stiffness.

Thus were the early designs of the modern-day jacuzzi, and we have the Jacuzzi family to thank.

While the discovery of electromagnetic waves is attributed to German Heinrich Rudolf Hertz, the invention of the radio is credited to Guglielmo Marconi.

The first transatlantic radio signal was sent out in 1901 and netted Marconi and his scientific partner Karl Ferdinand Braun a Nobel Peace Prize in Physics.

The radio’s incredible impact was easily seen on the sinking RMS Titanic when it was used to signal for help which saved hundreds of lives.

When the Voltaic Pile, what we know as batteries today, was first invented by Alessandro Volta, nobody knew the height of importance it would reach.

Volta published his findings in 1800, and it was the first time that one could generate electricity that could continuously provide current to a circuit.

The modern lead-acid battery we know today was only developed later in 1859, but it would not have been possible if not for Volta and the Voltaic Pile.

Every waking moment of 2020 is grim. WW3 almost happened, bushfires, pandemic and now murder hornets ?! Someone must have installed the wrong version...
Read more
Lifestyle

Get Creative with Shihlin Taiwan Street Snacks’ ‘Zhng’ It Up! Challenge

We are into the last stretch of circuit breaker period but looks like it will take several months before we can regain some normalcy...
Read more
Discoverist x CR

Mother’s Day might look a little different to you and your mom this year—but there are many ways to show your mom appreciation without...
Read more