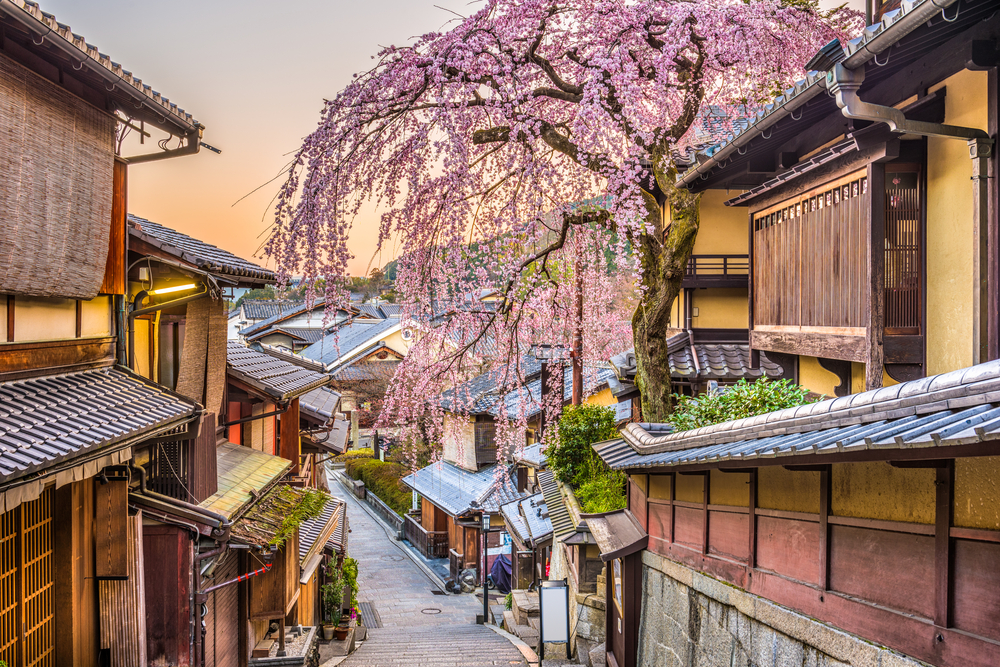 Tokyo serves as the modern-day capital of Japan, it is without a doubt the business, economic, and cultural hubbub that is driving the country. What many do not know is that it wasn’t always the capital.

For much of Japan’s history, Kyoto assumed the mantle of being the capital of Japan from 794-1868. You see, traditionally in Japan, wherever the Emperor resides would then assume the title of capital of the country.

Prior to the Meiji Restoration, the Emperor lived in Heian-kyō, which is the modern-day Kyoto, resulting in its status as the capital. This all changed in 1868, when the royal family moved from Kyoto to their new imperial home in Tokyo, where they have remained to present day. Because of its many years as the capital, many in Japan have continued to view Kyoto as the “true” capital.

“True” capital or not, Kyoto today is home to countless number of temples, shrines, and historical sites throughout its land. It has one of the world’s largest collections of UNESCO World Heritage sites, totaling some 17 of them.

Join us as we go on a cultural tour of Kyoto, uncovering the historical ins and outs of this heritage-rich city.

Note: Due to poor tourist behaviour, a photography ban has been implemented on private alleyways in Gion to preserve its traditional ambience, effective from October 25. Signs are posted on these alleys, so keep a look out for them, for if you are caught, you will face a fine of approximately S$125 (¥10,000).

How to get there:

Despite having “International” in its name though, the Osaka airport only serves domestic flights, having stopped its international services some time in the 1990s. So if you plan to fly in, KIX will be your best choice, which will then take about a 75 min train ride aboard Limited Express Haruka to reach Kyoto.

If you’re coming in from Tokyo, it’ll be roughly a 2h 20min train ride from Tokyo Shinagawa Station aboard the Nozomi Shinkansen. You can find the timetable here.

Depending on your length of stay in Kyoto, if it’s for more than 2 days, we’d recommend getting the 3 Day Kansai Thru Pass which will grant you the best access to the extensive bus and non-JR train network in Kyoto. Alternatively, you can consider getting this Kyoto Sightseeing Pass to help you make the most out of your trip!

If you’re deciding on an area to stay, the Geisha neighbourhood of Gion in the heart of Kyoto would be a culturally enriching experience. It is in this neighbourhood where it’s common to see Geishas sauntering along streets lined with traditional wooden houses.

There is a myriad of options for accommodations in Kyoto’s foremost Geisha district, and we’d recommend the Kyoto Granbell Hotel, here is where modern living meets tradition.

Day 1: Ins and Outs of the Higashiyama Area

We start off our cultural foray in the Higashiyama area which is littered with temples and shrines throughout the Northern and Southern parts of Higashiyama.

What may perhaps be one of the top sights in all of Kyoto, the Kiyomizudera Temple (Pure Water Temple) is perched on top of Mount Otowa, giving people a panoramic view of Kyoto. Founded in 780, the temple got its name from the waters of the Otowa Waterfall where it was built.

A UNESCO World Heritage site since 1994, the temple’s viewing gallery just outside the main hall opens up to countless cherry and maple trees, which during the spring and fall seasons, will come alive with a myriad of colours that will blow you away.

The Otowa Waterfall is located at the base of the main hall where visitors can drink from three separate streams of water that grants the drinker fortune in terms of longevity, success in school, and in love.

After a rejuvenating experience at Kiyomizudera, a great lunch option would be the signature Nishin Soba which was first created in Kyoto. One such joint would be Matsuba Soba, which happens to be one of the oldest Soba establishments operating in Kyoto today.

Nishin Soba is essentially a savoury bowl of buckwheat noodles topped with dried herring fish simmered in a concoction of soy sauce, mirin (sweet cooking rice wine), and sugar. A bowl of Nishin Soba can be a comforting pit stop, especially on a cold winter day.

Now whether Kiyomizudera Temple was your first stop or last, en route to Kiyomizudera you’ll find many religious temples all about and one you should stop by is the Kodai-ji Temple. Built in 1606 by Toyotomi Hideyoshi’s wife in memory of her husband, the Kodai-ji Temple of today is surrounded by beautiful Zen gardens that warrant a short visit.

From Kodai-ji Temple, step back into the bygone era of Samurais and Geishas that is Ishibei-Koji Street. The cobblestoned streets and traditional wooden Japanese houses is a nice juxtaposition to the modern skyscraper world we know today.

Up in Northern Higashiyama, there are numerous temples as well, but we’ll point your way to a lesser-known spot called Philosopher’s Path. A 2km stone is enveloped in lush greenery and lined with cherry blossom trees, that as you may have guessed bloom beautifully during hanami season.

If you love cats, keep an eye out because there’s even a spot along the path where these cute felines rest and roll around.

Day 2: Journey to the West to Arashiyama

With a good night’s rest, it’s time to travel out a bit to Western Kyoto.

The main attraction is one you’ll recognise all over Instagram — Arashiyama Bamboo Forest.

Indubitably one of the quietest and serene places in all Japan, the Arashiyama Bamboo Grove is a surreal experience that could prove to be the place that leaves the most indelible impression of the entire trip.

Taking a stroll through the forest is a must, immersing yourself in the peace and tranquility, something that is remarkably far and few between in today’s highly-connected world.

Local tip: Try to get there early in the morning before the sun rises to avoid the crowds.

Near the entrance of Arashiyama Bamboo Forest is the famed Tenryu-ji Temple, which boasts one of the finest gardens in all of Kyoto (and that’s saying something). Ranked at the top as the most important Zen temple in the Arashiyama area, you shouldn’t miss out on this temple when you’re in the area.

Before heading back, take a short trip slightly north to Kinkaku-ji Temple, more famously known as the Golden Pavilion. Originally the retirement home of a Shogun, it became a Zen temple with his death in 1408 per the Shogun’s will.

The top two floors of this impressive structure feature gold leaf, which is nothing short of majestic as it rests on the riverbank. Now, who says temples can’t be luxurious?

Get an early morning rise and head to the Nishiki Market where you’ll find no shortage of street-side food and snacks. Also known as “Kyoto’s Kitchen”, Nishiki Market is a food paradise that buzzes from morning to the evening.

With free samples from practically almost every stall, I can promise you’ll be full from just walking from end to end trying all sorts of delights from Konnamonja Soy Milk Donuts which are crisp on the outside and chewy on the inside to meat skewers and matcha mochi!

Local tip: Try to avoid visiting Nishiki Market on the 1st week of New Year, unless you love getting jostled by the crowd. It is also Japanese New Year, and every Kyotoite will head down to the market to buy their new year goodies.

With your tummy filled, it’s time to learn about a Japanese cultural phenomenon that has captured the hearts of many Otakus all over the world — yes, the creative world of Manga. The Kyoto International Manga Museum is home to over 50,000 publications and three floors of Manga.

The main draw is, of course, the large collection of Manga available for reading and most of these are in Japanese, of course, there are some translated ones as well. You’ll also find some temporary exhibitions that celebrate both local and international manga artists and their works.

It’s a place for Otakus to unite!

The trip culminates in what may be the number one attraction in all of Kyoto, a site that is photographed and instagrammed all over the world — the Fushimi-Inari Shrine. Easily recognised with its iconic vermilion torii gates, Fushimi-Inari is almost synonymous with Kyoto today.

Many know the beautiful orange gates, but not what it enshrines. Fushimi-Inari celebrates the god Inari, which is the god of rice, harvest, commerce, and business. The messenger of Inari is a fox, which explains the numerous fox statues and images around the grounds.

Don’t miss out on the short hike up Mount Inari-san and the pilgrimage walk around the shrines near the top during your visit to Fushimi-Inari to have the most enriching experience.

Once upon a time, the lion city was a jungle. Today, Singapore is known globally as one of the most expensive and innovative cities....
Read more
See & Do

It is the 78th anniversary of the fall of Singapore this year. Talk to any self-declared history buff and you'll be regaled with breathless...
Read more
Travel Stories

When you think of Okinawa, what comes to your head? To me, I’d thought of it as a resort haven for beach lovers who...
Read more
Discoverist x CR

7 Iconic Places to Visit on Your Great Ocean Road Drive

A gentle breeze assails your face and flows through your hair as miles of paved asphalt ticks by, the songs on your radio keeping...
Read more 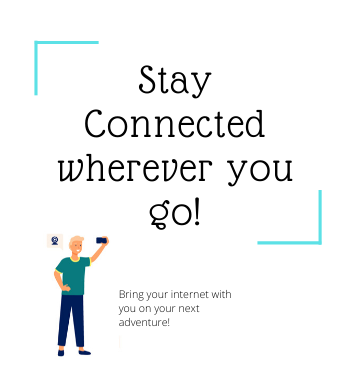 Not at the moment. Thanks!