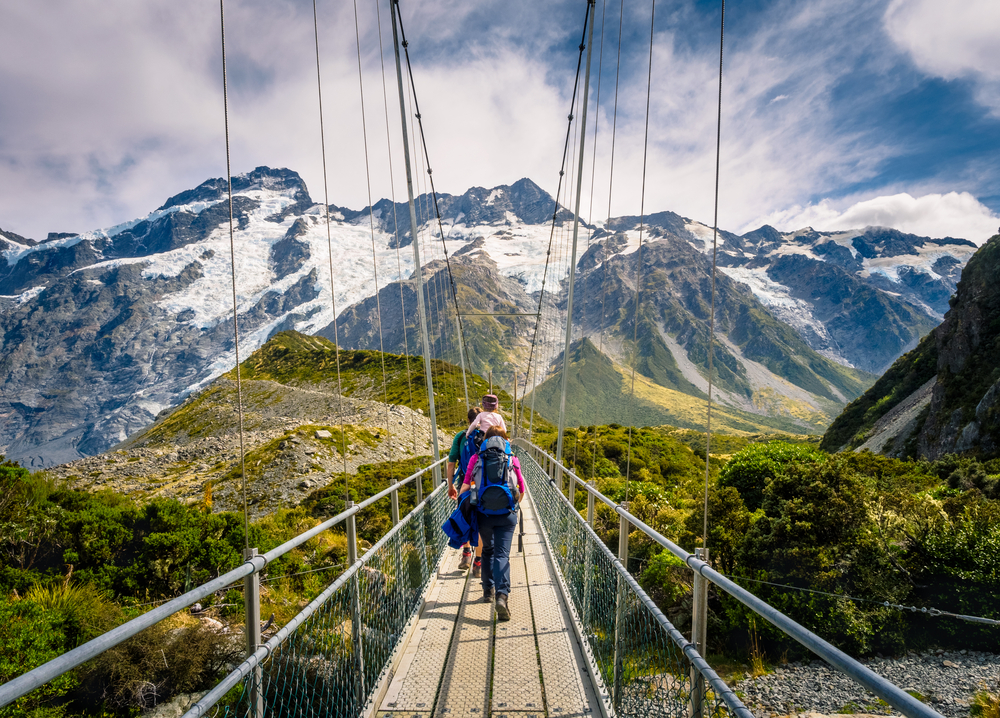 Discover the Beauty of New Zealand: 5 Day Trips From Christchurch

New Zealand is known for a great many things including its national rugby team, rich indigenous Maori culture, and a picturesque landscape so fantastical that was featured in several Hollywood films! In combination, all the above makes for a magical destination worth spending your hard-earned moolah and precious annual leave for.

With the holiday season already in full gear, along with Air New Zealand’s latest offering of a five-days-a-week seasonal service from Singapore to Christchurch starting from December 2019 up till 22nd February 2020, there’s no better time than now to hop on one of their Boeing 787-9 Dreamliners to jet off to the Kiwi nation for a fun-filled vacation. How about a surprise trip for this coming Valentine’s Day?

Speaking of which, Christchurch is one of the largest cities in New Zealand’s South Island. Meaning, the city acts as the de facto gateway to some of the most beautiful scenery in the country. And while the city is plenty beautiful on its own, most travellers will tend to stick to the au naturale — exploring New Zealand’s natural splendour by driving down one of its many scenic routes.

If you opt to stay in Christchurch for a little while, there are tons of excellent day trips you may take from the city. Here are five of the best day trips from Christchurch, New Zealand.

While not exactly within a short driving distance from Christchurch, Queenstown’s popularity as a travel destination in the South Island does deserve a spot on our list.

As Queenstown is a little further afield than other options, we’d suggest making sure to time your trip right if staying the night isn’t in the books. In this case, a night drive may be warranted as a single journey to the destination would take around six hours.

Our neighbours are all about fun too. Head up the Gondola then jump off the Ledge with @ajhackettbungynz or enjoy the views from above with @gforceqt #spoiltforchoice! Follow us @skylinequeenstown #instatakeover 📷 by @passportbucketlist

But once you’ve stepped foot into the quaint town by the shore, your road-trip weariness and lethargy eventually fade away. There is plenty to see and do here, from adrenaline-inducing jaunts to scenic hikes, and even a leisurely ascension up the town’s famed peaks via gondola. But more particularly, expect some of the best pulse-raising activities offered in the adventure capital of New Zealand.

Among them, skydiving above the majestic Remarkables mountain range is an adventure-of-a-lifetime not to be missed! The sensation of free-falling over Queenstown’s skyline coupled with the stunning panoramic view makes this destination one of the best skydiving spots in the world. Other “closer to the ground” but similarly adrenaline-filled activities include bungee jumping 134 m above the rugged Nevis River, or getting on the Nevis Swing — a massive swing that takes one across (and back) the valley in swift fashion.

Kiwi are the only bird in the world to have nostrils at the end of their beak… Who can guess why their nostrils would be there? @chingannette was very lucky to spot this curious kiwi in the wild!

As for non-daredevils, you don’t have to worry about feeling left out as there are tons of relaxing activities to do in Queenstown. For instance, a visit to Queenstown’s popular Kiwi Birdlife Park to mingle with New Zealand’s iconic national bird is a great way to spend an afternoon. Otherwise, a slow cruise across Lake Wakatipu also showcases some of Queenstown’s more spectacular alpine scenery.

Featuring some of the most splendid natural sights in the world, Mount Cook (known as Aoraki in Maori) is New Zealand’s highest mountain range standing at an elevation of 3,724 m.

Walk, hike, or take a scenic helicopter ride. No matter your preference, you can be sure you’ll get to admire dozens upon dozens of awesome sights as you explore the splendours of Mount Cook. The aptly named Mount Cook National Park, for instance, has the best hiking trails in the country, as well as scenery that will take your breath away.

Before you get to conquering Aoraki though, do make it a point to head to the always dazzling Lake Tekapo.

This lake features a large body of water painted with a distinct milky turquoise hue due to the fine rock-flour found here. And on its shores, you’ll find the iconic Church of the Good Shepherd, where the altar window offers access to a stunning view of the Southern Alps. Also, Tekapo Springs is considered one of the most relaxing ways to take in the beautiful sights of Mount Cook.

If you’re into the culture and historical background of the locale, head to the Sir Edmund Hillary Alpine Centre. Here, a museum, 3D movie exhibitions, and even an awesome planetarium will definitely scratch that intellectual itch you have. But if you’re more interested in the conservation side of things, there are plenty of centres in the area that will shed light on how New Zealand is preserving its natural history.

This awe-inspiring mountain and its national park can be reached by a short three to four-hour drive from Christchurch. However, we’d suggest taking a day tour from Christchurch so that you’ll feel well-rested and refreshed upon arrival.

3. Akaroa on the Banks Peninsula

Just less than a two-hour drive from Christchurch, Akaroa is a small charming town — full of historic French and British colonial influences — located on the Banks Peninsula.

In the town, wander the streets and get intimate with the local Kiwi culture. Along with that, learn about the diverse history of the islands, as well as sample some of New Zealand’s finest coffees and pies. We promise that you’ll come out well-acquainted with the town at the end of a lovely afternoon spent here.

If you’re feeling a tad adventurous, explore the Flea Bay via a four-wheel drive tour to observe the region’s largest penguin colony. The hordes of adorable, waddling critters going about their day will surely make any animal lover giddy with excitement.

Hector’s Dolphins! They are endangered and super adorable! They have a rounded dorsal fun and are small- no more than 1.5 meters! #hectorsdolphins #akaroa

Alternatively, taking a cruise off the harbour town will afford you the chance of getting a glimpse of the native marine wildlife and birdlife. If you’re lucky, this cruise may even net you the rare opportunity of spotting the elusive Hector’s dolphins! 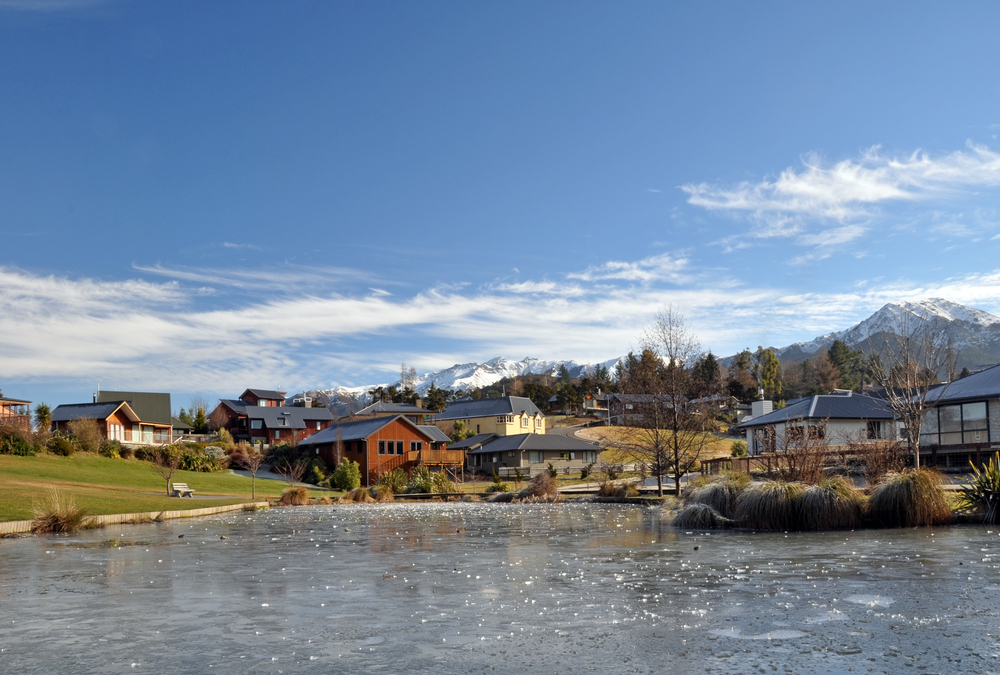 Geographically situated on the edge of the Pacific Ring of Fire, New Zealand is a hotbed for geothermal activity. Home to a myriad of excellent hot springs, mostly in the region between Rotorua and Taupo, these hot spring towns have become the destination of choice for travellers looking to relax and unwind — in addition to providing a short respite from the frigid weather, of course.

While most of the famous hot springs can be found in Northern New Zealand, the South has no lack of it too. Case in point, Hanmer Springs is a great alternative to the oft overcrowded hot baths of the North Island. And it is also arguably the best spa/hot spring town in the South.

This weekend? We are keeping a close eye on the weather but snow could be possible ❄️♨️💙 #winteriscoming #relaxation #40degrees #thermalpools #hanmersprings #hanmerspringsnz

Idly placed about 135 km from Christchurch city, approximately a 90-minute drive, the small town is particularly well known for its namesake thermal pools. These famed wonders of nature were carved from a fractured rock bed along the Hanmer Fault.

With pampering and rejuvenation being the opportune words, Hanmer Springs’ thermal pools offer visitors the ultimate New Zealand relaxation experience. Allow yourself to feel recharged and let the fatigue and stress leave your body while taking in the spectacular view of the hillsides. We can already feel the onset of relaxation coming! 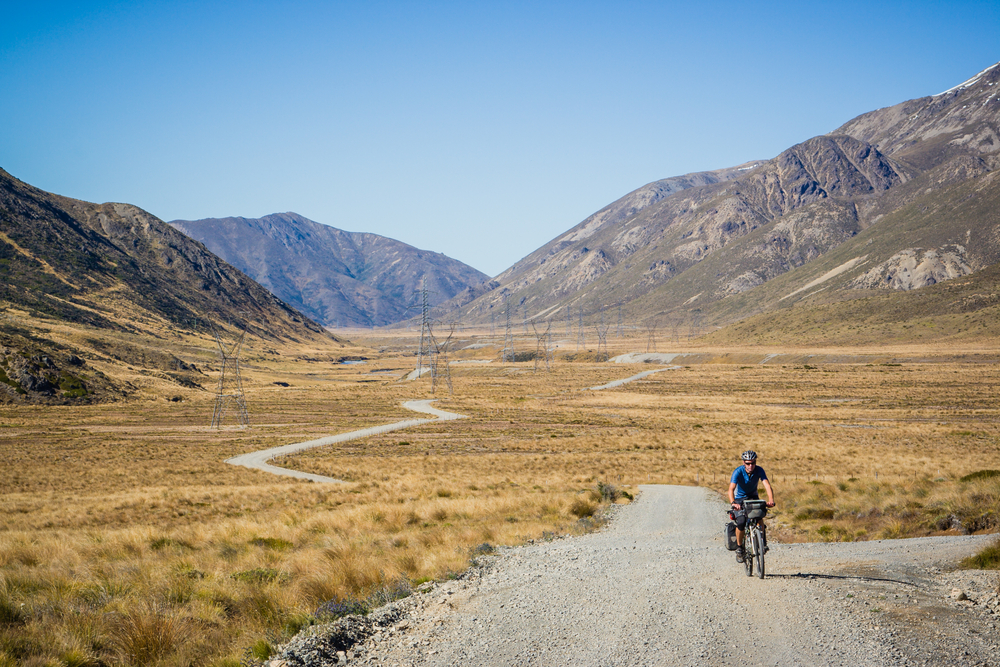 But if for some reason you don’t feel like relaxing here, then there are plenty of biking tracks or hiking trails around town to keep yourself occupied. Might we suggest a quad bike tour through the off-road rough mountainous terrain?

For art lovers, this next destination is the ultimate destination for creative expressions and natural wonders, along with being the home of a vibrant local arts scene.

Geraldine is a country town in the Canterbury region — which is a 2-hour scenic drive from Christchurch. Upon entering this town, visitors will be greeted by the township’s unique arts and crafts scene proudly exhibited in and around its streets. From its highly regarded vintage car museum to a variety of boutique shops offering unique art, crafts, and giftware, to even a star observatory, Geraldine is a town that isn’t afraid to express itself!

And speaking of the star observatory, keen stargazers will be happy to note that the lovely town of Geraldine is the starting point of the Starlight Highway. Following this trail, astronomy aficionados will be led to Lake Tekapo and Aoraki Mackenzie International Dark Sky Reserve. Quite an astronomical adventure indeed.

Lastly, be sure to check out some of the independent art galleries when you visit. While you’re at it, you could even purchase some local handicrafts, which makes for a better souvenir instead of the generic Kiwiana you get almost everywhere in New Zealand.

Day X of your self-imposed quarantine/government-ordained lockdown.You’ve soon come to realize that there’s only a finite number of ways you can make your bland...
Read more
Covid-19

5 Grocery Delivery Concierge Apps To Use in Kuala Lumpur

As Malaysia enters the second half of the 14-day Movement Control Order (MCO), and with another 14-day extension on the way, you’ve come to...
Read more