Bangkok: What You Need to Know Before You Go 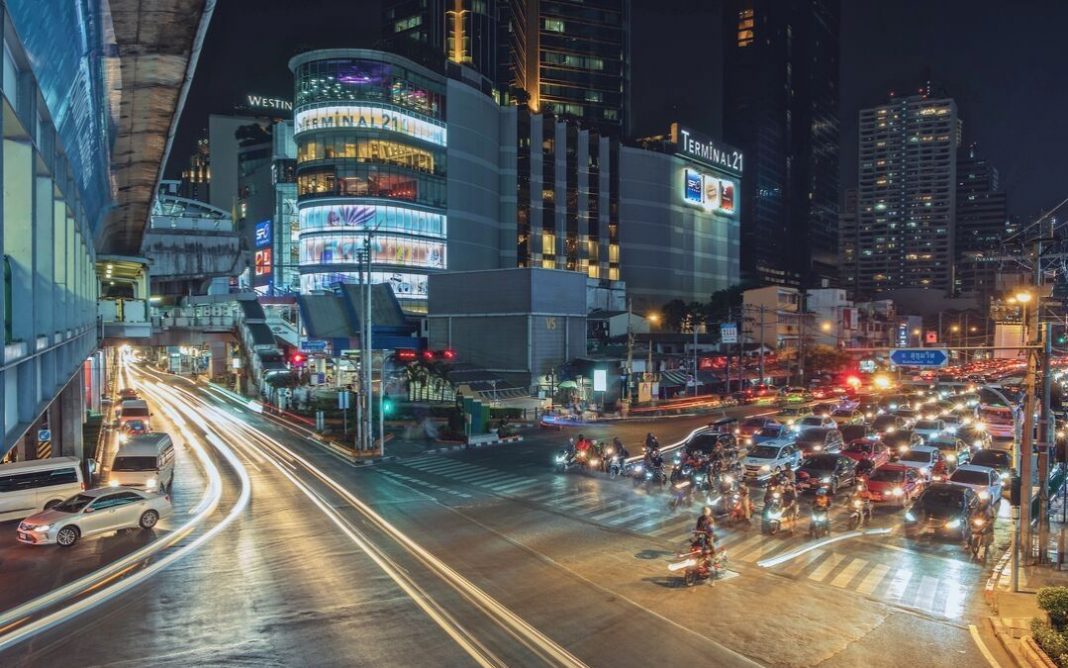 As the capital of Thailand, Bangkok offers an entire spectrum of experiences that will leave you clamouring for more by the end of your trip. From traditional floating markets to hipster night hangouts, to shopping malls that simply inundate the streets, Bangkok moves at a pace that will leave you gasping for breath.

Part of a burgeoning café foodscape, the COMMONS is the latest in what is changing the arts and café scene in the metropolis, ushering a new phase as the city prepares take its place alongside the other cosmopolitan cities in the region.

Beneath all that hustle and bustle, however, is a society and country that is deeply rooted in its culture and traditions, something which has guided them for centuries. No exploration of Bangkok would be complete without visiting some of the most beautiful and Instagrammable temples and shrines you’ll encounter. And if you take the time to travel out of the city centre and you’ll be rewarded with ancient ruins that will satiate any history and culture buff.

Bangkok is truly a cornucopia of the five senses, just waiting for you to unravel layer by layer.

“A fast-rising cosmopolitan city that has an uncanny ability to hold steadfast to its centuries-old culture and traditions, Bangkok offers unforgettable cuisine, world-class shopping, magnificent temples and electrifying energy.”

You’ll typically find tropical monsoon climate dominating the entire calendar in Bangkok, with summer heat and humidity all year round. Though its daily temperatures are not the highest in the world, it’s the unrelenting nature of the heat that hardly subsides – even at night! –  that lend to its claims as the “hottest city in the world”.

With its landlocked features and tropical location, visitors to Bangkok should expect temperatures north of 30°C throughout the year.

This makes packing for Bangkok an easy proposition – light, bright and breathable is what you want, with cool, absorbent cotton and moisture-wicking sports apparel leading the way.

However, December and January typically see a drop in temperatures, and nighttime showers can plunge the mercury to a cool 20+ degrees. If you’re prone to feeling chilly, pack some light outerwear.

Bangkok is at its warmest during the months of March to May where temperatures can climb to near 40 degrees. This is also when you can experience the traditional annual water festival of Songkran (mid-April), in which the city participates in a three-day water-splashing bonanza.

From May to October is when Bangkok sees the most rainfall, but don’t worry as there are plenty of indoor activities and shopping malls to keep you occupied from sun up to sun down. A popular option for rainy afternoons is to pop by Terminal 21 Bangkok for a unique mall experience that has a themed interior featuring iconic landmarks of the world.

It is during mid December to early January when Bangkok gets a temporary reprieve from the notorious heat. The locals are also especially festive on account of the year-end celebrations. Catch a tuk-tuk to Central World for the pop-up bars and live music to make the most of the merry mood and cool evenings.

Major credit cards such as Visa and MasterCard are accepted in most hotels and restaurants. ATM cash withdrawals are readily available, but beware of high fees.

Though some hawker stalls are starting to implement cashless forms of payment, the large majority of these street food stalls only accept cash.

Getting into the City (From Suvarnabhumi Airport)

Though Don Mueang happens to be geographically closer to Bangkok’s city centre, Suvarnabhumi airport offers the more convenient mode of transportation into town.

The Airport Rail Link would be the most convenient and cheapest mode of transport to the city centre, with a trip taking about 25 to 30 minutes into town. Fares start at 15 ฿ with a maximum of 45 ฿, which is what you’ll be looking at if you’re planning to take to Phayathai Station, the last stop on the line which connects to the local BTS Skytrain.

Taxis aren’t necessarily all that more expensive, with fares starting at 35 ฿. Though affordable and convenient, you should be prepared to brave the jams once you get to the city, especially during the peak hours of the day. Take a deep breath and strike up a conversation with your taxi driver to help pass the time.

Taking the BTS Skytrain would undoubtedly prove to be the most cost-efficient and convenient way to make your way around the dense Bangkok downtown. The lines are extensive and single trip fares start from an affordable 15 ฿. For extensive travel, we recommend getting the BTS Rabbit Card. There is a one-day pass with a stored value of 120 ฿, which would be ideal for a full day of travel.

Though Bangkok can be quite daunting for first timers and families with small children, press on and you’ll discover there’s plenty to explore.

Amenities are usually clean and plentiful, with no lack of cafes, restaurants and fast food outlets for quick and easy refreshment. In a pinch, street food and drinks are generally safe to consume – and delicious!