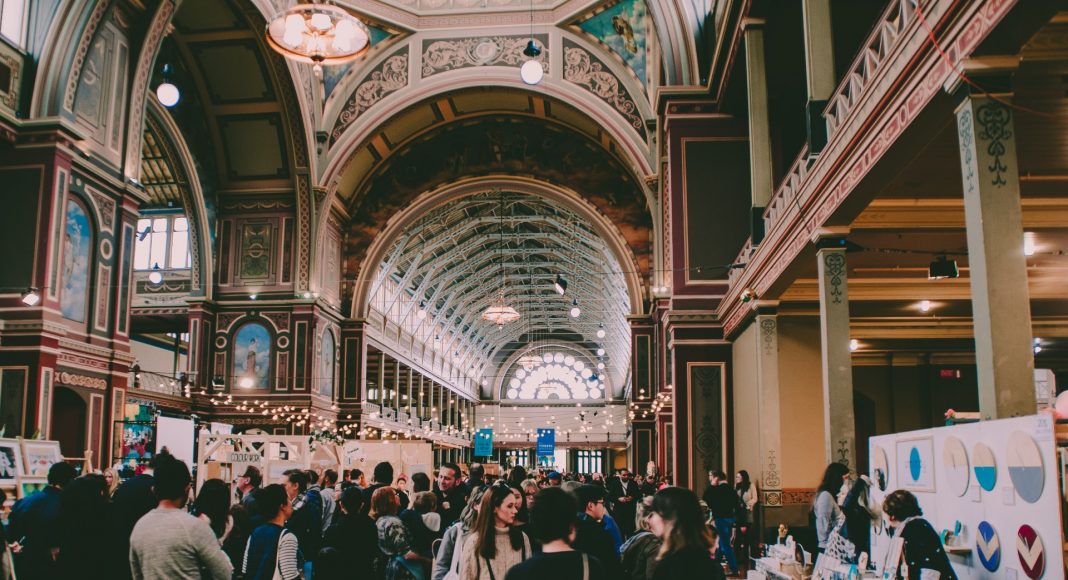 A Guide to the Best Markets in Melbourne

Melbourne is a haven for the Arts, the hipster, and the creative, a stylish place bursting with endlessly good vibes.

A dynamic city in every sense of the word, the capital of the state of Victoria in Australia offers a myriad of activities from world-class cafes and boutique shopping to art galleries. It’s certainly a city that takes more than a single trip to fully explore sure, but if there’s one thing you cannot miss if you want to get a true taste of Melbourne, it’s traipsing through the underbelly of markets littered throughout this artsy city.

Whether you’re a first timer to Melbourne, or a seasoned traveller, here’s our guide to some of the best markets you can find in the Down Under.

We begin with one of the oldest markets in Melbourne, the time-honoured South Melbourne Market, established in 1867.

Nestled near Melbourne’s city centre, the South Melbourne Market has an upmarket vibe, one that resonates with the character of the neighbourhood. Here you’ll find artisanal cheeses and chocolate, organic fruits and vegetables, boutique shopping, and single-origin specialty coffee. And with its own cooking school, The Neff Market Kitchen, you know that they’re serious about their food over at South Melbourne.

If all that sounds a little too intimidating, don’t worry too much as all the traders there are friendly, always flashing heart-warming smiles, and more than knowledgeable about their respective crafts. There’s a welcoming atmosphere and puts you instantly at ease.

One last note, do not miss out on the dim sum here, they are delicious and have a rich history that dates back to 1949.

Photo by Shawn Ang on Unsplash

Colloquially known as “Vic Market”, Queen Victoria Market is Melbourne’s most famous market. Operating since 1878, the market is rather an important institution in Melbourne, to the extent of being listed as a National Heritage Building.

The inner-city market is home to hundreds of small businesses that offer a wide range of fresh produce, seasonal flowers, tantalising food, handcrafted gifts and much more. The Vic Market is bustling right from the get-go and being in the thick of things can get rather overwhelming for a first timer. Well, fret not as you can often find roving City Ambassadors decked in a red coat around the market who you can approach for advice and help!

The seasonal night market which happens on Wednesday nights are pretty incredible as well when Queen Victoria Market transforms into what can only be described as a full-on festival with live music and global street food.

If you’re a foodie, Prahran Market will be your playground. Quite possibly Melbourne’s top premier food market, this foodie haven has been operating since 1864, doling out top quality food and produce for over 150 years.

Its reputation is well-deserving and you’ll immediately understand why it’s known as the “food lover’s market”. Step in, and you’ll get a whiff of a mishmash of smells that will excite and (most probably) confuse you. Then you eyes will wander across the space, seeing vendors pride themselves in offering the highest quality, locally sourced produce you can find.

What’s most important perhaps, is that Prahran Market goes beyond the mere offering of good food, it’s an environment that fosters healthy conversations on food, ranging from the history of produce to the best seasons, and right down to preparation.

For anyone who loves the eras of the past, Fitzroy Market will have you living out your fantasy. A vintage market focused on second-hand goods, you can find anything from clothes to homewares, jewellery and souvenirs.

Compared to the other markets on this list, the Fitzroy is more akin to a flea market, boasting a warm and cosy setting. While the Fitzroy Market is relatively small, offering less than a hundred stalls, you can be assured of receiving heart-warming hospitality with occasional fund-raising events where proceeds go to charities.

Opening Hours:
Every Saturday: 10AM – 3PM

If there is one thing that sets the Esplanade Market out at St. Kilda’s apart from its contemporaries, it would have to be the fresh ocean air. Operating since 1970, the St. Kilda Esplanade Market has plonked itself right by the seaside, giving the people of St. Kilda a nice cooling sea breeze, good grub and creative craftwork – all with splendid views of the sea!

One of Melbourne’s most celebrated markets, it’s here where you can find an eclectic array of handicrafts designed by some of the best local creative minds. Not merely a tourist attraction, the St. Kilda’s Esplanade Market has long served as a stepping stone and launchpad for many budding local artists and creatives to showcase their talent.

Head to St. Kilda’s if you want to catch a glimpse of Melbourne’s creative folk at work, and hey, you can even pick up a souvenir or two to remember your time in Australia’s artsy city.

As the distant sun sets, the rays illuminate the running waters of Horsetail Falls within Yosemite National Park, and the backlit of the sun...
Read more
See & Do

5 Places Where the Sun Never Sets

“Man alone measures time. Man alone chimes the hour. And, because of this, man alone suffers a paralyzing fear that no other creature endures....
Read more