Travelling is still a miles away as every country juggles reopening their economy and borders along with the potential of a second wave hitting.

Singapore has most recently moved into Phase 2 with dining in and the resumption of social activities welcomed by many. While not all restrictions have been lifted, we are gradually returning to a semblance of normal pre-Covid-19.

Since the start of Circuit Breaker back on April 7, all attractions have been closed but come July 1, several local attractions will reopen, and we thought that there’s no better time than now to be a tourist in your own country.

Getting Close to Nature

Being cooped up at home for the better part of two months, many of us crave for the outdoors and nature. If you’re looking to get in touch with nature and see some cute animals, we know a few spots you might like to check out.

1. The Flower Dome @ Gardens By The Bay

The cooled conservatories in Gardens by the Bay have been a tourist magnet since their inception in 2012, so if you want to escape the stream of tourists often seen, now’s your chance.

The largest glass greenhouse in the world, the Flower Dome features flowers from all around the world in a specialised cool and dry Mediterranean climate.

When the Flower Dome reopens, there’ll be a special floral display with a dedicated area called Edible Garden showcasing a range of vegetables and herbs that are grown for use in the kitchen. The space is designed to create awareness on the importance of sustainable food production.

The varied species of plants and flowers makes this a worthwhile trip, and doubles as an excellent way to beat the sweltering heat of Singapore.

Boasting large walk-in aviaries like the Lory Loft and unique areas featuring the ever-cute penguins at the Penguin Coast, the Jurong Bird Park is an underrated attraction to visit. If you want a fresh change, here’s a place to head to!

Need a daily dose of #squee? Go to ChannelNewsAsia.com for details on the latest addition to #RiverSafari – a feisty female red panda named Keta, who joins a previously all-boys club at the Singapore attraction. (Photos: Wildlife Reserves Singapore)

The River Safari is the latest instalment into the Wildlife Reserves Singapore family and it so happens to be Asia’s first and only river-themed wildlife park.

It’s the home of 400 plant species and over 7,500 aquatic and terrestrial animals, boasting one of the largest collections of freshwater animals. You’ll be able to catch of a glimpse of rare and endangered species from the manatee to the Mekong giant catfish.

If you need any more motivation, the Red Pandas are simply adorable!

One “open concept” which has seen quite a resounding success is the world’s first free-ranging habitat for orangutans. The space was created to mimic the natural environment of the apes with a raised boardwalk allowing visitors to get a bird’s eye view of the enclosure.

Attracting approximately 1.9m visitors annually, the Singapore Zoo is a local attraction hotspot and well worth a visit if you haven’t been there in a while.

It's easy to feel overwhelmed by what's going on in the world, just remember to take those important personal moments to rejuvenate and reconnect. 💪🏻

The S.E.A. Aquarium is the bigger and better version of what used to be the Underwater World at Sentosa.

Part of Resorts World Sentosa, the aquarium boasts some 100,000 underwater creatures from over 1,000 species that features leopard sharks to goliath groupers. Divided into various habitats, each section will have you explore species from around the globe like the Bay of Bengal to the Great Lakes of East Africa.

The S.E.A. Aquarium masterpiece, the Open Ocean Habitat, is truly eye-catching and you will have you feeling immersed in wonder at the bottom of the ocean floor.

If getting close with nature isn’t for you, we have some alternatives that we’re sure you’ll like.

Today is World Oceans Day! 🌊 We celebrate the beauty and value of the vast ocean basins that cover more than 70% of the Earth’s surface. Thank you @awennaaa_ for this #Throwback photo of The Skyscraper – the Bruges Whale, an 11 metre tall sculpture that whale-comed guests outside our museum as part of our Season of Sustainability initiative.🐋 Made up of almost 4,500kg of reclaimed ocean waste, the eye-catching whale sought to shine a light on the ocean’s plastic pollution from waste that have been washed from major cities into the oceans . #WorldOceansDay #ArtScienceMuseum #PhotooftheDay

The ArtScience Museum is one of the few museums in Singapore that constantly amazes people with their interactive and innovative galleries.

Take note that the Future World exhibit opens on July 1 while the 2219: Futures Imagined is only slated to reopen on July 3.

If pure fun and entertainment are what you want, then there’s really no better place on this list than Universal Studios Singapore.

Now, I know this isn’t exactly indoors per se, but it isn’t a park in the traditional sense either. Since USS opened in Singapore, it has attracted droves of people, both tourists and locals and queue times were quite often an issue.

But that’s all about the change, at least for the foreseeable future. Even before Circuit Breaker, there were minimal crowds seen in USS and with it’s reopening this week, there won’t be hordes of people just yet. As such, there’s really no better time to visit USS, and you can ride the Battlestar Galactica as many times as you want.

If rollercoasters aren’t your jam, you can get to see your favourite cartoon characters come to life and that’s a treat even adults can enjoy.

Other than samsui woman, who else came to Singapore to look for jobs back in the days?! #history #SingaporeHistory

Madame Tussauds is an internationally renowned wax museum and it quickly gained a lot of hype when it first arrived in Singapore.

Its Singapore outpost has more than just your typical celebrity wax figures featuring a section titled Images of Singapore Live where you’re brought around by an actor to revisit Singapore’s history, something that isn’t available in our local museums.

If you’re looking for a totally new museum experience, Madame Tussauds Singapore should be your next stop!

Singapore is an island city that’s always green, clean and sunny. It has been ranked as one of the best cities in Asia. Often...
Read more
Discoverist x CR

We're here to make all your shopping dreams come true with some of the best prices that you might have missed during the great...
Read more
See & Do

Hong Kong: A Day In The Outlying Island Of Cheung Chau

The vibrant city of Hong Kong offers a wide array of food and attractions like Ocean Park and Disneyland, but for avid travellers who...
Read more 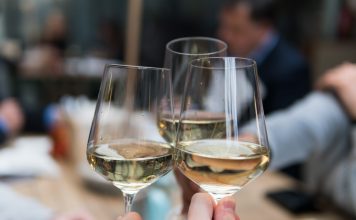